No disappointments for UP despite failing to get podium finish 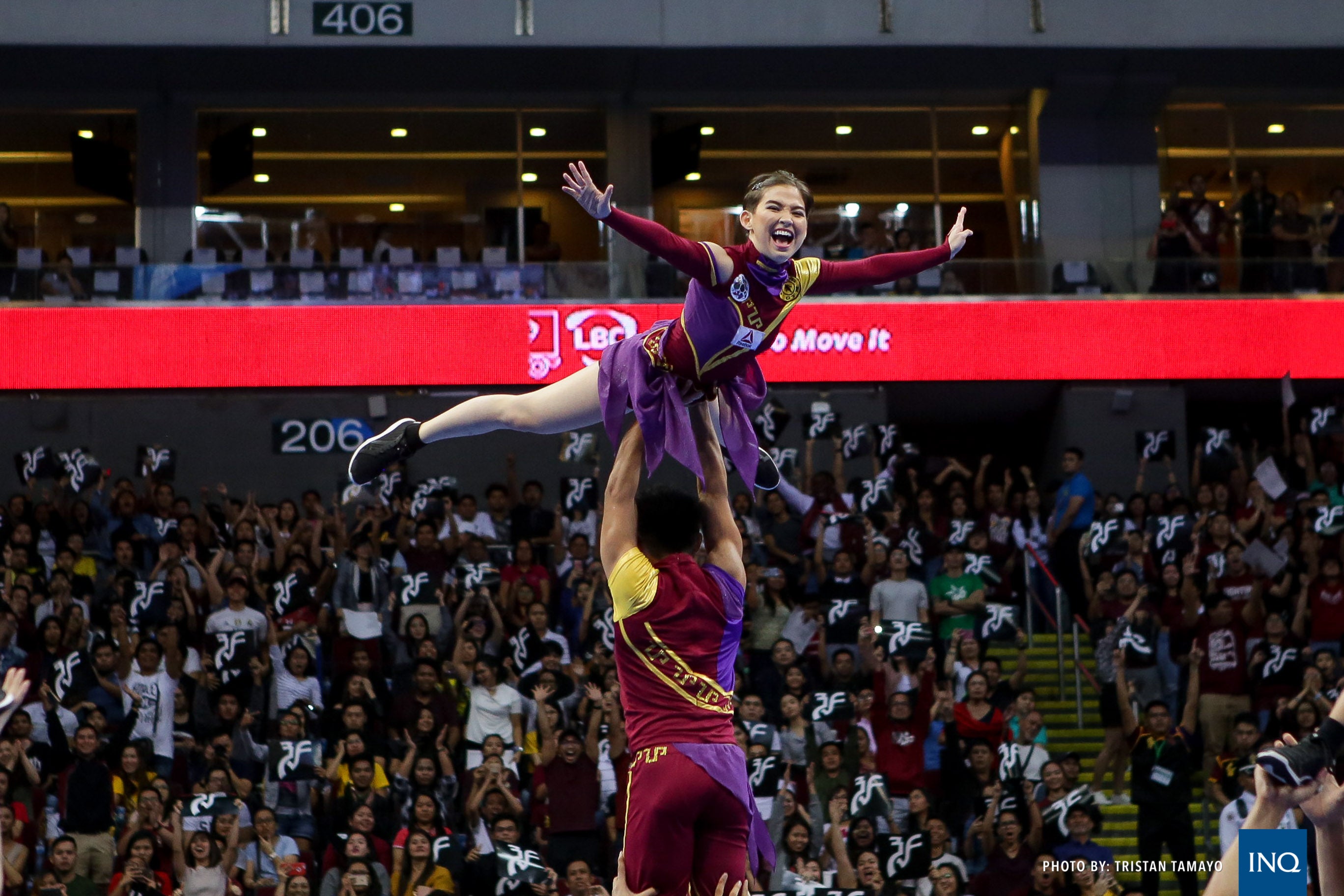 UP Pep squad performs during the 2017 UAAP Cheerdance Competition at Mall of Asia Arena. Photo by Tristan Tamayo/INQUIRER.net

University of the Philippines has always carried a reputation that it will always provide the “wow” that will linger in memory in the UAAP cheerdance competition.

Being eight-time champions, the UP Pep Squad was expected to at least take the podium in its return after boycotting the event in Season 79 but expectations turned to dust as the dance troupe from Diliman finished in sixth place.

Although UP Pep Squad sunk to their lowest finish in their storied history, the captains have no disappointment.

“After all that time, it still feels great to perform for the UP community because they’re always there for us,” said co-captain Megan Mendoza Cabrera in Filipino Saturday at Mall of Asia Arena.

“Actually, we have a really relaxed feeling because we worked really hard and we gave our best. This team had been through so many setbacks, injuries, but at the end we’re still able to present.”

UP scored 575.50 points of the possible 800 in a routine that relied more on dance than stunts.

The highlight of UP’s routine came when the middle lift of the three-lift formation paid homage to 1987 flick Dirty Dancing when Patrick Swayze carried Jennifer Grey with the latter spreading out her limbs.

Co-captain Thea Obanil said they weren’t disappointed when they failed to crack the top three, saying their performance was a tribute to the UP community.

“We’re still happy even though we didn’t have a podium finish, we know that we gave it our best for the UP community,” said Obanil. “We’re happy with whatever that happened, in the end the community’s still there to support us even if we don’t get a podium finish.