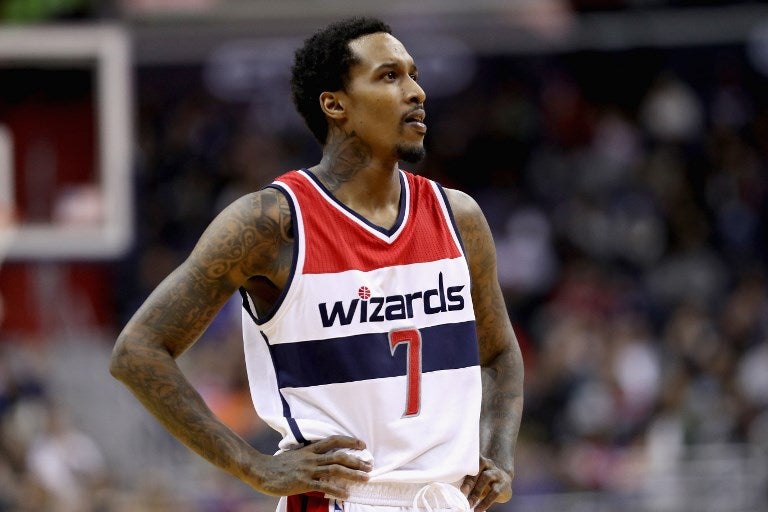 FILE – Brandon Jennings of the Washington Wizards looks on against the Toronto Raptors at Verizon Center on March 3, 2017 in Washington, DC. Rob Carr/Getty Images/AFP

MILWAUKEE — Brandon Jennings is returning to the Milwaukee Bucks, resuming his NBA career with the team that took him in the first round of the NBA draft nearly a decade ago.

The Bucks signed Jennings to a 10-day contract on Sunday. The 10th overall pick of the 2009 draft out of high school will provide depth in a backcourt hit by injuries to ball handlers Malcolm Brogdon and Matthew Dellavedova.

“Just come in, play hard, run the second unit, get guys the ball, get Giannis (Antetokounmpo) the ball,” said Jennings, referring to the Bucks’ All-Star forward in describing his role with the team.

Jennings most recently played for the Wisconsin Herd, the Bucks’ G League affiliate. He averaged 21.4 points, 7.6 assists, 4.7 rebounds and 1.6 steals in seven games with the Herd.

The eight-year NBA veteran has had plenty of stops in a well-traveled career since being traded to the Detroit Pistons in 2013 in a deal that brought second-leading scorer Khris Middleton to Milwaukee.

Prior to his stint with the Herd, Jennings played with Shanxi Zhongyu in the Chinese CBA.

The 28-year-old Jennings had NBA stops with the New York Knicks and Washington Wizards last season. He has also played for the Orlando Magic.

“Just being back with Milwaukee feels like home. I can call the Milwaukee Bucks my family,” Jennings said Sunday. “A lot of people don’t get second chances, but I’m grateful, I’m blessed for this opportunity.”