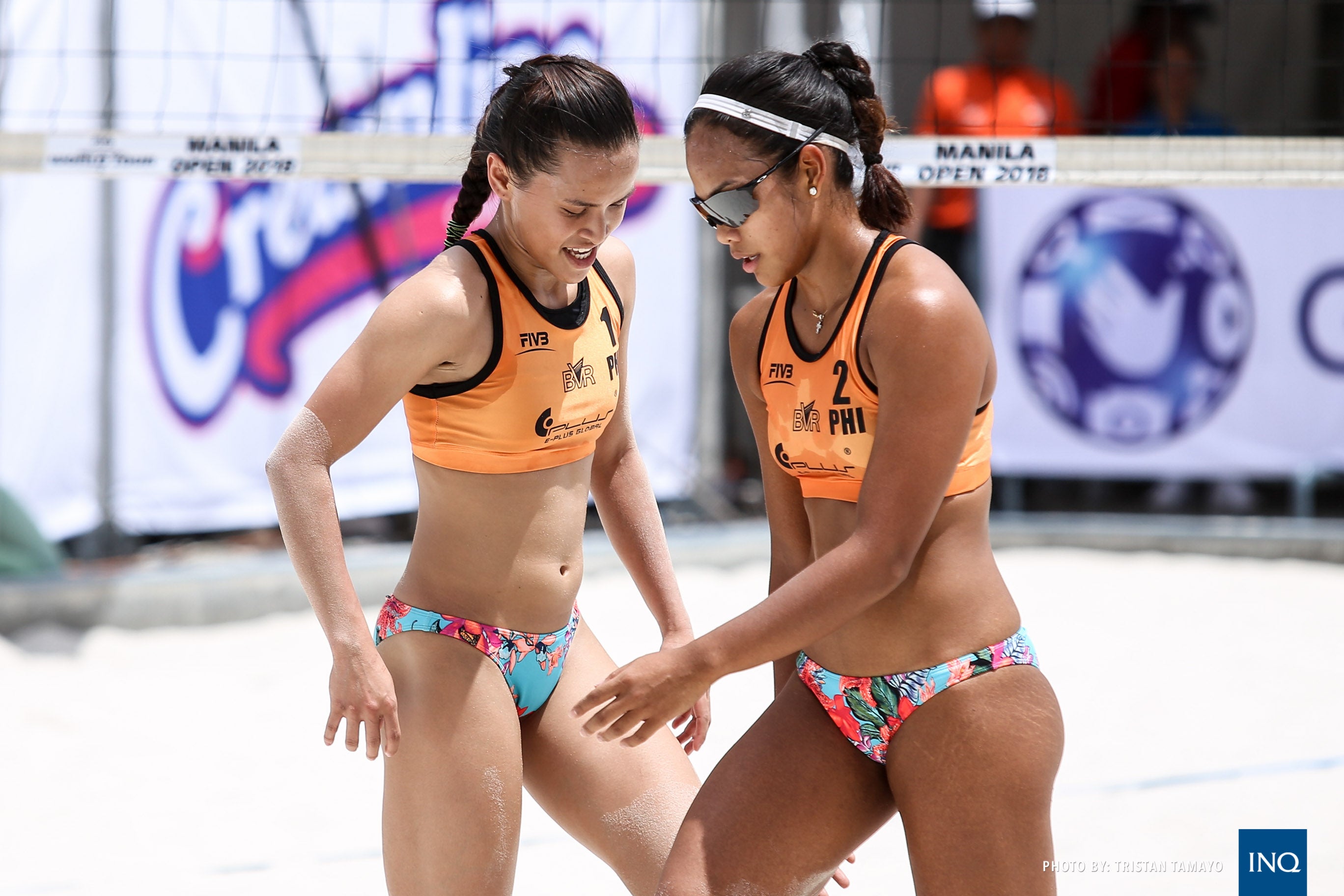 Cherry Rondina and Dzi Gervacio’s Cinderella run has come to an end after a bitter defeat to Japan’s Shinako Tanaka and Sakurako Fujii, 21-13, 17-21, 15-11, in the quarterfinals of the FIVB Beach Volleyball World Tour Manila Open Saturday at SM Sands by the Bay.

The Philippines’ last stand in the one-star tournament fell to the partnership that was once the top team in Japan and had already played in a four-star event before the Manila Open.

Rondina and Gervacio, meanwhile, are both first timers in an FIVB World Tour and taking an experienced team to a third set was enough for them to give themselves a pat on the back.

“We played against a top seed team and we were able to stretch them to three sets,” said Gervacio in Filipino of Tanaka and Fujii, who topped Pool C after two wins in as many games.

“We’re happy and proud that in whatever way we were able to match up with them it’s just that we fell short in the end,” said Rondina, whose partnership with Gervacio ended in wins over USA and Canada.

Japan’s experience was evident in the first set after Tanaka and Fujii made quick work of Rondina and Gervacio, but the second set became a different story altogether for the Philippines.

Rondina, the most powerful scorers in the UAAP,  starred in the Filipinos’ stirring run, scoring the kill for a 16-11 lead before nailing two straight to seal the second set.

Japan, however, found its groove back in the third set after Fujii denied Rondina for the 12-8 lead.

Although Rondina kept the Philippines alive in the third set with back-to-back points, 13-11, Tanaka was eager to put the hosts away as she sent her service ace bouncing off the Philippines’ star to bag the win.

Tanaka and Fujii are set to face compatriots Takemi Nishibori and Ayumi Kusano in the semifinals on Sunday.