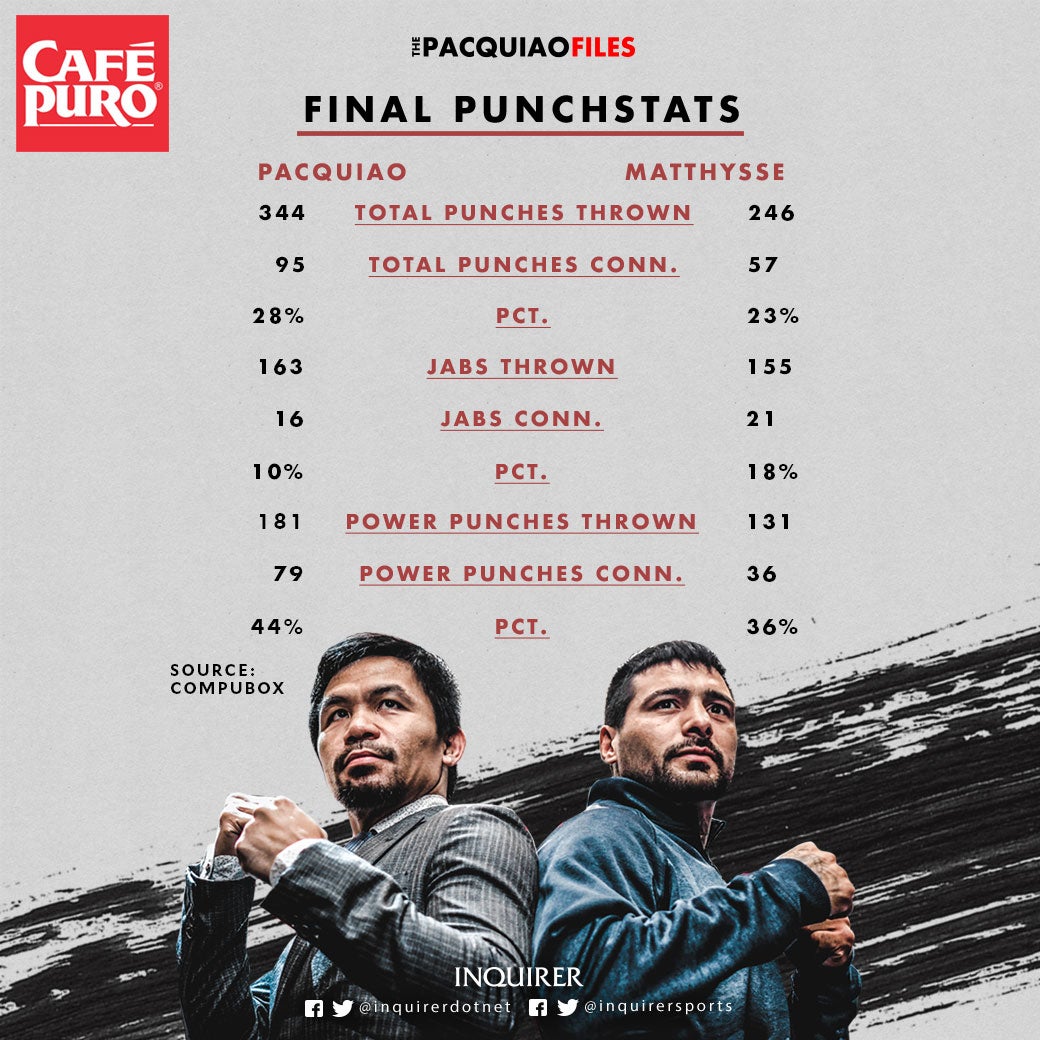 KUALA LUMPUR—Manny Pacquiao literally pulled no punches, especially in the power shots department, against Lucas Matthysse in their welterweight title bout on Sunday.

Proving that he is still going strong at 39 years old, Pacquiao tagged Matthysse with 79 power punches while the Argentine only landed 57 total punches out of his 246 thrown.

Pacquiao threw a total of 344 punches, 181 of which were power punches.

The eight-division champion knocked down Matthysse three times. First in the third round then, fifth and finally in the seventh where referee Kenny Bayless stopped the fight at the 2:43 mark. Pacquiao was aggressive from the get-go and kept Matthysse busy throughout the bout with his constant attack.

It was like the Pacquiao of old with his punches coming from all angles but still nowhere near his prime when the newly-minted WBA titleholder would let his hands go at will.

Pacquiao threw more than a thousand punches twice in his career. He kept Joshua Clottey in his shell, bombarding him with 1,231 thrown in March of 2010 before throwing 1069 punches against Antonio Margarito eight months later to win the vacant WBA light middleweight belt.