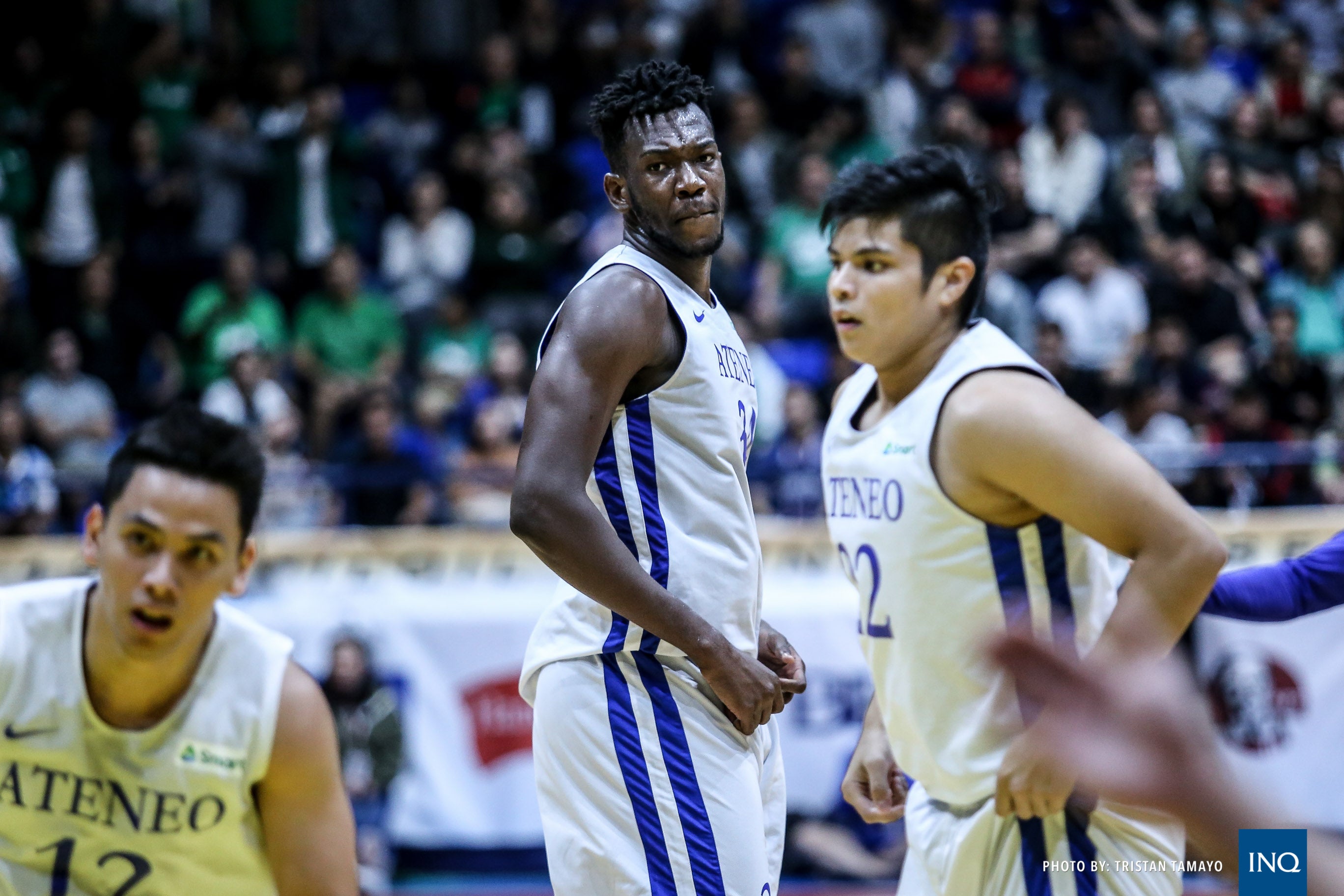 Ateneo stopped its two-game skid and fended off Japan, 80-74, for its second win in the 2018 William Jones Cup Wednesday at Xinzhuang Gymnasium.

The Blue Eagles improved to 2-2 after losing two straight games while Japan dropped to 1-3.

Thirdy Ravena flirted with a double-double with 14 points and nine rebounds to go along three steals while Adrien Wong and Matt Nieto had 11 and 10 points, respectively.

Takuma Sato led Japan with 12 points while Koyo Takahashi and Keita Imamura had 11 and 10 points, respectively.

Ateneo also had solid contributions from Gian Mamuyac and Jolo Mendoza who had nine and eight points, respectively.

Read Next
ONE: Folayang needs to ‘keep winning’ as he eyes another title shot
EDITORS' PICK
The vivo Y02 is now available in the Philippines for only PHP 5,299
Lawmakers eyeing more changes in Maharlika plan
Shop smarter with vivo’s big 12.12 holiday deals
Hidilyn Diaz wins only gold missing from her collection
House energy committee chair Arroyo bats for cheap electricity
How not to retire as an ex-president
MOST READ
Jovit Baldivino, ‘Pilipinas Got Talent’ winner, dies at 29
Singers, fellow colleagues pay tribute to Jovit Baldivino: ‘Isang kapatid sa pag-awit’
Andi Eigenmann, family in Manila for a quick visit; Ellie dines with grandma Jaclyn Jose
Object of ridicule, suspicion, derision
Don't miss out on the latest news and information.