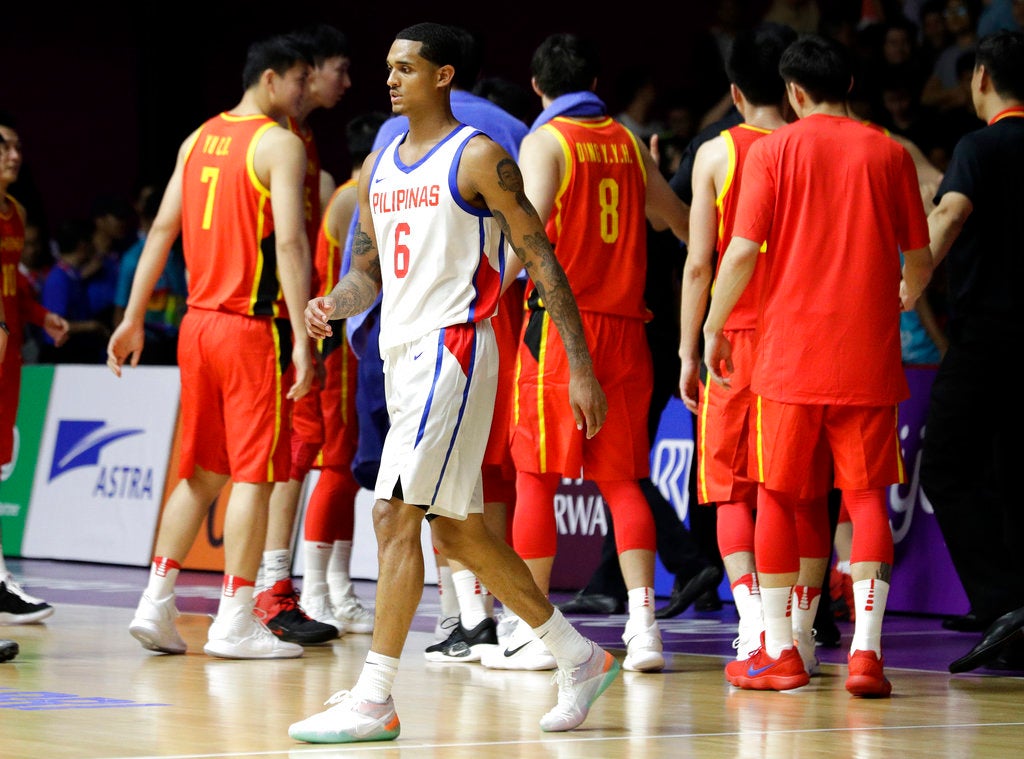 JAKARTA—Basketball patron Manny V. Pangilinan remains hopeful that Jordan Clarkson can still play for Gilas Pilipinas beyond the 18th Asian Games and said that his “optimism continues to grow everyday despite the headwinds and the continuing bad weather” in the country’s basketball scene.

“Like all Filipino fans, I was happy (despite the loss to China last Tuesday),” Pangilinan told the Inquirer. “Most especially to see how a young Filipino player could play so well, even if it was his first time to play with us. I refer to Jordan Clarkson.”

READ: Worth the wait: Jordan Clarkson dazzles in Philippine debut

The Cleveland Cavalier in the NBA electrified the region in his Gilas debut, and though the Filipinos fell a tad short against the Great Wall, the expectations to land a medal in this continental showcase was elevated because of that single game.

“My optimism continues to grow everyday, despite the headwinds and the occasional bad weather.”

Pangilinan was obviously referring to the string of events that led to the country’s Asiad participation, where the PBA, despite a last hour notice, willingly lent a team made up of Rain or Shine’s core and superstars Stanley Pringle, Paul Lee and rookie Christian Standhardinger, among others.

The Inquirer report earlier in the week stating the PBA would be providing a smorgasbord of players for the Yeng Guiao teams that will play the next two Fiba World Qualifying games is also not lost on Pangilinan.

“The news that the PBA would open its doors fully for deployment of any of its players is certainly welcome,” he said. “With Clarkson as a part of Gilas (in the Fiba) – I hope! – our team would be formidable. We would have an even chance in regaining our supremacy in Asia. And it’s about time.”

Clarkson, though, as well as other NBA players in the Asiad, can only play in this tournament as part of their one-time agreement with the NBA.

A total of 10 Gilas regulars will be serving out multiple game suspensions slapped by the Fiba for the July 2 brawl with Australia in Bulacan, but Guiao can still choose from a field of talented players with June Mar Fajardo and Gabe Norwood escaping the axe that day.

PBA commissioner Willie Marcial said that all Guiao needs to do is identify the players and talk to the league’s board of governors together with the Samahang Basketbol ng Pilipinas when the Asiad team flies back home on Sept. 2 at the latest.

Whatever happens to the Filipino cagers for the rest of the Asiad, Pangilinan can’t help but be satisfied. That one game, that loss to China, certainly affirmed his belief that the Filipino truly can.

“Yes, it is worth it,” Pangilinan said when asked if losing was worth all the trouble, when he and the SBP pulled out all the stops to send a team here and ultimately make Clarkson a part of it. “There is no price
you can attach to any effort that serves the country.

“Especially one which raises the stature of the Filipino,” said Pangilinan in concluding.