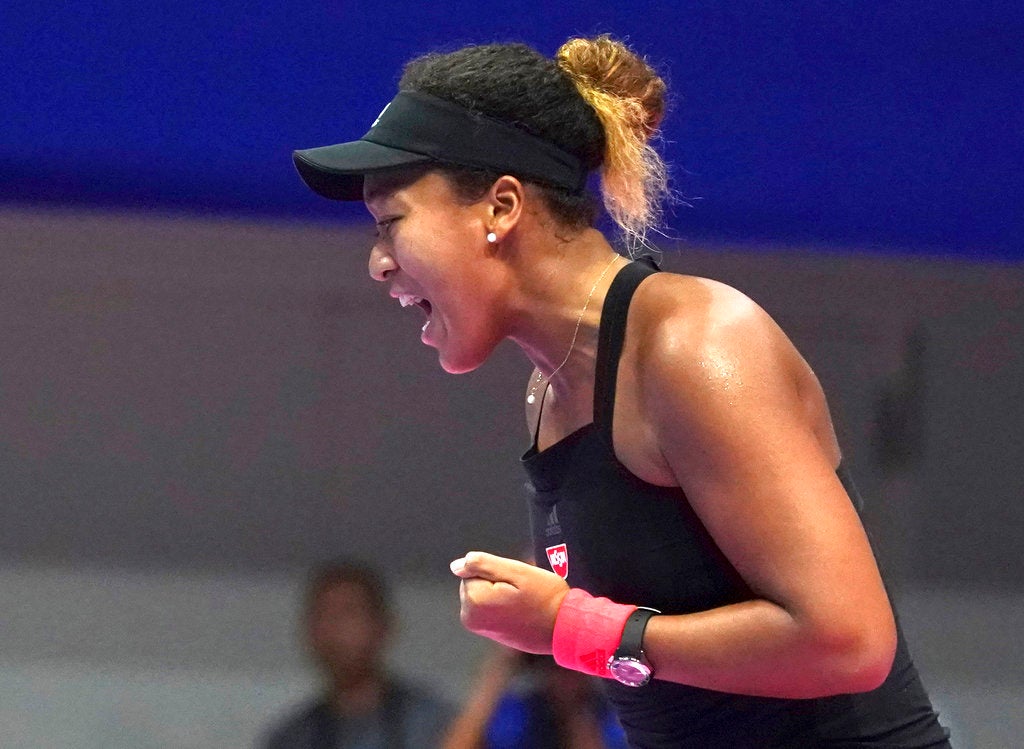 Naomi Osaka of Japan reacts as she won a point against Italy’s Camila Giorgi during the semifinal match of the Pan Pacific Open women’s tennis tournament in Tokyo Saturday, Sept. 22, 2018. (AP Photo/Eugene Hoshiko)

TOKYO— Naomi Osaka eased into the final of the Pan Pacific Open on Saturday with a comfortable 6-2, 6-3 semifinal win over Camila Giorgi.

The U.S. Open champion, who upset Serena Williams in the final in New York this month, overpowered her unseeded opponent with a dominant serve and will face fourth-seeded Karolina Pliskova in Sunday’s final.

“My serve got me out of a lot of trouble today,” said Osaka. “She was playing really well and my serve helped me. I was a bit nervous because I really wanted to reach the final.”

Two years ago, Osaka lost in the final to Caroline Wozniacki, this year’s top-seeded player who was eliminated by Giorgi on Thursday.

Having not dropped a set over the course of her week, Osaka will next face a player who’s needed three dramatic sets in each of her matches to reach her second final of the season.

After saving two match points against American qualifier Alison Riske in the last round, and coming back from a set down against Daria Gavrilova earlier in the tournament, Pliskova had to go the distance once again, needing 2 hours and five minutes.

“It was another long one today!” Pliskova said after the match. “I feel like I’m improving in every match, but the opponents are always more tough. That’s normal in semifinals – there’s no easy opponents.”