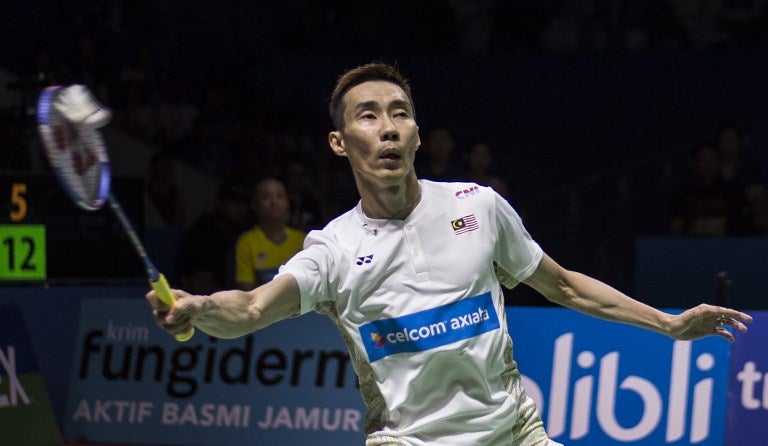 Lee Chong Wei of Malaysia hits a return against Kento Momota of Japan during their men singles semi-final match at the Indonesia Open badminton tournament in Jakarta on July 7, 2018. / AFP PHOTO / BAY ISMOYO

Malaysian badminton star Lee Chong Wei has early-stage nose cancer and is being treated in Taiwan, sports officials said Saturday, after weeks of speculation about his health.

The country’s most successful Olympian ever, who enjoys superstar status in his homeland, was responding well to treatment, they said.

But the illness will nevertheless be a devastating blow for the 35-year-old, coming after he clawed his way back up the rankings following a doping ban to play some of the best badminton of his life.

Speculation had been swirling about his health since he stopped turning up for training in July, and the Badminton Association of Malaysia (BAM) announced that he was pulling out of the World Championships and Asian Games.

Subsequent reports said the three-time Olympic silver medalist had traveled to Taiwan for treatment but officials remained tight-lipped about what he was suffering from.

In a statement Saturday, BAM president Norza Zakaria said “that the player has been diagnosed with early-stage nose cancer.

“BAM is in constant contact with (Lee) and we will offer any support we can to our legend.”

Missing the World Championships in July and August was a particular blow for the former world number one as the tournament’s top honor is one of the major awards missing from his trophy cabinet.

Badminton is hugely popular in Malaysia and one of the few sports where the country’s athletes perform well at the highest levels.

Lee’s unsuccessful attempts to capture Malaysia’s first ever Olympic gold medal at three consecutive editions of the Games were followed avidly back home, as was his long-running rivalry with Chinese superstar Lin Dan.

His last shot at Olympic gold at Rio 2016 ended in failure when the Malaysian lost out to China’s Chen Long in a nail-biting final.

Lee, currently ranked number four in the world, had said Rio would be his last Olympics.

Lee had fought his way back to the top of the rankings after returning from a doping ban in 2015.

He tested positive for a forbidden anti-inflammatory drug at the 2014 world championships and many feared it would end his career, but he bounced back strongly.