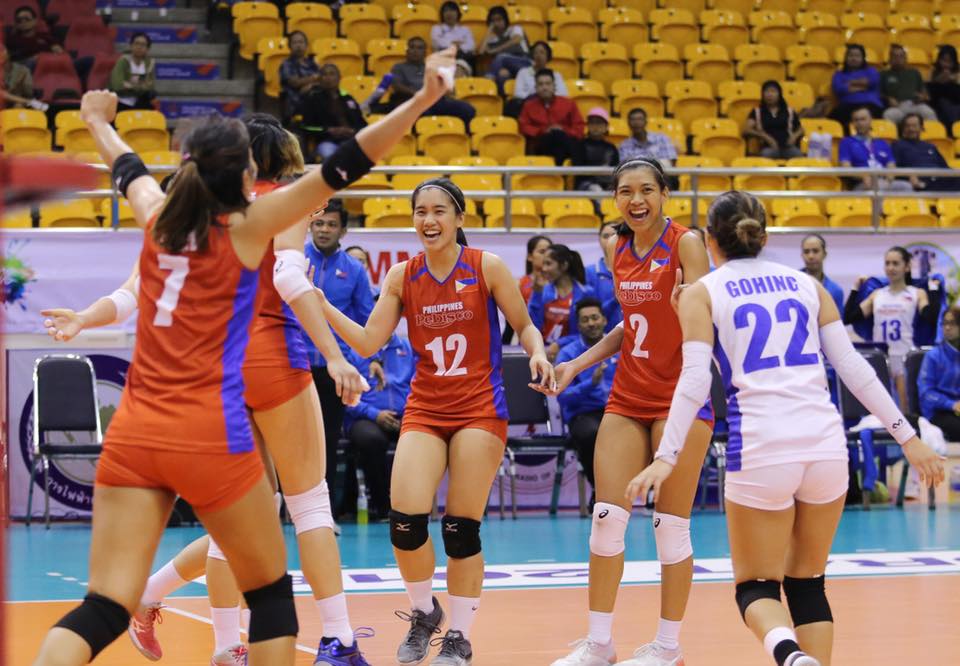 The Philippines wound up ninth among 10 teams in the tough tournament that qualified only the best teams in the region.

Mika Reyes, one of the team stalwarts, said they struggled to form chemistry as the team only able to practice as a whole team one day before the meet starts.

“Given the span of time, I think we did well because we had major adjustments playing as one team,” the starting middle blocker said.

“But we I think the crucial part there was in the preliminaries where we didn’t allow them to beat us easily,” she added.

The Philippines also defeated Kazakhstan in Group stage but failed to make the quarterfinals after letting its matches against Australia and Iran slip away in five sets.

Matched against Korea in the playoffs, the Filipinas showed big fighting heart before losing in four frames, relegating the country to battles for ninth.