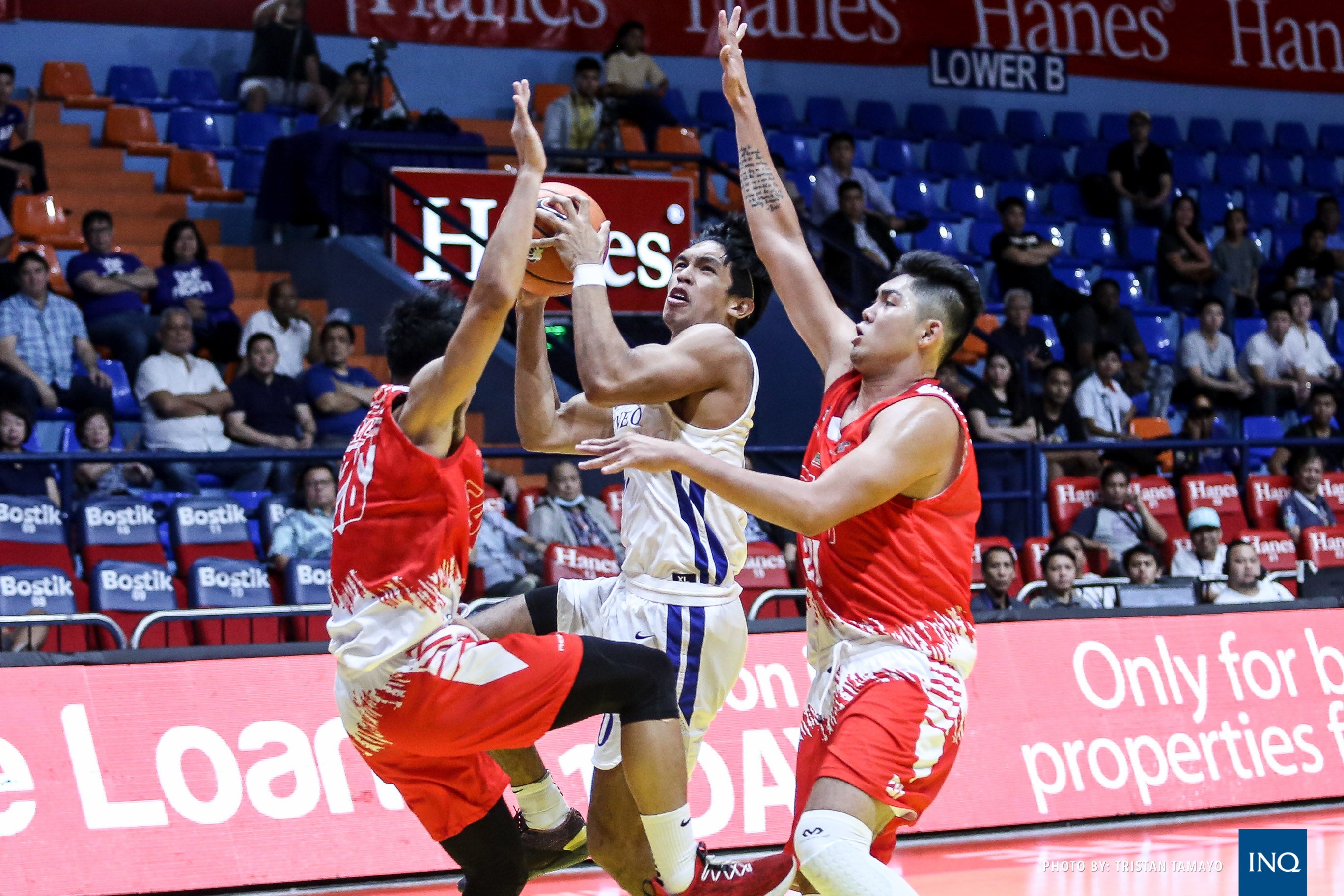 Ateneo made easy work of University of the East, 89-62, for its third straight win in the UAAP Season 81 men’s basketball tournament Wednesday at Filoil Flying V Centre.

The Blue Eagles erected a 24-10 lead after the first quarter and never looked back.

UE tried to fight back midway through the third quarter with an 8-0 run but it hardly made a dent on the Blue Eagles’ fortress with Ateneo still leading by 14, 58-44, after the Red Warriors’ futile show of force.

“We wanted to control the boards, the second one is we knew that UE fights hard and in regards to out core we wanted to match their intensity from the start until the end,” said Ateneo assistant coach Sandy Arespacochaga.

UE averages 17.67 offensive rebounds making the Red Warriors the third best team in that category but the Blue Eagles managed to take that away with unrelenting hustle underneath.

Ateneo outrebounded UE 46-27 and had a distinct 19-9 advantage in the offensive glass.

“We wanted to make sure we executed well against their changeup defense so we’re quite happy with the fact that we addressed those three things,” added Arespacochaga whose team converted on a 34-of-71 clip while holding UE to 28-of-61 shooting.

Despite a near flawless outing, the Blue Eagles suffered an injury scare after wingman Raffy Verano, who led Ateneo’s offense with 12 points on 6-of-8 shooting, suffered an ankle sprain at the 8:52 mark of the fourth.

A big factor in Ateneo’s rebounding dominance was Angelo Kouame who finished with eight points and 15 boards.

Alvin Pasaol led the Red Warriors, who have yet to win after four games, with 17 points and eight boards.

Post-game with the Ateneo Blue Eagles after their 89-62 win over UE.