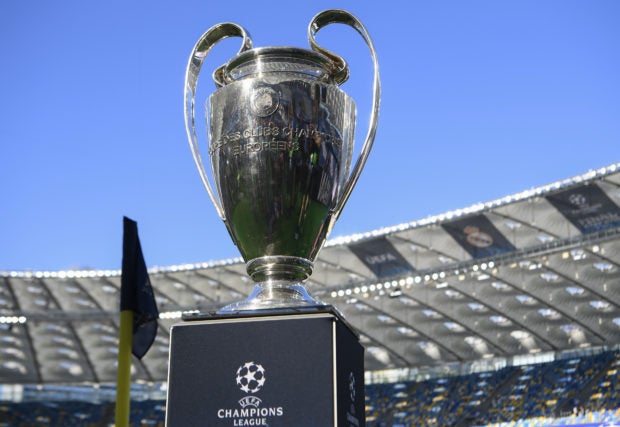 In this file photo taken on May 26, 2018 the trophy is displayed before the UEFA Champions League final football match between Liverpool and Real Madrid at the Olympic Stadium in Kiev, Ukraine.
The trophy of the Champions League 2017-2018, the thirteenth C1 in the history of Real Madrid, was placed on June 1, 2018 in the showcase of the Santiago Bernabeu stadium which, according to the Spanish press, had to be enlarged to accommodate this fourth title won in five years. / AFP PHOTO / LLUIS GENE

Germany, which successfully hosted the 2006 World Cup, was the long-time favorite and won the UEFA executive committee vote 12-4. There was one abstention.

Turkey is now a four-time losing candidate after failed bids to host Euro 2008, 2012, and 2016. This was the first time UEFA built human rights assessments into the process.

“Every democratic decision is the right decision,” said UEFA president Aleksander Ceferin, who has been closely allied with German soccer federation president Reinhard Grindel as European colleagues on the FIFA Council.

UEFA relies on its signature competition to help fund 55 member federations. Revenue from the 24-team Euro 2016 in France was almost 2 billion euros ($2.35 billion). UEFA got 850 million euros ($1 billion) in profit.

The UEFA voters were given confidential revenue projections for each candidate’s plan.

Germany plans to use 10 stadiums for the 51-game tournament and play the final in Berlin or Munich.

Turkey proposed its strongest bid yet with eight of 10 stadiums already completed, yet was likely to struggle in the first UEFA hosting vote with a human rights assessment.

The government of President Recep Tayyip Erdogan has become increasingly authoritarian and a UEFA report into the candidates published last week noted Turkey’s lack of a tournament plan to address human rights.

A currency crisis in Turkey has also seen the lira lose almost half its value against UEFA’s working currency, the euro, in the past year.

Germany will look to recapture the positive feeling of its month-long 2006 World Cup, which became known as the nation’s “Summer Fairytale.” A well-liked and underrated national team helped Germans express a fresh pride in their national identity and symbols more than a decade after reunification with East Germany.

Europe’s signature competition was hosted in 1988 by West Germany, one year before the Berlin Wall came down.

The election victory on Thursday is a welcome revival for the German soccer federation and its leader after four months of turmoil.

The federation and fans have had troubled relations with national team players Mesut Ozil and Ilkay Gundogan, whose roots are Turkish, before and after a poor showing at the World Cup in Russia.

The issue flared after the players posed for photos with Erdogan in London in May. Ozil then became a scapegoat for the team’s early World Cup exit. /kga