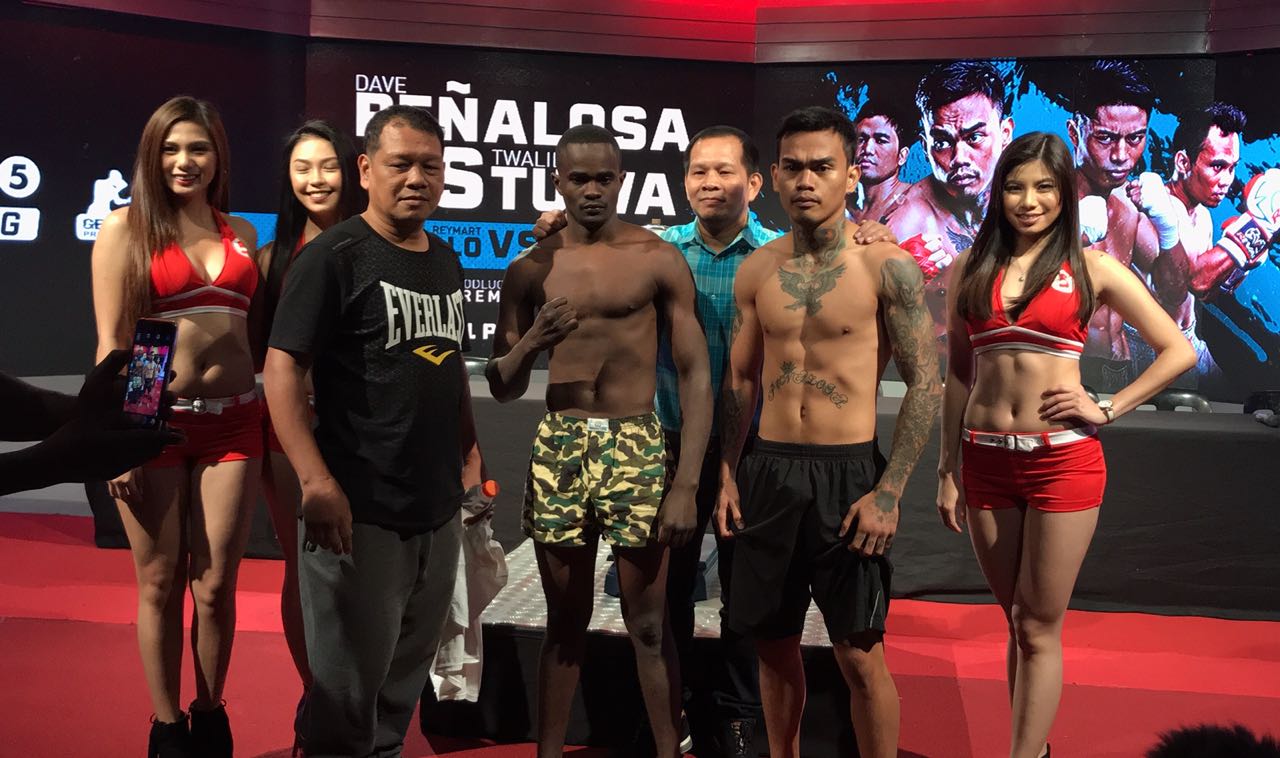 Former two-division champion Gerry Peñalosa believes his nephew Dave will be put to the test against Twalib Tuwa of Tanzania in their featherweight 10-rounder in Sunday’s main event pitting Filipino fighters against Tanzanians.

Dave (13-0, 9 KOs) is coming off a second-round knockout victory over an overmatched Indonesian in Ricky Manufoe two months ago in Tagbilaran City, Bohol.

The younger Peñalosa knocked down Manufoe, who never had a chance, thrice and dealt him his 35th loss.

“He (Tuwa) is one if not Dave’s toughest opponent to date,” Gerry, who is promoting the event under his GerryPens Promotions, Inc., said in Filipino on Saturday.

“I specifically asked the matchmaker to give Dave a tough opponent so that we will be tested and we can see what he’s all about.”

“It won’t last 10 rounds because knowing Dave, right from the opening bell he’s gonna bring the fight. His opponent is a fighter as well so I’m sure someone’s going to go down.”

Dave, 27, however, doesn’t want to look too far ahead.

“I’m excited and at the same time I also feel pressure. Let’s see how the fight goes. If I get the chance to knock him out, of course I am going for it,” he said.