Sor Rungvisai would bring out best in Ancajas, says trainer 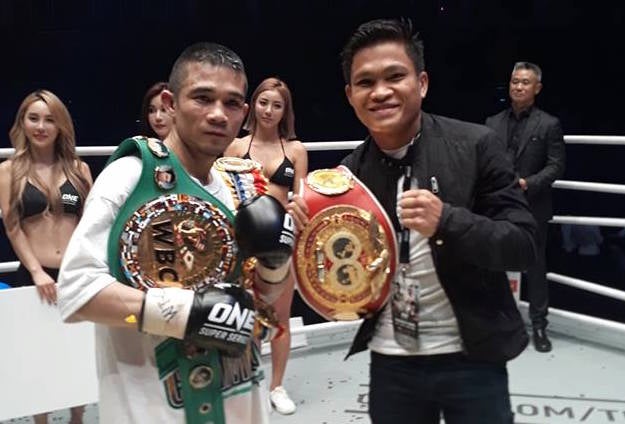 Jerwin Ancajas and his team got a close look at potential foe Srisaket Sor Rungvisai late Saturday night after sitting ringside in ONE: Kingdom of Heroes event at Impact Arena in Thailand.

Sor Rungvisai, the eighth-best pound-for-pound fighters in the Ring Magazine’s list,  earned a lopsided win over Mexican challenger Iran Diaz to retain his WBC super flyweight title a performance that thrilled his hometown crowd and left Ancajas licking his chops.

“Sor Rungvisai leaves himself open because he has this habit of dropping his hands,” Ancajas, the reigning IBF super fly champion, told the Manila Bulletin’s Nick Giongco, who covered the bout in Thailand. “He allows himself to get hit.”

“Sor Rungvisai is right there in front of you and he doesn’t mind getting hit,” said Jimenez in an interview with the Manila Bulletin. “This is the type of fighter Jerwin wants, a style that would bring out the best in him.”

Ancajas and Sor Rungvisai have been very vocal about fighting each other in a title unification clash and it could happen soon after Ancajas along with Jimenez and international matchmaker Sean Gibbons met and congratulated Sor Rungvisai inside the ring following the bout.

The 26-year-old Ancajas is coming off a split draw against Alejandro Santiago of Mexico in Oakland.