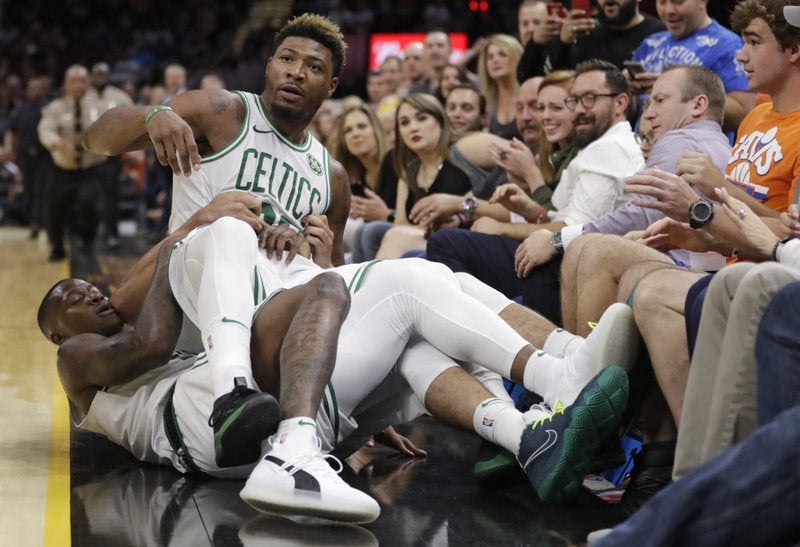 Boston Celtics’ Marcus Smart is held back by teammates during a scuffle in the first half of an NBA preseason basketball game against the Cleveland Cavaliers, Saturday, Oct. 6, 2018, in Cleveland. Smart was ejected from the game. (AP Photo/Tony Dejak)

NBA discipline boss Kiki VanDeWeghe fined Smart $25,000 for escalating the altercation and Smith $15,000 for shoving. Baynes was assessed $15,000 for initiating it.

The league announced the fines Monday.

In the first quarter of Saturday’s game in Cleveland, Smith and Baynes got tangled up while boxing out under the Boston basket. Smith gave Baynes a two-handed push, and Smart ran in from near mid-court to retaliate with a shove of his own.