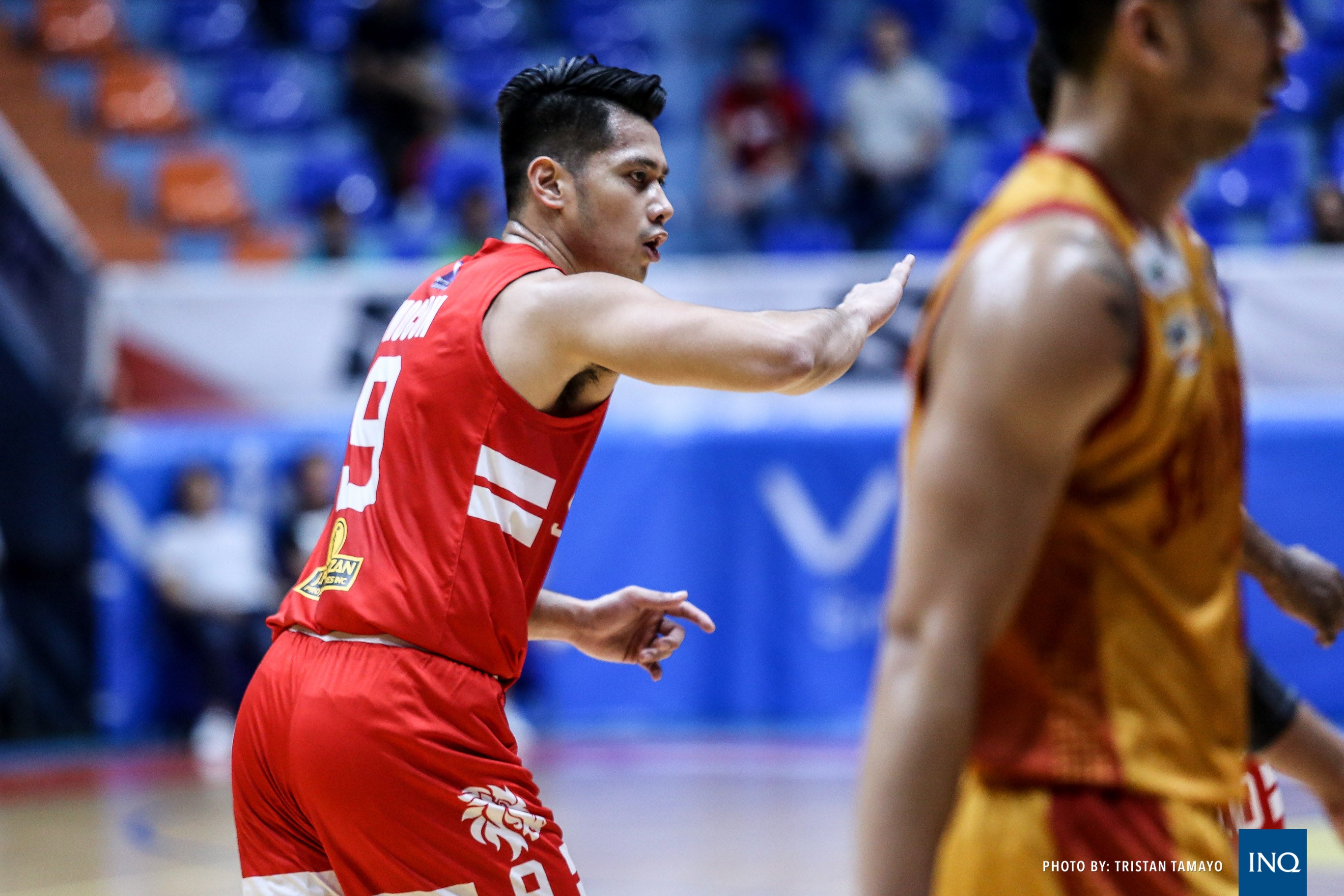 San Beda once again secured a twice-to-beat bonus in the NCAA Final Four, but star forward Javee Mocon warned against complacency at this point in the season.

The Red Lions still hold the top spot with a 15-1 record but they’re just half-a-game away from the no. 2 Pirates who also have a twice-to-beat bonus in the Final Four.

“It’ll be difficult if we become complacent at this point, everything starts in practice and what we need to do is put in extra work in both training and in games,” said Mocon in Filipino Thursday at Filoil Flying V Center.

San Beda has two more games in the elimination round, and it’s going to be a tough stretch as it faces Final Four teams Lyceum and University of Perpetual Help (11-5).

“We’re really in a playoff mode right now, we don’t know what the future holds,” said Fernandez in Filipino. “We’ll be ready every game, even though we’re in the top two, we’re still going to play.”

Mocon, who had 24 points and 11 rebounds in the 90-52 beating of Arellano , said they just have to follow Fernandez’ game plan if they want to finish the season at the top.

“We just have to follow coach’s orders and when we do that good things will happen,” said Mocon.