What if they had an Olympics, but no one would host? | Inquirer Sports

What if they had an Olympics, but no one would host? 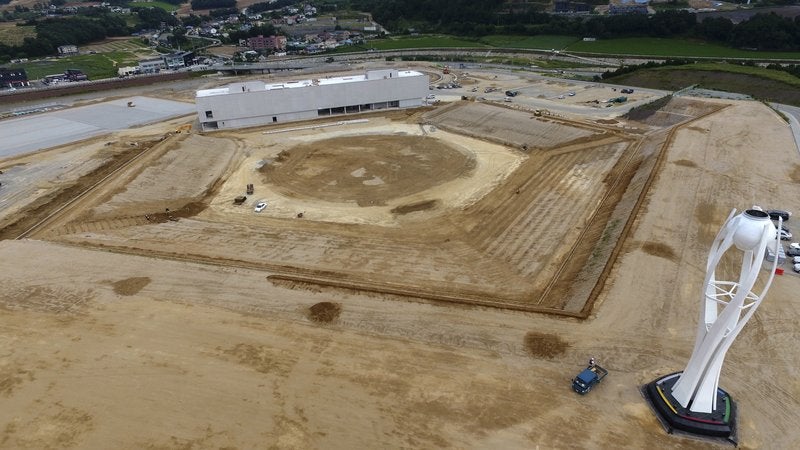 FILE – This Aug. 25, 2018, file photo, shows a general aerial view of the dismantled stadium for the opening and closing ceremonies of the 2018 Pyeongchang Winter Olympics with the Olympic cauldron, right, in Pyeongchang, South Korea. Pyeongchang is already considering razing some of the venues it built for this year’s Winter Games because there’s simply no use for them, while Tokyo is reportedly set to spend a staggering $25 billion on the next Summer Games. (Yang Ji-woong/Yonhap via AP, File)

What if they threw an Olympic party, but no one was willing to host it?

That day could be coming, and sooner than you might think.

With news Friday that Stockholm is likely to pull out of the race for the 2026 Winter Games — just days after it was approved as a candidate city by the International Olympic Committee — there is an ever-increasing chance that no one will be left to hear its name called by the time the final decision is made next year.

The only other cities interested in hosting are Calgary, Canada, and the combined Italian bid of Milan and Cortina d’Ampezzo. But Calgary’s proposal faces a crucial referendum next month — and polls suggest it hardly has overwhelming support — while Italy’s plans are marred by a lack of government backing and the memory of Rome pulling out of the race for both the 2020 and 2024 Summer Games .

As if cities needed any further reminder of what a boondoggle the Olympics is: Pyeongchang is already pondering whether to raze some of the venues it built for this year’s Winter Games because there’s simply no use for them, while Tokyo is set to spend a staggering $25 billion on the next Summer Games — and maybe even more.

“They’ve got to rethink the whole model,” said Mark Conrad, who runs the sports business program at Fordham University.

Here are a few suggestions:

This idea has been thrown around for years but never taken seriously by the IOC.

At the very least, the Winter Games should move toward this concept as soon as possible given its more limited appeal and having fewer cities capable of even hosting the snow and ice events (maybe even fewer in the years to come, given the potentially devastating impact of climate change).

Previous hosts such as Salt Lake City, Calgary, Japan (with Sapporo and Nagano sharing the load) and Norway (a similar arrangement between Oslo and Lillehammer) would be obvious candidates to serve on a rotating basis, since they have all the necessary facilities in place. Winter sports-loving countries such as Germany, Switzerland and Austria might be willing to get on board, too, if they could be assured costs wouldn’t spiral out of control.

On the Summer Olympics side, Sydney (perhaps co-hosting with Melbourne), Seoul, Los Angeles, London and Beijing all have the potential to become permanent rotating sites. It also would be a fitting gesture to include Athens, the birthplace of the modern Olympics, but the IOC would need to cough up a few billion dollars so the Greeks could fix up all the decaying, abandoned facilities left over from the financial debacle that was the 2004 Games.

“There was more resistance to this when everyone wanted to host,” said Matthew Robinson, a professor of business administration at the University of Delaware who has worked with the IOC. “Now, I think you’re going to see more of an open mind to the rotating idea.”

This is an area where the IOC has shown a complete unwillingness to make significant reforms, despite repeated calls to limit the enormous size of the games.

Instead of scaling back for the Tokyo Games, the IOC approved not one, not two, but SIX new sports : baseball, softball, sport climbing, karate, skateboarding and surfing. Not to mention, new disciplines were added for sports such as basketball (a three-on-three competition) and swimming (which will have a mixed relay for the first time). There’s even talk of video gaming being added for the 2024 Paris Games, to appeal to a more youthful audience.

The IOC should dump any sport that can’t guarantee the participation of its best athletes (farewell, baseball), along with all those that have limited global and spectator appeal (we’re looking at you, team handball, water polo and modern pentathlon). In addition, there needs to a serious culling in the number of events, even in more popular sports such as track and field (seriously, do we need race walking?) and swimming (a staggering 37 gold medals will be doled out in Tokyo).

IF YOU BUILD IT, THEY WON’T COME

Another area where the IOC talks a good game but rarely follows through.

While insisting that cities should only build facilities they can use after the games, Pyeongchang was allowed to spend more than $100 million on a temporary 35,000-seat stadium solely for the opening and closing ceremonies. Making that decision even more ludicrous: there was an existing 22,000-seat soccer stadium in the Gangneung Olympic Park that wasn’t even used during the games!

The madness continues in Tokyo. A new aquatics center costing some $250 million is under construction, even though the city already has a modern natatorium that will be used only for water polo. While an argument can be made that the existing facility (seating around 3,600) wasn’t big enough for Olympic swimming, there’s no explanation for why the organizers didn’t just install a temporary pool in one of the numerous indoor areas around the Tokyo metropolitan area. For instance, the 17,000-seat Yokohama Arena (less than 20 miles from downtown Tokyo) was passed over as a venue.

“On paper, Tokyo looked like a very solid bid,” Conrad said. “I cannot believe the costs.”

The IOC needs to follow through on what it preaches, which means nixing potential white elephants and saying no to individual sports federation that insist on the most elaborate venues for their athletes.

Why does a single city essentially have to host an entire Olympics?

The size of the games is simply too much for one locale to bear, so the IOC should consider awarding them to entire countries — maybe even several neighboring countries (much like soccer’s World Cup). That way, the plethora of sports could be divvied up to existing venues.

For that matter, there’s no reason why the games couldn’t be spread around the world every four years. It happened in 1956, when strict quarantine laws prevented the equestrian competition from being held in Australia, so it was shifted to Sweden (five months before the Melbourne Games, in fact).

Rio de Janeiro undoubtedly would have welcomed such an accommodation in 2016, when it was required to build a costly new golf course that would have more use these days as a cow pasture. Imagine how much more sense it would’ve made to stage golf in, say, St. Andrews rather than a country where it has little appeal.

Better get to it, IOC.

Otherwise, there won’t be anyone left to host your little party.