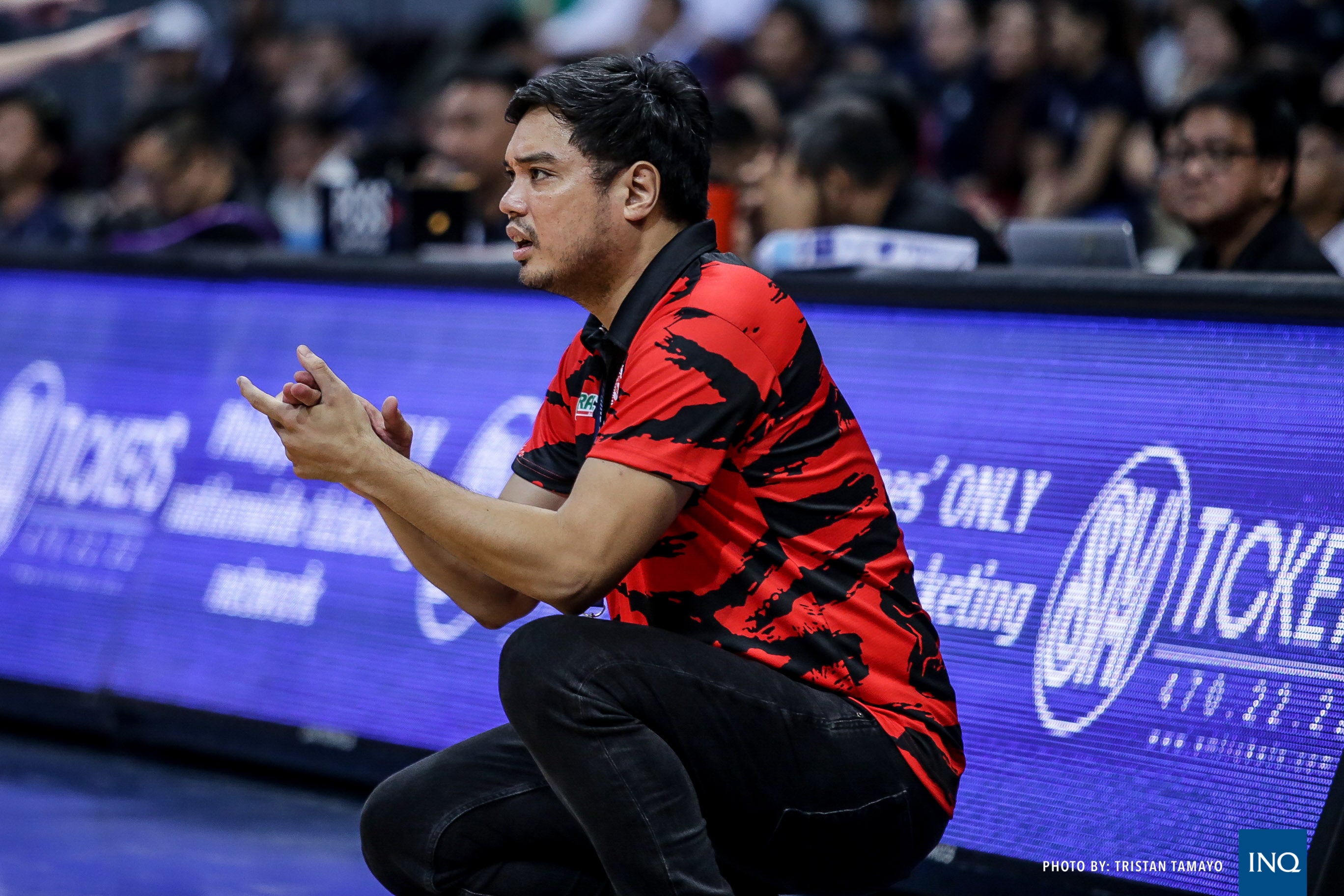 Jamike Jarin and Joe Silva have always have each others’ backs since the two were leading Ateneo in the juniors’ field of the UAAP.

Together, they won five titles with Jarin as the Blue Eaglets’ head coach and Silva his trusted assistant so when the two faced each other in the UAAP Season 81 men’s basketball tournament it had an atmosphere of a bittersweet reunion.

Jarin emerged as the victor when National University trumped Silva’s University of the East, 88-61, on Saturday.

For 40 minutes, Jarin treated Silva as the enemy but once the clock showed zeroes he knew that his former lieutenant would always be a special person to him.

“Coach Joe and the Silva family will always be family to me and I’ve known coach Joe since he was in fourth year high school in 1998,” said Jarin Saturday at Mall of Asia Arena.

After Jarin transitioned to the Blue Eagles as an assistant coach in 2011, and for a time a deputy under Norman Black with Meralco in the PBA, Silva took full control of the Blue Eaglets leading them to the Season 77 and 80 titles.

Also part of that Season 80 team was Dave Ildefonso, who is now with Jarin at NU.

“It’s fun and weird to play against coach Joe but coach Jamike said he’s the enemy but after the game, after everything, he’s still my coach,” said Ildefonso, who had 14 points, seven rebounds, and six assists, in Filipino.

“I’ve been a player of coach Joe’s for three years and he’s one of my mentors,” added Ildefonso.