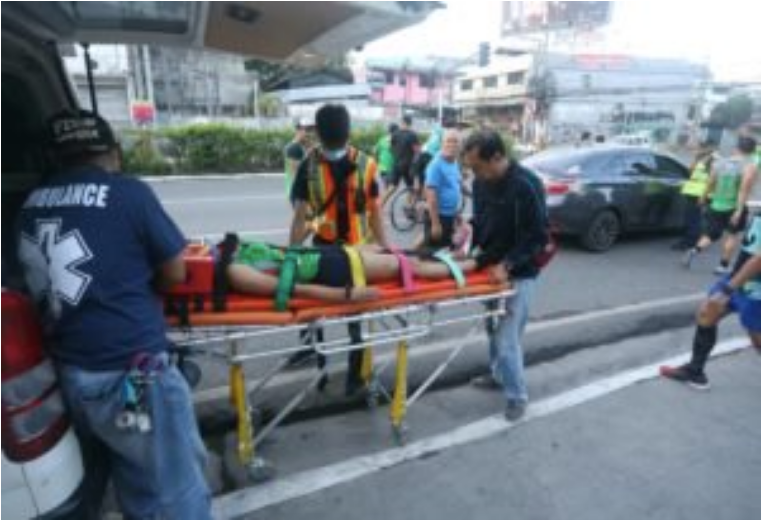 Hazel Conde, a Milo Marathon participant, was accidentally hit by a car during Sunday morning’s race in Cebu.

The 22-year-old Conde, who suffered bruises and injury to the head, was brought to the Saint Vincent Hospital and was later transferred to UC Med for further medical examinations.

Milo Marathon organizers said Tanjay tested negative for alcohol, contrary to what was reported a few moments after the accident happened.

According to Ricky Ballesteros, the lead organizer of the race, Tanjay was coming from a sleepover at his classmate’s home and was headed back to his house when the accident happened.

He said that according to their initial findings, the attending medical team during the accident tested Tanjay positive for alcohol intoxication. But upon re-testing at the Cebu City Medical Center, the results were negative.

“We had the results of our team rechecked at the CCMC to make it official and the results were negative,” Ballesteros said.

Tanjay took responsibility for the accident and promised to shoulder hospital expenses of the victim.

Ballesteros also said Conde is already in stable condition and is safe and sound.