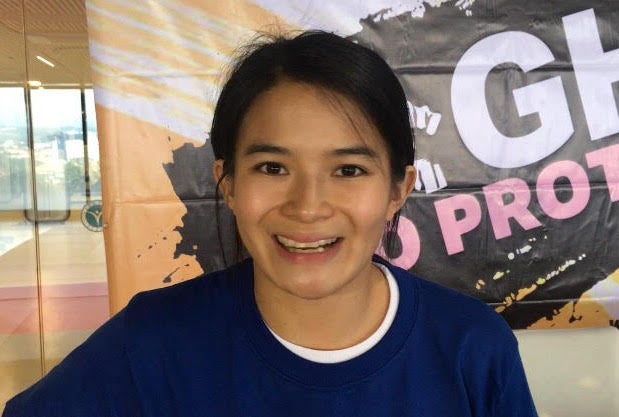 Meggie Ochoa during the launch of Fight to Protect. Photo by Mark Giongco/INQUIRER.net

Meggie Ochoa, a jiu-jitsu world champion, is no stranger to winning medals for the Philippines in the international stage.

But Ochoa admits nothing compares to competing at home and fighting in front of the Filipino crowd.

Ochoa gets that rare chance next when the Philippines hosts the 2019 Southeast Asian Games from November 30 to December 4.

“That sounds very exciting actually because honestly, I haven’t been able to compete locally because a lot of the competitions that we joined are actually out of the country,” Ochoa told INQUIRER.net recently.

“So I really do miss competing here in the Philippines and I’m very excited for the SEA Games.”

The 28-year-old Ochoa, who recently launched the Fight to Protect movement against child sexual violence in the country, won the gold medal in the Jiujitsu World Tour in London last March before bagging the bronze medal in the 2018 Asian Games two months ago.

Ochoa is going to be one of the favorites to win her event in the SEA Games but that’s the least of her concerns.

“Honestly, I don’t really know if I’m gonna be the favorite,” she said. “For me, that doesn’t really matter as much whether I’m favored or not. What matters to me is the kind of fight I give out there. Whether you win or you lose, if you fought with everything that you have I think that matters more.”

Ochoa is set to compete in the Senior World Championships in Sweden next month.