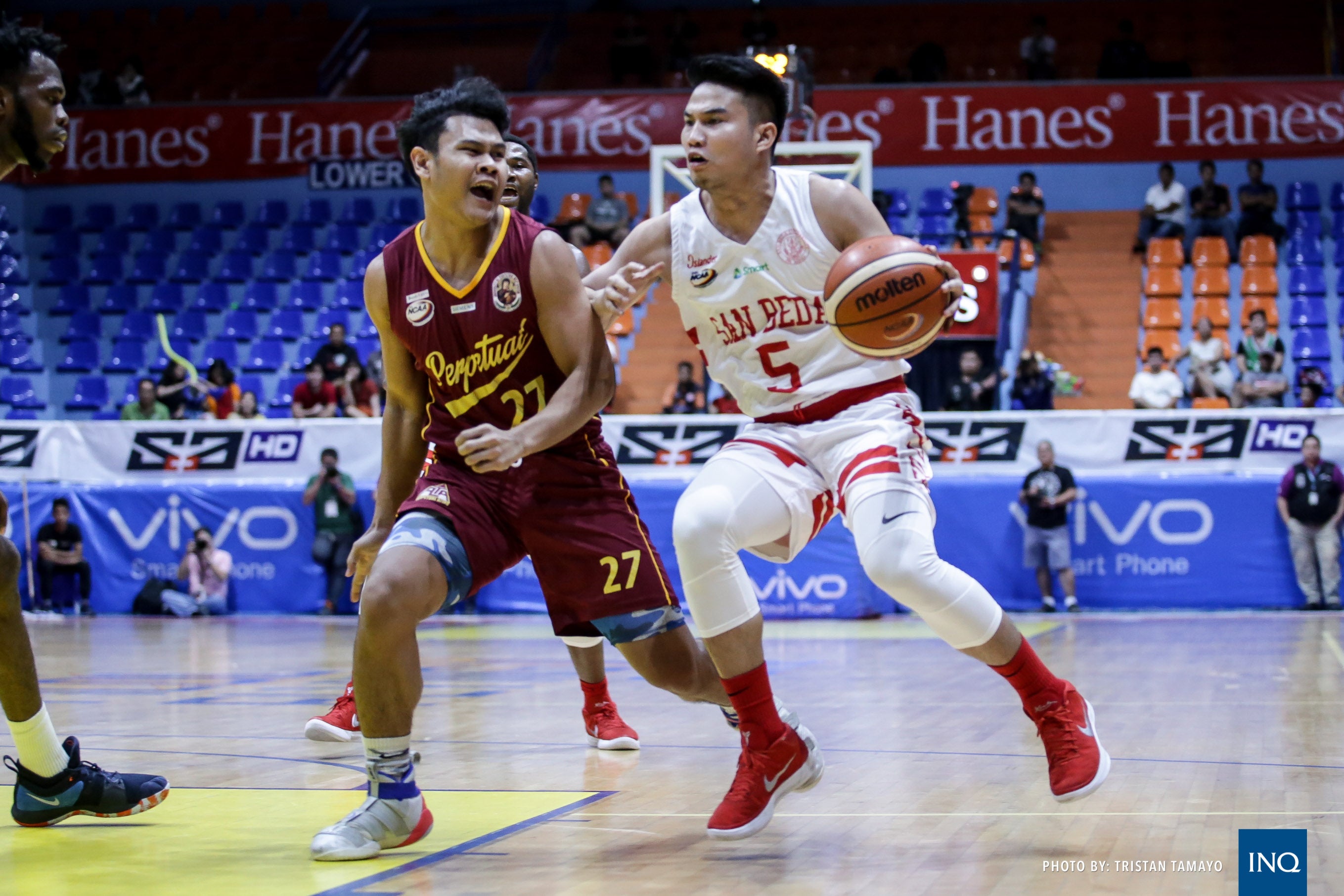 With the top seeding already in the bag, San Beda head coach Boyet Fernandez started his graduating players in the Red Lions’ final game in the elimination round.

It paid off in the end with sparingly-used senior Jeramer Cabanag rising to the occasion with a career-high 16 points to help San Beda beat University of Perpetual Help, 80-72, in the NCAA Season 94 men’s basketball tournament.

“It’s seniors day for us today. that’s why we started the seniors who are graduating this year and I credit them for starting really well and it carried over in the second quarter,” said Fernandez.

“I just did my part and rewarded coach’s trust in me,” Cabanag, who went 4-of-8 from the field and had five rebounds and a steal in 20 minutes of action, said in Filipino. “It’s also our last playing year and we have to play well to really inspire our rookies and holdovers for next year.”

Fernandez was all praise for Cabanag, who was never discouraged despite riding the bench most of the time this season playing behind star guard Robert Bolick.

“I was the one he recruited him and I do believe in his talent,” Fernandez said of Cabanag. “I really do appreciate his work ethic. He comes to practice and takes his shots and his game today was the product of it. He’s also a good defender.”

“Playing alongside Robert is really tough and I’m happy with the way he responded today and how he accepted his role with the team. Hopefully, other pro leagues see how he reacts and plays off the bench and how we will be an asset to them.”

Donald Tankoua led the surging Red Lions with 23 points and 10 rebounds while Bolick, who is also in his final year, added 12 points and five rebounds.

Javee Mocon, another key senior, almost had a double-double with nine points and 12 rebounds.

As it stands, the Lions and fourth-running Altas are set to meet in the Final Four, which begins on Friday, after the league released its schedule following the game.

College of St. Benilde, which is in fifth, recently filed a letter urging the NCAA to look into four Altas players in Edgar Charcos, Kim Aurin, Kyt Jimenez and Rey Peralta, who allegedly playing in other leagues during their residency period last year.

If proven, the Altas’ 11 wins will be forfeited, which would pave way for the Blazers to make the Final Four.