After sloppy third quarter, Fuel Masters get their act together to set up big game for playoff bonus
By: Musong R. Castillo - Reporter / @MusongINQ
Philippine Daily Inquirer / 05:35 AM October 25, 2018 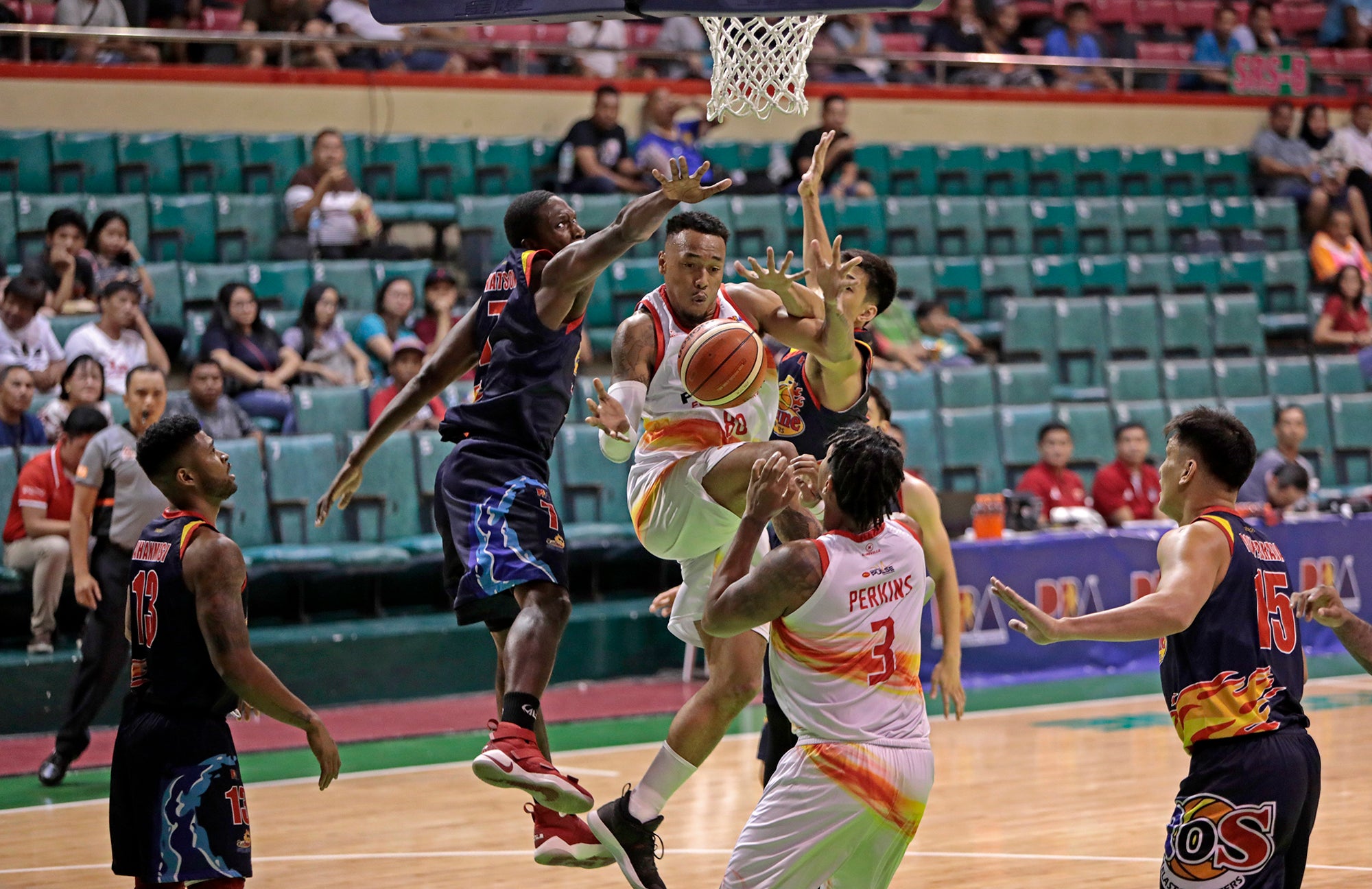 Phoenix Petroleum worked itself out of a long stretch of bad plays in the second half to pull off a 103-97 win over Rain or Shine Wednesday as the Fuel Masters scheduled their biggest game thus far in franchise history.

Blowing early command to trail by as big as 16 in the third quarter because of sloppy execution and horrid free throw shooting, the Fuel Masters got it all working together at the right time with Calvin Abueva and LA Revilla at the firing end to put the Elasto Painters away at Cuneta Astrodome in Pasay.

Phoenix rose to 7-3 and will go for a sure twice-to-beat privilege in the quarterfinals on Nov. 4 when the Fuel Masters slug it out with Blackwater at Smart Araneta Coliseum in Cubao.

And coach Louie Alas isn’t exactly thrilled at the way his charges pulled this one off.

“I don’t think they played with the right attitude out there,” Alas said in Filipino after practically recalling all of his starters to the bench out of frustration in the third and letting his second unit do the catching up.

“They might have thought that they could win this game through a shootout and not on the defensive end,” he said.

Eugene Phelps didn’t have a particularly prolific offensive night, finishing with just 18. But he had 20 rebounds and he got a lot of support from Abueva, who topped off a similar 18-point outing with a driving short stab that helped take the pressure off Phoenix in the final minute.

Revilla hit the biggest bucket at the crunch for the Fuel Masters, connecting on a triple from the right corner after being set up by Phelps for 98-93. He finished with 13 points.

But all of Phoenix’s hard work in this game could go for naught if it doesn’t take care of business two Sundays from now, as the Elite will definitely prove to be tougher customers with Blackwater also in the running for a berth in the top four.

“That will be a big game for us,” said Alas, who is hoping to spice up his first playoff appearance for this franchise with the playoff bonus.

Rain or Shine played its fifth game in 12 nights and lost for the third straight game, bowing out of the playoff race but not after laying everything on the line and almost pulling this one off.

As things stand, mighty San Miguel Beer, which thwarted NorthPort in the second game, 114-107, behind 21 points and 22 rebounds from Christian Standhardinger, is making a last ditch attempt at a top four berth.

If Blackwater, which is at 6-3, wins its match on Saturday against Columbian in Laguna, whoever wins the Nov. 4 game will be guaranteed a quarterfinal bonus.