The high cost of Thai boxing 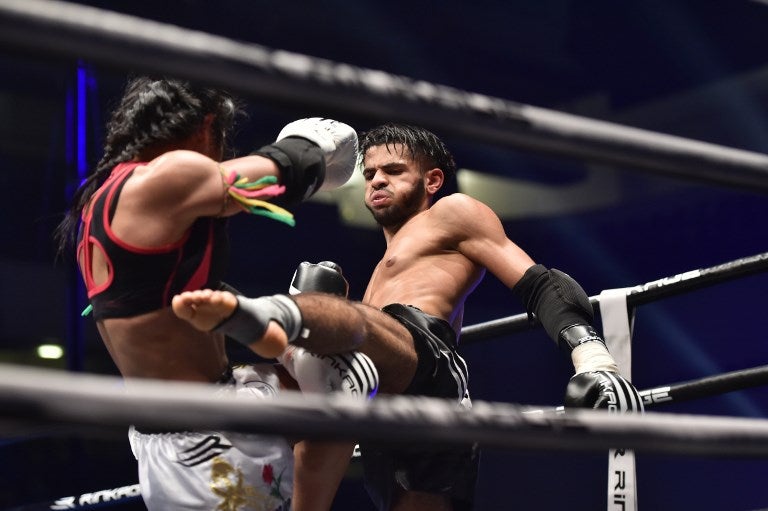 BANGKOK — They may have a  childish innocence when they are out of the ring, but once inside they turn into fierce competitors, unleashing blows, kneeings and kicks in the hope of a victory that will earn them money in return. Little bruises, after all, are acceptable inconveniences as long as they bring food to the family table.

Most muay thai fighters and boxers come from impoverished  families. Their parents are often construction workers, cleaners or farmers who are unable to make ends meet and sometimes are forced to seek financial help from neighbors or even loan sharks.

“The mother of one of my students works as a cleaner at a temple,” Sarawut Hiyoshi, 37, owner of Kaennorsing Muay Thai Gym in Udon Thani province, told The Nation Weekend.

“After her son became a boxer and started making as much as Bt6,000 a month, she has never asked for a loan again.”

Tawin Puensopa, a 12-year-old from Mor Ratanabandit Boxing Camp in Nong Chok, helps his family pay the bills through the martial art.

The young fighter, son of a construction worker, became a junior champion not long after he took up muay thai lessons two years ago.

“My mother had debts,” Tawin said when asked why he had taken up boxing. “When I gave her a few hundred baht from my first fight, she was in tears,” the boy said in a soft quivering voice, while his eyes looked sorrowful as old memories flashed back.

Now that he has the experience of more wins, Tawin can make up to Bt1,500 per fight or even more with tips from fans. His life is now much better compared to that of his brother, who is in prison because of narcotics.

Children as young as 12 in his neighborhood are lured into the illicit drugs trade. Worried about their children being exposed to the world of crime, parents see boxing camps as a way to shield their kids.

“Drug addicts won’t come close to my camp,” said 37-year-old Sarawut, who first set up a camp to teach his two daughters Remina, 5 and Riina, 3, to fight on a stage. “Once children start training, they will be too tired to go out or get into trouble,” he added. The workouts at a boxing camp have also improved the health of some, even curing asthma or ending obesity.

“My son’s weight has gone down from 120 kilograms to 85kg in two years,” said rice farmer Prawit Noiubon, 52, in Nong Chok.

However, growing concerns about injuries and the damage to the bodies and brains of young fighters could lead to a ban on those under 15 from entering competitions without approval from authorities, under a draft boxing bill being submitted for the Cabinet’s consideration. Children under 12 years old would be totally banned from fighting in the ring.

Like many camp owners, Pramote Sang-a-roon, the owner of Mor Ratanabandit Boxing Camp and a World University muay thai instructor, is far from happy with the idea and insists that boxers were safe if properly trained.

“They’ve learnt how to protect themselves and won’t get hurt so easily if they are physically tough,” said Pramote, who has around 50 boxers at his camp in Nong Chok. Poor children would be affected if they were deprived the boxing stage, he said.

“How would they put food on the family table? Remember that these children have difficult lives,” added Pramote. Boxers at his camp are guaranteed a high education with at least a BA degree if they are well disciplined.

Danger of damage to the brain

Former Lumpinee champion Pichet Chutong, better known as “Hippy Singmanee”, argues for a compromise by the authorities, as the proposed bill could impact the transfer of this Thai heritage to the younger generation.

“There should be talks to find protection measures first, not stop children from boxing all of a sudden. There are headguards and knee protectors, while judges and the medical team could stop the bout if boxers were not in a condition to continue,” said Pichet, 50, owner of Town in Town Thai Boxing School.

If they start late, say above the age of 13, they will be too old to become good boxers, he said. As a father, Prawit admits he has concerns about the safety of his sons but he considers boxing injuries to be minor.

“I will be very sad if he has to give up boxing,” said 11-year-old Weetara Devilor, whose father raises cows on the outskirts of Bangkok. “I may have injuries but they will go away. Suffering a little pain is better than having no money.”Health experts, however, see it differently.

Child Safety Promotion and Injury Prevention Research Center (CSIP) director Dr Adisak Plitponkarnpim expects the law to stop what he sees as the “madness” of child boxing, where sometimes adults allow boxers as young as age 5 or 6 to beat each other up until there is serious damage.

“No matter how old the children are, they are never ready to take blows to their head or face, but at 12 the children may understand the risks before making the decision to fight,” Adisak said.

In a recent study, Adisak and other researchers from the Advanced Diagnostic Imaging Centre (AIMC) scanned over 200 brains of child boxers aged under-15.

They found signs of brain injuries, including a build-up of iron inside the brain, a sign of internal bleeding. Young boxers who had fought for five years also had lower average IQ scores compared to their non-fighting peers, the researchers found.

“Boxing can never be a hundred per cent safe, even if the child wears a head guard,” he said. Head protection can absorb the power of direct blows, but punches that spin the head can cause the brain to shake and suffer injury, he says. “But it is better than wearing nothing.” Ideally, he hopes stakeholders will come together to talk about the possibility of forbidding punches to the face or head.