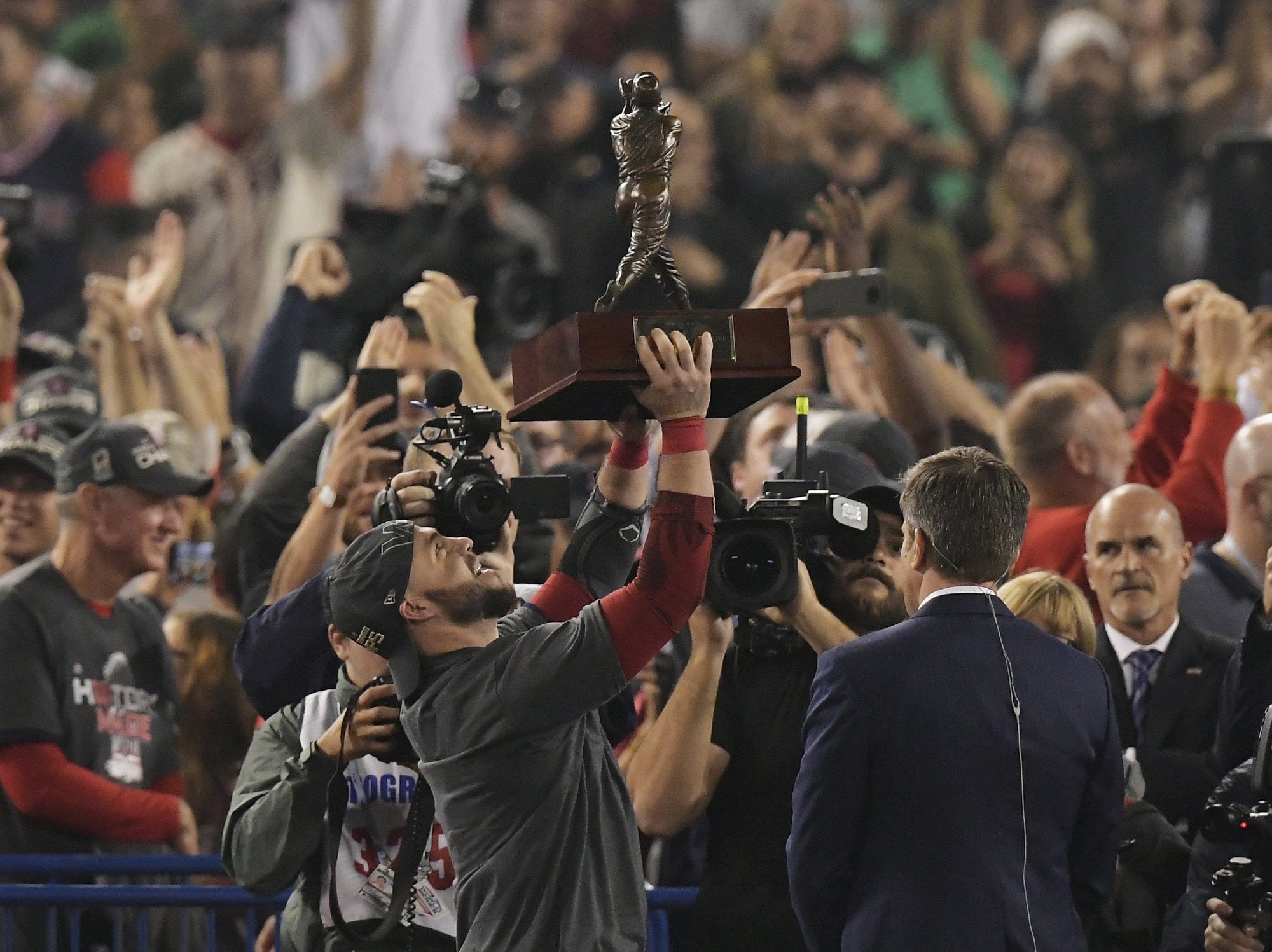 LOS ANGELES — For a dozen years, Steve Pearce was on the move. From Pittsburgh to Houston to every single team in the AL East, just looking for a spot where he could stick.

He finally found his permanent place — in Red Sox lore.

The well-traveled journeyman wound up as the World Series MVP on Sunday night after hitting two home runs that sent Boston over the Los Angeles Dodgers 5-1 in Game 5.

“This has been the funnest year of my life,” Pearce said on the field at Dodger Stadium.

It got better and better, too, as hundreds of Red Sox fans in the stands chanted “MVP! MVP!” Later, he strolled hand-in-hand with his young daughter behind home plate.

For a guy who just kept on truckin’ around the majors, he now has something shiny to show for it — a bright red truck, presented to him on the infield dirt as a most unlikely MVP.

“Baseball’s a funny game,” he said. “The longer you stay in the game, great things can happen.”

Traded from Toronto to the Red Sox in late June, the 35-year-old delivered the key hits in two straight games against the Dodgers.

On Saturday, he launched a tying home run in the eighth inning, then added a three-run double in the ninth that sent Boston to a 9-6 win.

Pearce got the Red Sox rolling in the clincher, connecting for a two-run homer off Clayton Kershaw in the first inning. He capped his October spree with a solo drive off Pedro Baez in the eighth.

Overall, the first baseman went 4 for 12 and drove in eight runs.

Pretty good production for a guy acquired in midseason for a minor league infielder. He played 50 games after the trade — he became the first position player to win a World Series MVP while playing 50 or fewer games for the winning team in his career, the Elias Sports Bureau said.

“You never know where the game will take you,” he said. “And I’ve gone through a lot in my life or in my career to be here, and I couldn’t be more thankful.”