Petalcorin stopped in 7th by Alvarado in world title fight 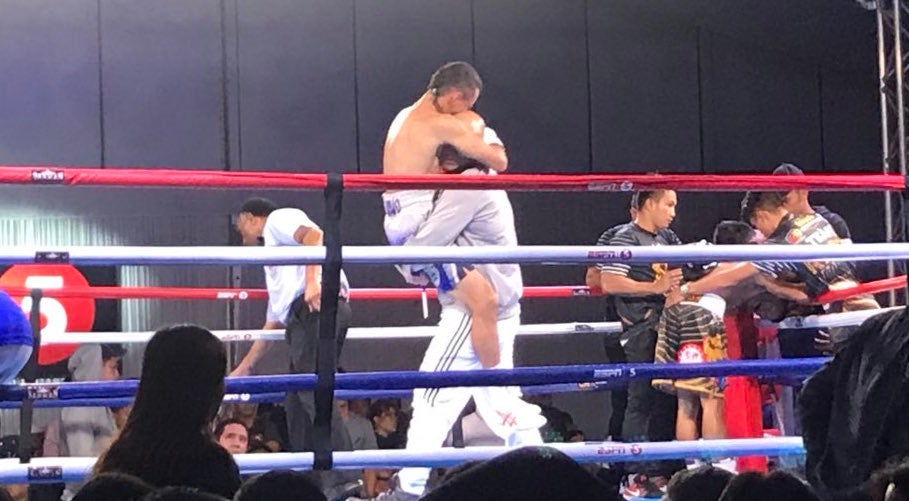 Filipino Randy Petalcorin failed to become the latest Filipino world champion after he was stopped by Felix Alvarado for the vacant IBF light flyweight crown on Monday at Midas Hotel and Casino in Pasay City.

Alvarado was relentless from the opening bell, landing punches from all angles, particularly crushing body shots that took their toll on Petalcorin in the seventh round.

Alvarado knocked Petalcorin down thrice before the referee stopped the fight at the 2:04 mark of the seventh round.

“I’m very happy to win the world title. Randy is a good boxer and the tactic was to pressure him all the time,” Alvarado said through an interpreter.

That constant pressure kept Petalcorin busy and often times saw the General Santos native either pinned against the ropes or trapped in the corner and taking heavy punishment from Alvarado, who showed little respect for his foe’s punching power.

The 26-year-old Petalcorin played Alvarado’s game as he went toe-to-toe with the Nicaraguan slugger, whose known for his come-forward style.

Petalcorin’s moments were few far and between. His best round came in the third when he briefly used the ring to his advantage and stayed out of harm’s way with his movement. He landed a clean straight to Alvarado’s face before pivoting to his right and avoiding a possible counter punch.

But Petalcorin went back to being an easy target for Alvarado for the remainder of the fight.

Alvarado (34-2, 30 KOs) rolled to his 16th consecutive victory and stopped Petalcorin’s six-fight win streak. Petalcorin, suffered his third loss to go with his 29 wins (22 KOs) and one draw.

Alvarado just relentless from the opening bell. Here’s the last 10 seconds of the bout. pic.twitter.com/Ui2l7TvrSV