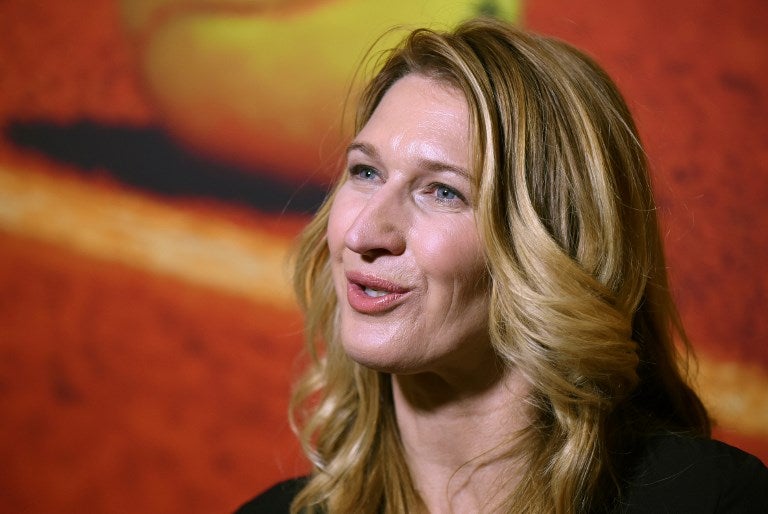 FILE – This file photo taken on March 8, 2016 shows former world number one German tennis player Steffi Graf speaking during an interview in Tokyo. – German great Steffi Graf had the tennis world at her feet when she completed the “Golden Slam” in 1988 but 30 years later, she says she hardly even thinks about the feat. (Photo by Toru YAMANAKA / AFP) / TO GO WITH Tennis-WTA-CHN-Graf, INTERVIEW by James EDGAR

German great Steffi Graf had the tennis world at her feet when she completed the “Golden Slam” in 1988 but 30 years later, she says she hardly even thinks about the achievement.

Graf, who retired in 1999 and married Andre Agassi two years later, said her life has moved on so much that she is unconcerned whether her records are matched or broken.

It’s a statement which offers a different perspective as Serena Williams continues her long and difficult quest to equal the all-time record for Grand Slam singles titles.

No singles player, man or woman, has won all four majors in the same year since Graf, whose Open-era record of 22 Slam titles was finally surpassed by Williams last year.

“Those are great memories and treasured times,” the 49-year-old told AFP at the WTA Elite Trophy in Zhuhai, for which she is a global ambassador.

She added: “I rarely look back, but when I do, it’s moments that for sure are going to be with me all my life. But I’m not one to worry to much about records — I never have done.

“I’ve been really fortunate to have had the career that I had, and to give it all, and to retire and start my next chapter of life. I feel it’s not something that has that kind of priority or importance any more in my life.

“I’m not too worried if my record stands for a long time or not.”

Williams returned to the circuit this year after having a baby, and twice came close to matching Margaret Court’s long-standing record of 24 major titles when she was runner-up at Wimbledon and the US Open.

Tensions boiled over in the New York final when Williams repeatedly clashed with the umpire, in ugly scenes. Roger Federer, who holds the men’s record of 20 Slams, said Williams “went too far”.

Graf said she had no doubt that the 37-year-old American can equal Court’s record.

“She’s shown over and over, it’s incredible what she can achieve,” she said. “There’s nothing, I feel, that says that she can’t.”

The last man to win the calendar-year Grand Slam was Australia’s Rod Laver in 1969 — when he achieved the feat for a second time.