Akhuetie, Maroons give Adamson dose of own medicine in Final 4 thriller | Inquirer Sports

Akhuetie, Maroons give Adamson dose of own medicine in Final 4 thriller 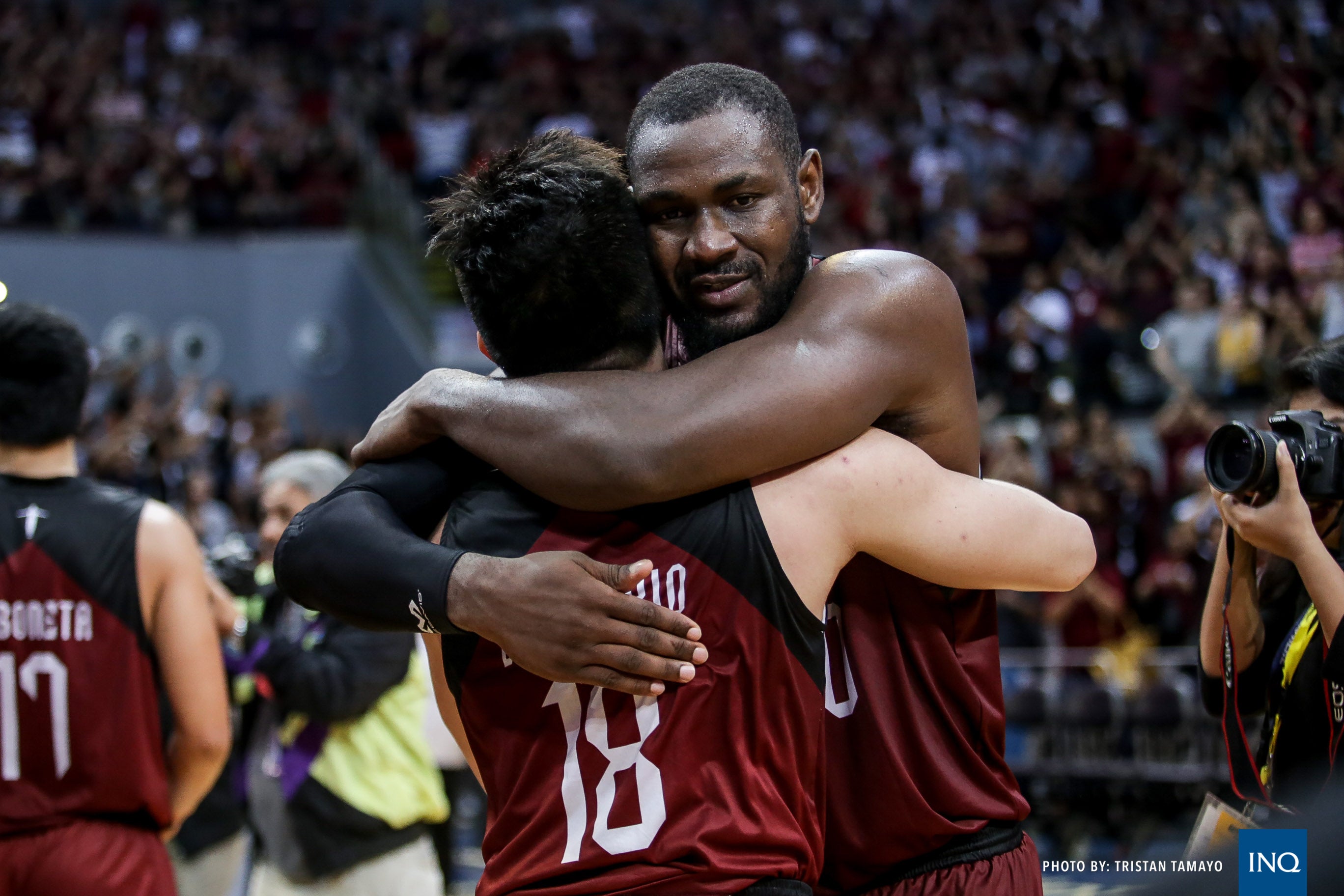 In the two games between the Fighting Maroons and the Soaring Falcons, Manganti was responsible for sending UP’s collective heart into oblivion.

READ: From zero to hero: Sean Manganti redeems himself with game winner

Manganti decimated UP’s soul twice in the elimination round with a couple of clutch plays that led to two Adamson wins, so when he once again showed signs that he could deliver another crushing blow, it sent chilling memories to the minds of the Fighting Maroons.

“For a while I was like ‘oh my God this guy again’ and then I looked up the clock and saw we still have a few seconds to get it back and then ‘okay we can do this’ and yeah we did,” said UP center Bright Akhuetie Saturday at Mall of Asia Arena.

This time, though, it was UP that came away with the victory, 73-71, in a stage much grander than the one Manganti performed on—the Final Four.

UP won its first Final Four game in 21 years and it was thanks to Akhuetie’s quick thinking in the dying seconds.

Manganti tied the game at 71 after hitting two clutch free throws with 3.6 seconds left but Akhuetie scored on an easy layup, off Juan Gomez De Liaño’s inbound pass in the following play for UP’s game-winner with 2.6 ticks left on the game clock.

It was the Fighting Maroons’ biggest play of the game after they allowed the Soaring Falcons to go on a 26-11 run in the fourth quarter and trail, 65-69, with 2:18 left.

“These are the plays that we practice almost everyday and we also did it last night and in fact I remember that Juan made that alleyoop pass to Bright and in fact Bright missed that,” said Perasol. “We’re just fortunate that he made that point blank shot at the end of the clock.”

Perasol added that his team had the gall to hold off the Soaring Falcons until the final seconds in a visible redemption story after losing both of their games in the elimination round in heartbreaking fashion.

“What I saw in them is they refused to lose,” said Perasol. “I’m just joyful to see that in them and it’s not about winning or losing, it’s how we play through that.”

UP still has to play Adamson on Wednesday in a  do-or-die game for a shot at the finals.