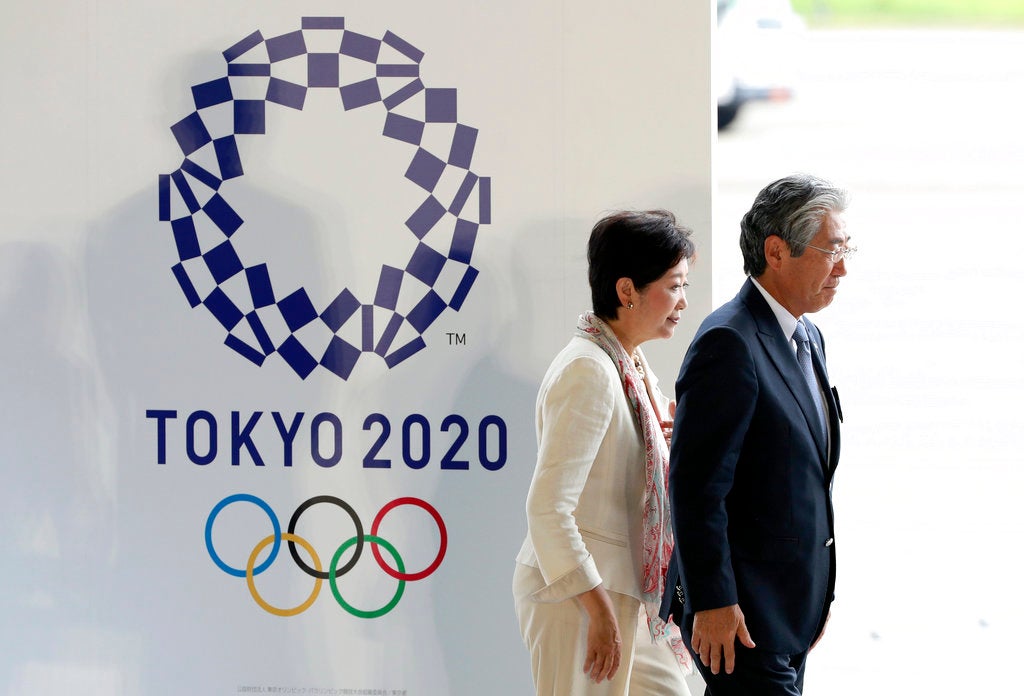 FIEL – In this Aug. 24, 201, file photo, Tokyo Gov. Yuriko Koike, second from right, and Tsunekazu Takeda, president of the Japanese Olympic Committee, walk past the logo of the Tokyo 2020 Olympics during the Olympic flag arrival ceremony at Haneda international airport in Tokyo. The price tag keeps soaring for the 2020 Tokyo Olympics despite local organizers and the International Olympic Committee saying that spending is being cut. (AP Photo/Eugene Hoshiko, File)

IOC chief Thomas Bach said Wednesday that Tokyo was the best-prepared host Olympic city he could remember, with just more than 600 days to go until the 2020 Opening Ceremony.

Speaking to representatives from 206 Olympic Committees from around the world, Bach noted he had some “unfortunate” experiences with the preparations of some Olympic Games.

But he added: “I do not remember any host city which was so far in its preparations two years before the Olympic Games than Tokyo.”

Japan has mostly lived up to its reputation for efficiency, with construction projects generally on schedule.

However, there have been concerns over the summer heat in Tokyo affecting endurance events such as the marathon and race walking.

There has also been some wrangling over the cost of the Games — split between the 2020 Organising Committee, the Tokyo city government and the central government — with disagreements over what counts as Olympics-linked expenditure.

According to the latest version of the budget, organisers project the total cost of the Games at 1.35 trillion yen, or around $12 billion.

Organisers are expected to release an updated version of the budget next month.