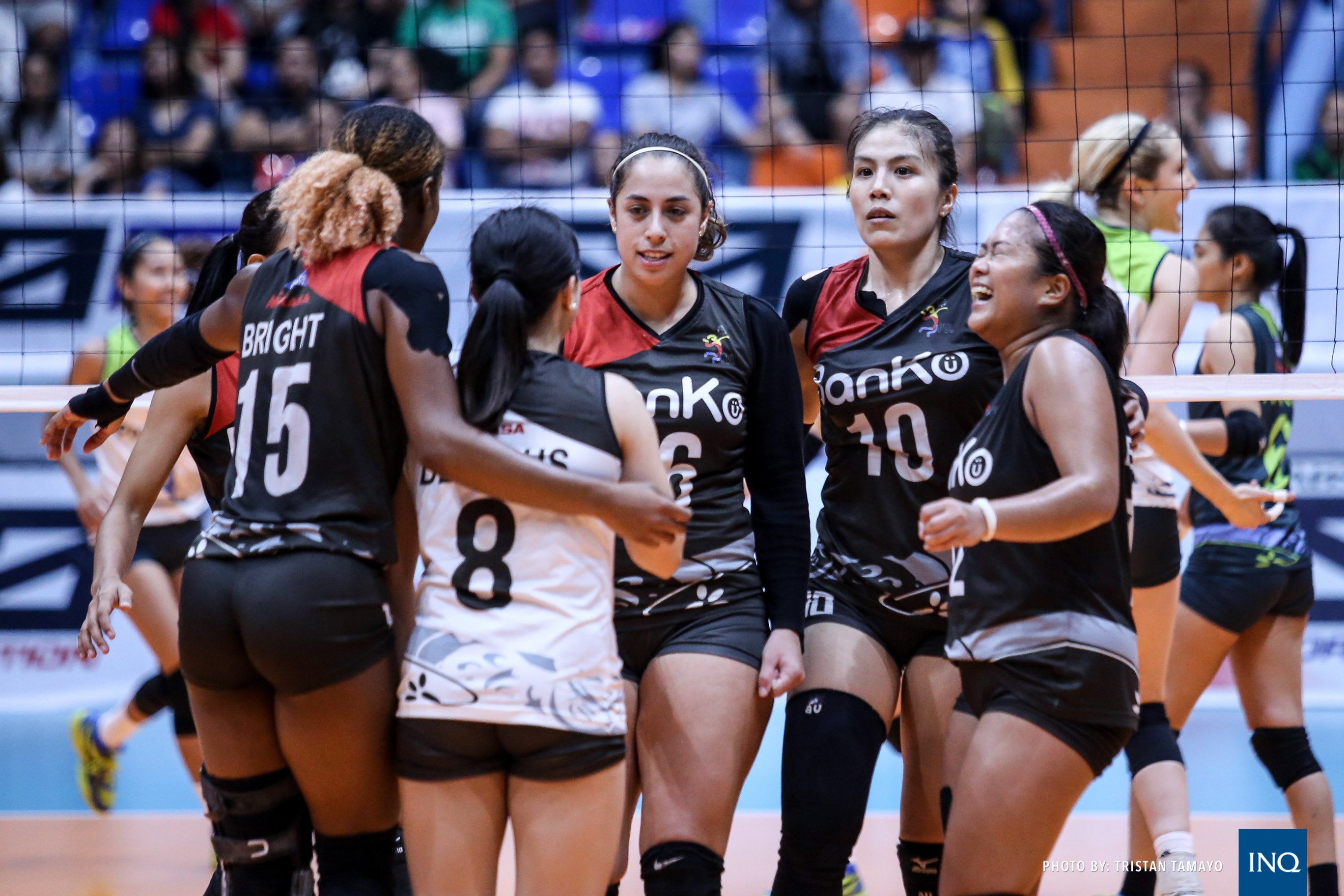 Dzi Gervacio said their five-set defeat at the hands of collegiate team Motolite-Ateneo last Sunday was still in their minds when they entered Game 1 of the best-of-three series.

“That was a tough loss,” said Gervacio, referring to last Sunday’s semifinal loss. “So we told ourselves that at least we should end this season with a win.”

The Perlas Spikers can wrap things up with another win in Saturday’s Game 2 in Batangas City.

PetroGazz wasn’t about to give up easily as it fought through four set-points before yielding the second frame.

That momentum carried the Angels in the third set where they out-attacked the Perlas Spikers, 16-5, to win the frame.

The Angels were leading 8-5 in the fourth until Sue Roces fired an ace to ignite a 10-4 run which turned the tide in favor of the Perlas Spikers.

Then Nicole Tiamzon slammed home successive winners down the stretch to ice the match.