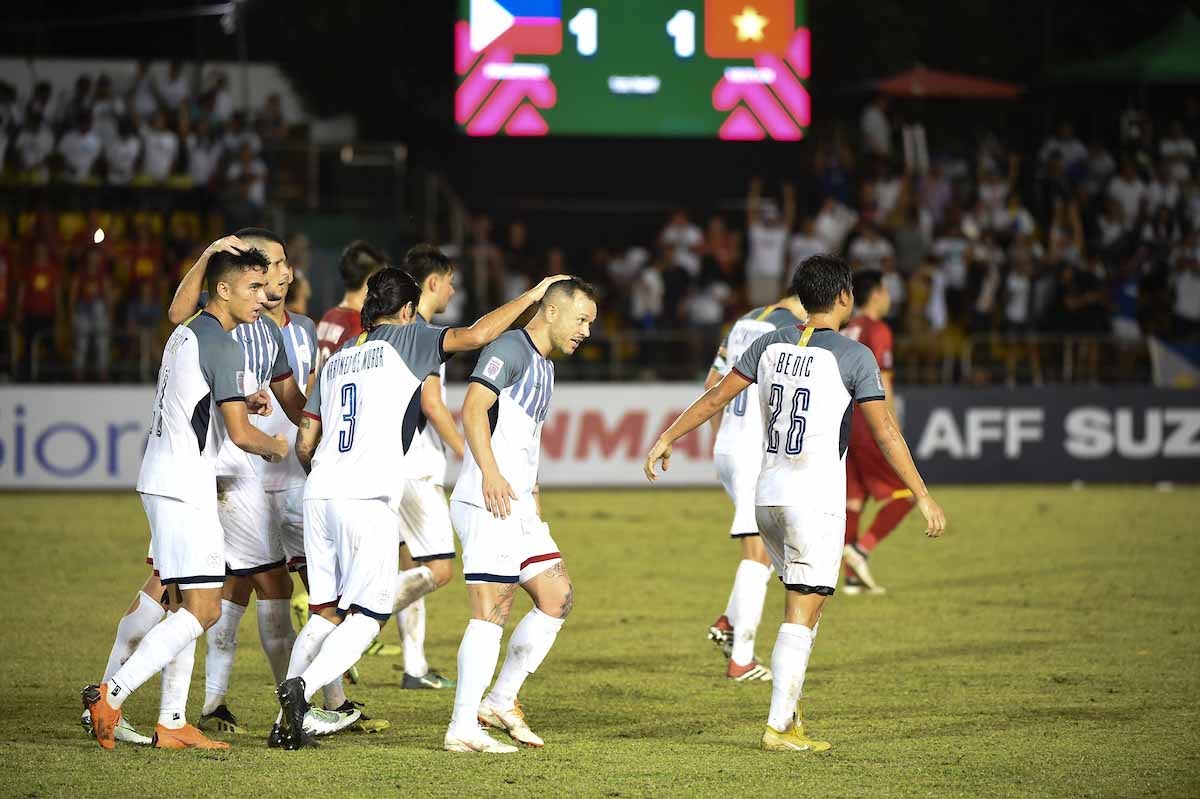 PH Azkals during the first leg of the AFF Suzuki Cup home-and-away series against Vietnam. Photo from AFF Website

HANOI – There was no repeat of the Miracle in Hanoi. A courageous performance wasn’t enough for the Philippines on a cold Thursday night as the Azkals saw their 2018 AFF Suzuki Cup run come to an end at My Dinh Stadium.

Vietnam dealt the Philippines another 2-1 defeat in the second leg of their semifinal tie before a crowd of 40,000 as the Azkas bowed out in the knockout stage for the fourth time in five editions of the tournament.

Eight years ago, the Azkals stunned the home side, 2-0, in the same stadium, but they were unable to pull off the feat in a more important stage in the tournament.

🇵🇭 Captain @PhilYHusband gives away his jersey to the Pinoy supporters at My Dinh Stadium after the Azkals bowed out of the AFF Suzuki Cup. | @cedelfptINQ #AFFSuzukiCup pic.twitter.com/wTyq6cz6KS

“I’m very proud of the team because everyone gave it their all tonight,” said a clearly disappointed Phil Younghusband.

Already hit by injuries and absences of key players who returned to their clubs, the Azkals couldn’t overcome a young and energetic Vietnamese side that again showed its quality when it mattered.

Party time in Hanoi after 🇻🇳 confirms its place in the AFF Suzuki Cup finals vs 🇲🇾. | @cedelfptINQ #AFFSuzukiCup pic.twitter.com/RnqRsR9YTH

The Azkals failed to capitalize on their home advantage last Sunday when they lost 2-1 at Panaad Stadium in Bacolod City, leaving them with a daunting task to overturn the Vietnam advantage here.

The squad which was already down to 18 players was dealt another setback as it missed goalkeeper Michael Falkesgaard and midfielder Manny Ott to injuries dor the second leg.