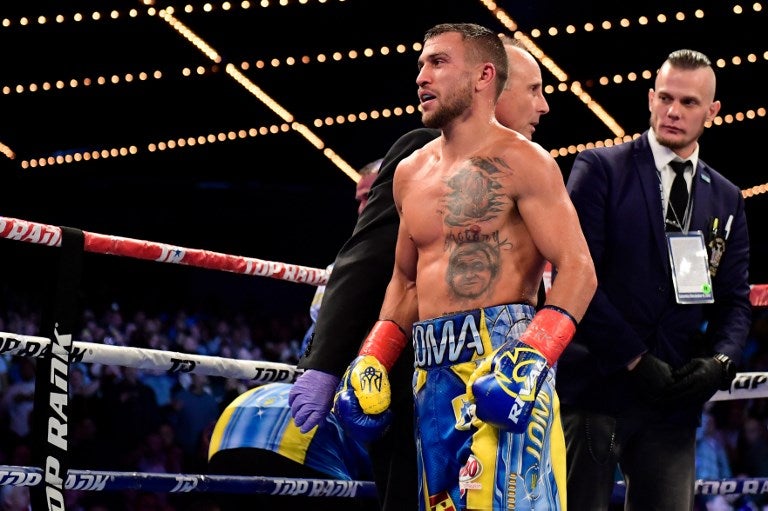 Vasyl Lomachenko, the pound-for-pound star and WBA lightweight world champion will look to unify world titles for the first time Saturday when he takes on WBO champ Jose Pedraza.

Three-division world champion Lomachenko is returning to the ring for the first time since climbing off the canvas to stop Venezuela’s Jorge Linares on May 12.

The Ukrainian, who suffered a torn labrum in his right shoulder in that bout and had surgery the same month, says he’s “100 percent” for his return.

“It was good for me to rest,” said Lomachenko, whose outstanding amateur career included more than 800 fights and two Olympic gold medals.

“I have been boxing since I was a child,” Lomachenko said. “I had a lot of competition. (Surgery) was my first rest and first big vacation in my life.”

Lomachenko showed plenty of grit in his 10th-round technical knockout of Linares, battling to the victory despite a knockdown and the shoulder injury.

“When the injury happened, I was mentally prepared to deal with it,” Lomachenko said. “I still had my feet. I still had another hand. I am very competitive. I feel like when you step in the ring, you need to finish the fight.”

Lomachenko acknowledged that training and sparring having provided the same test of his shoulder that will come against Pedraza.

“We’ll see what happens,” he said.

Puerto Rico’s Pedraza, 25-1 with 12 knockouts, is back in the world title mix after relinquishing his IBF super featherweight title in a technical knockout loss to Gervonta Davis in January of 2017.

He seized his WBO lightweight title with a unanimous decision over Ray Beltran on August 25.

“The titles will return to Puerto Rico with me,” Pedraza vowed. “I know that it will not be an easy fight. I will be facing one of the best fighters in the world.

“He has tremendous skills, but I know that I also have great skills and the necessary focus to come out with the victory.”