De Jesus sad to see Bundit go: 'He has contributed so much to PH volleyball' | Inquirer Sports
Close
menu
search

De Jesus sad to see Bundit go: ‘He has contributed so much to PH volleyball’ 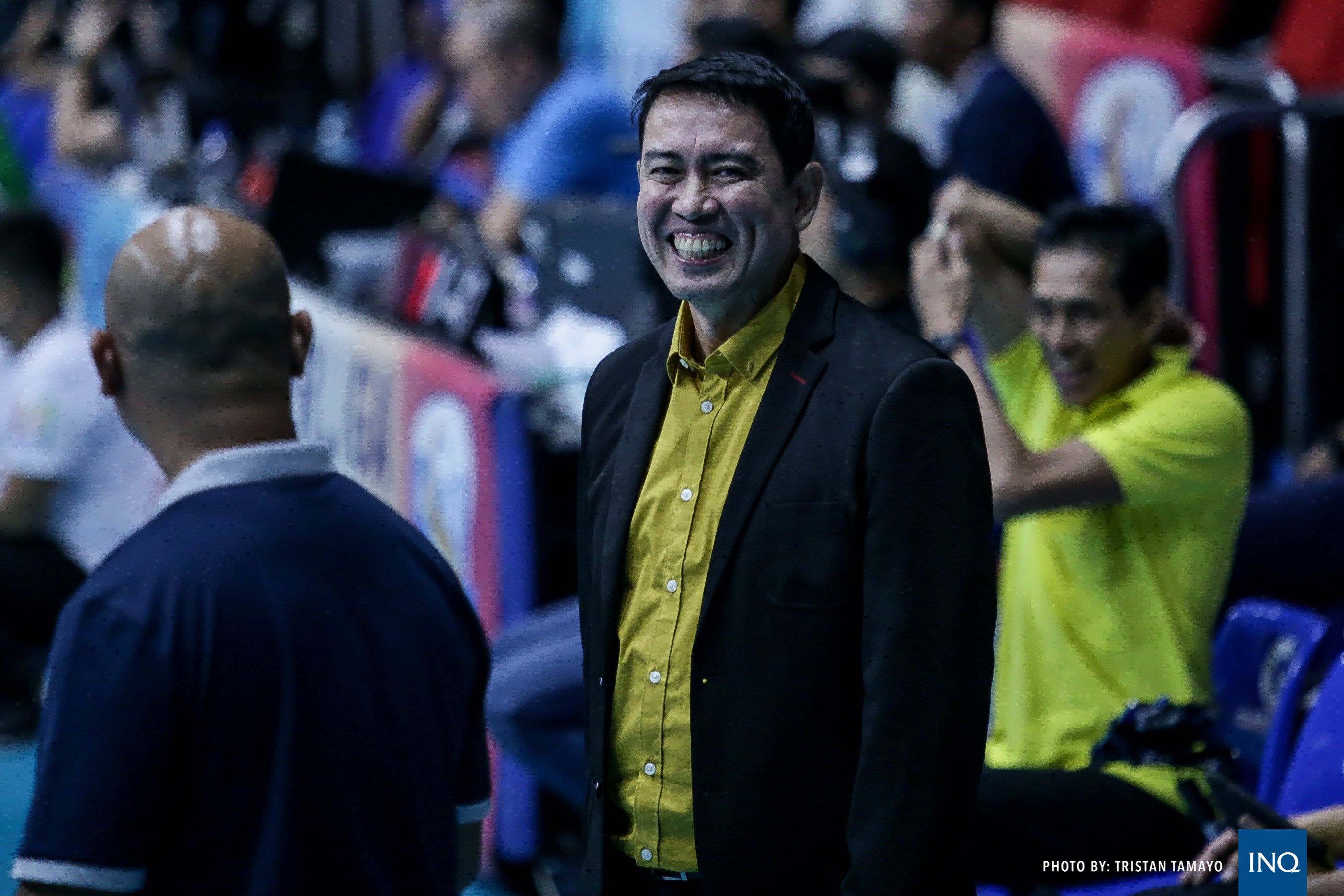 MANILA, Philippines—Ramil De Jesus is often regarded as one of the greatest volleyball minds in Philippine history having led De La Salle to all of its 11 titles in the UAAP.

And there’s one man that De Jesus went up against for four straight times and that was former Ateneo head coach Tai Bundit.

The jolly Thai mentor arrived to handle a dependable Ateneo volleyball program and made it a juggernaut leading the team to two championships, four finals appearances, and five Final Fours.

De Jesus is someone who elects to stay as stoic as possible while Bundit will bust out dance moves every time the Lady Eagles make a point, but the difference between the two also harbors respect.

“I’m actually happy that Tai arrived here in the Philippines and I’m sad that he’s leaving because he has contributed so much to Philippine volleyball,” said De Jesus in Filipino after leading F2 Logistics to a 25-12, 25-22, 25-20, quarterfinals win over Cocolife in the Philippine Superliga All-Filipino Conference.

“If he didn’t arrive here, volleyball won’t be at this level here in the Philippines.”

Bundit is leaving the Philippines on Dec. 14 to take care of his family after leading Creamline to the Open Conference title in the Premier Volleyball League.

De Jesus and Bundit never faced each other in the club leagues but both bolster titles in their respective outfits.

Bundit led the Cool Smashers to two PVL titles while De Jesus has three championships in the PSL.

Bundit led the Lady Eagles to two straight titles in his first two years with Ateneo before settling for two consecutive silver medals in Seasons 78 and 80, and a bronze in Season 80.

“He was able to dominate from the start and every team adjusted when he arrived,” said De Jesus, who’s 2-2 against Bundit in their championship duels. “Filipinos are quick learners so when they started adjusting that ‘s when Tai found some difficulty.”

“I admit that it was hard going up against him because Thailand is more advanced than the Philippines in terms of volleyball, and people say it’s a difference of 30 years, so we have to adapt whatever’s there internationally.”