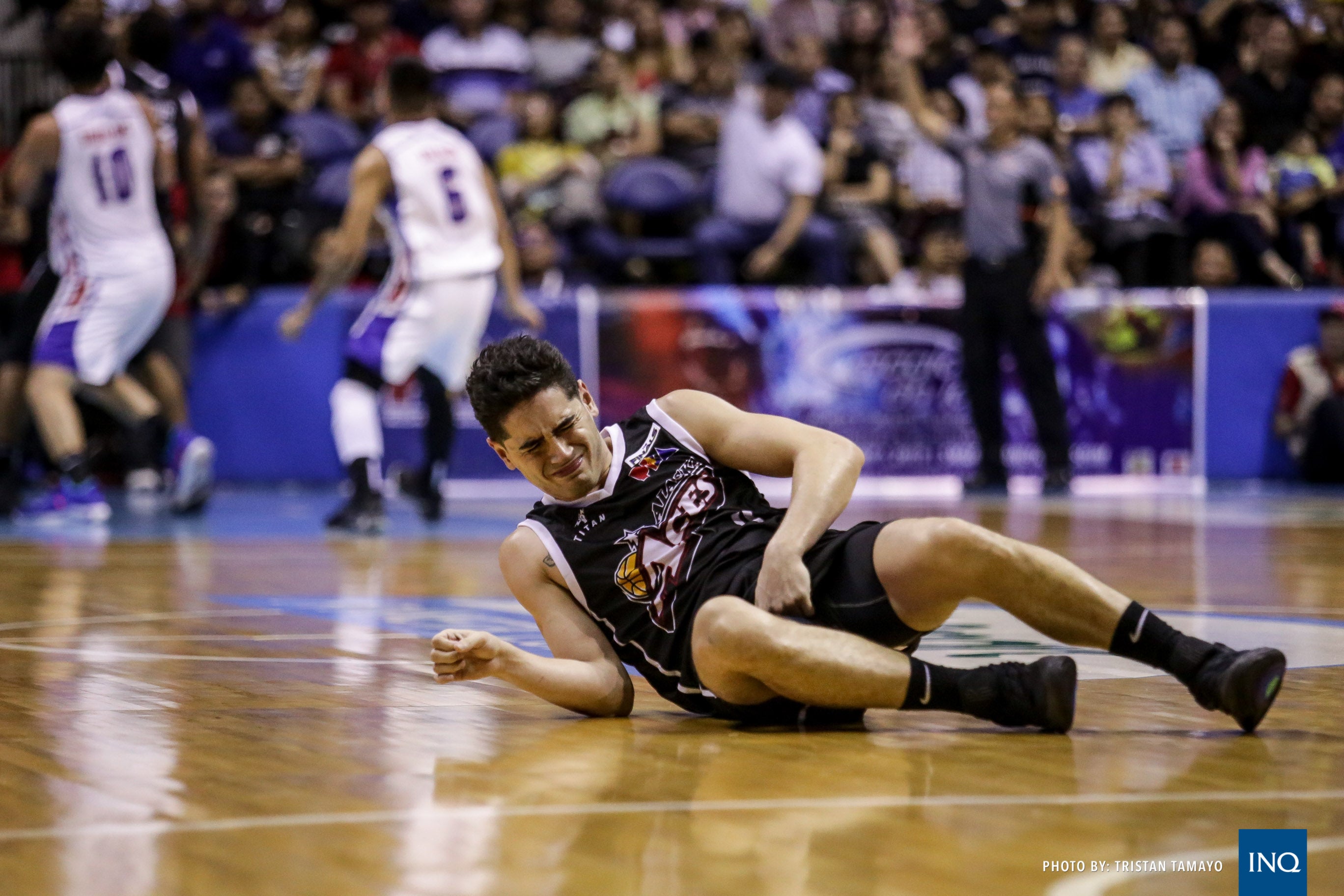 Alaska head coach Alex Compton was livid as he entered the press room for a post-game interview following the Aces’ gutsy victory over Magnolia in Game 4 of the PBA Governors’ Cup Finals Wednesday night.

Compton was in no celebratory mood despite Alaska knotting up the series at 2-2 and with momentum on its side heading into a pivotal Game 5 less than 48 hours from now.

The usually well-disposed Compton was furious over what he described as “dirty basketball” being played by Magnolia.

Compton claimed his players “were punched multiple times” throughout Game 4.

“We have an officiating crew that perhaps didn’t see it and I understand that they can’t see everything, but Jio (Jalalon) punched us, somebody punched Mike (Harris) in the testicles, somebody punched Chris (Banchero) in the testicles at what point is that gonna get called I don’t know but I’m sure that next game it will and we can just play basketball,” Compton said as he rolled up his sleeves.

“That’s dirty basketball. Calling it anything else would be a lie and I’m not a liar.”

It’s still unclear if indeed Hotshots guard Jio Jalalon threw a punch and if Aces import Mike Harris “got punched in the testicles” as what Compton claimed but it was clear as day that Aces playmaker Chris Banchero was punched in the groin by Hotshots guard Mark Barroca less than three minutes left in the game.

Barroca got away from the referees but his low blow couldn’t escape the camera as his punch was shown on replay multiple times.

When asked about the incident, Magnolia head coach Chito Victolero came to the defense of his veteran ward.

“He’s just saying that,” Victolero said in Filipino when told about Compton’s comments.

Banchero did have the final say when he accounted for seven of the Aces’ last eight points. He finished with 17 points, six rebounds and five assists.