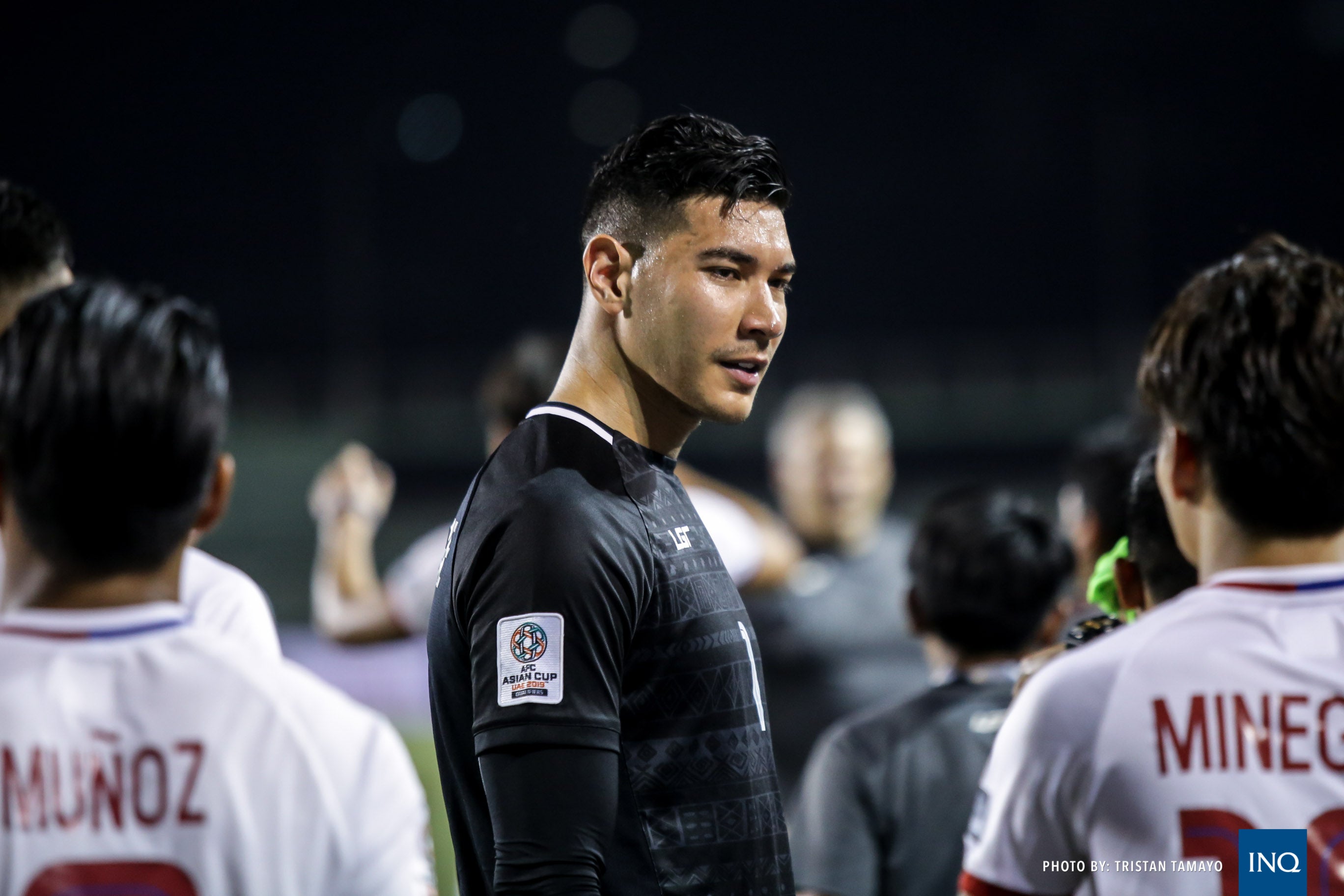 Phil Younghusband and Stephan Schrock will lead the Philippines in its first AFC Asian Cup appearance, but goalkeeper Neil Etheridge, who played a key role in the Azkals’ resurgence in the continent over the past few years, was surprisingly omitted from the 23-man squad announced late Thursday.

Swedish coach Sven Goran Eriksson has assembled a veteran-laden squad with an average age of 28 for the continental showpiece event, where the Azkals will be in a challenging group that includes South Korea, China and Kyrgyzstan.

The players picked by Eriksson and his staff have 608 appearances for the national team between them with Phil and James Younghusband arguably the biggest names and with the most number of caps with 105 and 100, respectively. Paul Mulders is the oldest player in the side at 37 years old, while Patrick Strauss is the youngest at 22.

Miguel Tanton, one of the top midfielders in the Philippines Football League, who signed with Ceres-Negros recently, was a surprise inclusion as he was not part of any of the squads in the buildup to the tournament.

“I think we have formed a great group of players ready to represent the country in our biggest tournament yet,” said Azkals manager Dan Palami.

Etheridge was left out of the squad as he can only commit to play for one match – against South Korea on Jan. 7 – with his English Premier League club Cardiff City locked in a tight battle to stay in the top flight in England.

The goalkeeper, who has played for the country 62 times, said it would have been “unfair” for him to take a spot of another player knowing that he will only be available for one match.