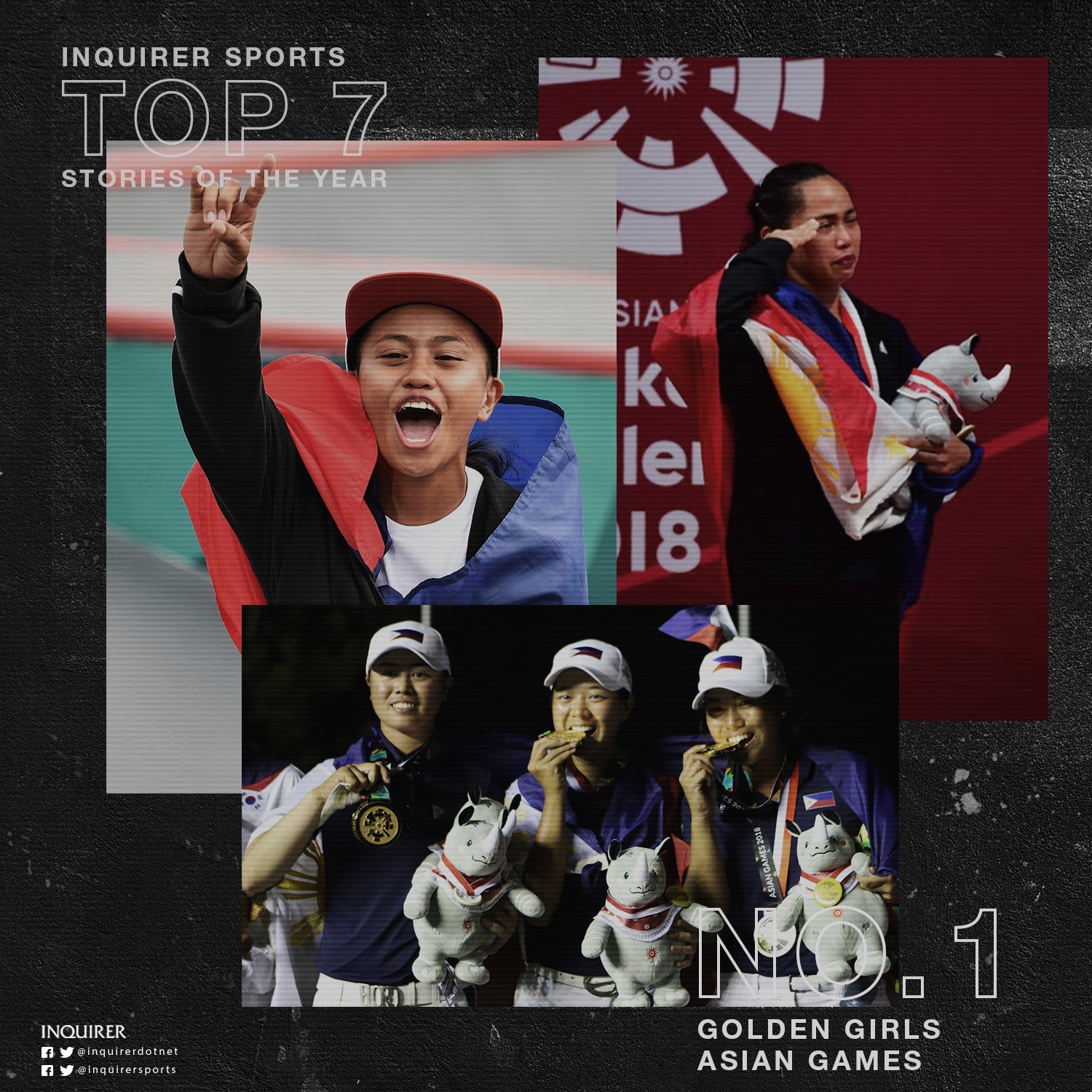 These inspiring women delivered four gold medals—the first time for the Philippines in the continental athletic meet— earning them the no. 1 spot in INQUIRER.net’s top 7 sports stories of 2018.

Diaz was already considered a weightlifting power even before the Asian Games as she nabbed the silver in the women’s 53-kilogram category in the 2016 Rio Olympic Games, but taking the gold was in Jakarta the brightest moment for the outspoken icon.

She broke the gold medal drought when she lifted a total of 207kg and outclassed Turkmenistan’s Kristina Shermetova (2016kg) and Thailand’s Surodchana Khambao (201kg) in the women’s 53-kilogram category.

And just five days after Diaz’ triumph, Saso led the Philippines to its second and third gold medals in Indonesia on August 26.

Saso delivered in the clutch for the Philippines when she hit an eagle in the 18th hole, erasing her double bogey in the 17th, to finish with a 13 under after 72 holes for her own personal gold medal.

The 17-year-old’s gold medal also pushed her team with Bianca Pagdanganan and Lois Kaye Go to the top spot of the group event.

Then just before August ended, Margielyn Didal punched her name into history books, securing the gold medal in the women’s street skateboarding event.

Didal capped off her performance with a trick that started of as an ollie before she transitioned into a heelflip to finish with an average of 30.4 points, 5.4 points more than silver medalist Isa Kaya of Japan.

INQUIRER SPORTS Top 7 Stories of the Year: Meggie Ochoa and her Fight to Protect

INQUIRER SPORTS TOP 7 Stories of the year: Team Lakay’s dominance in ONE