Serena Williams ensures meeting with Roger Federer will have an edge 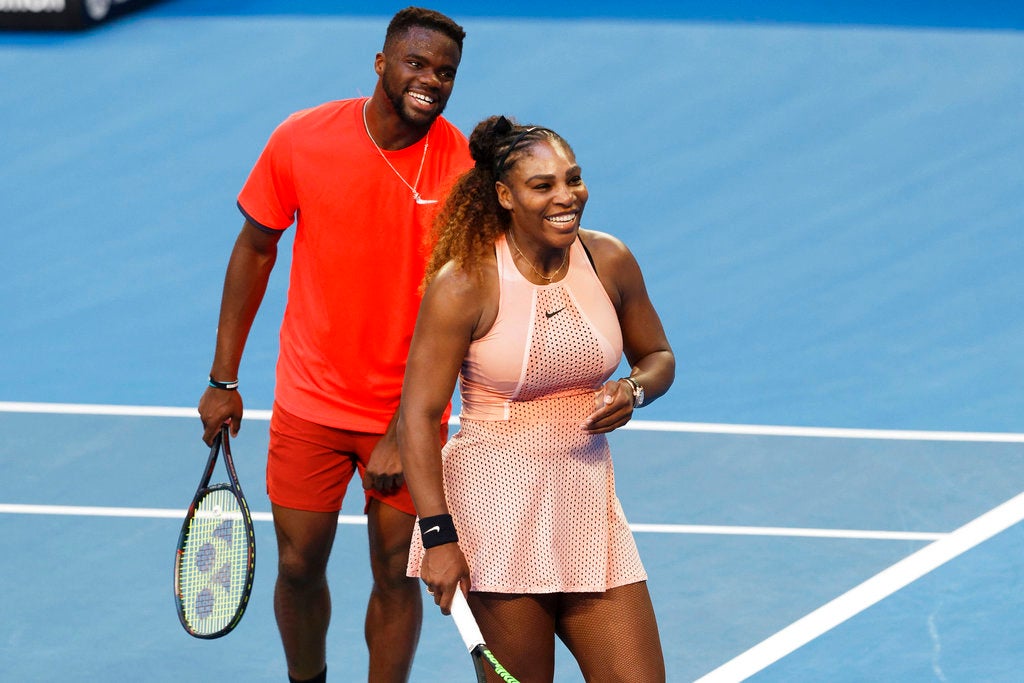 Serena Williams and Frances Tiafoe of the United States smile during their mixed doubles match against Stefanos Tsitsipass and Maria Sakkari of Greece at the Hopman Cup in Perth, Australia, Monday, Dec. 31, 2018. (AP Photo/Trevor Collens)

Serena Williams ensured her first ever on-court meeting with Roger Federer would have a competitive edge as she fought back on Tuesday to win her singles in the Hopman Cup.

That tied the scores in the mixed team event at 1-1 with just the doubles to come. The match will be the first time the two 37-year-olds, who have with 43 Grand Slam singles titles between them, face each other.

Only the group winners advance to the final, so the closing doubles could ultimately decide the winner of a group that also contains Greece and Britain. Federer and Bencic are the defending champions.

Williams led 4-1 in the first set before Bencic fought back to win the next five games. After that slip, Williams took the next two sets.

“It was a definitely a relief,” Williams said. “She played really well. I knew I could play better.”

“It’s super exciting,” Williams said, looking ahead to her meeting with Federer later in the day. “I just feel honoured to be on the same court as him.”

“He has had a fantastic career and it’s not done yet. We are the exact same age and anything he’s done I want to do.”

“We have been there since the Nineties. Regardless of what happens, this is a moment I will always cherish.”

In the early match, Tiafoe stayed with Federer until the tenth game when the Swiss broke to win the first set. From there Federer cruised to victory.

“What a thrill it is to play Serena here tonight,” he told the crowd.

The mixed doubles are contested in a short-set format with tiebreaks at 3-3 but that still means two matches in a day for the four players.

“I’ll stay on the bike and keep the engine on,” Federer said.

“I had a really late night last night on New Year’s Eve,” he said, adding after a pause: “No I’m joking.”