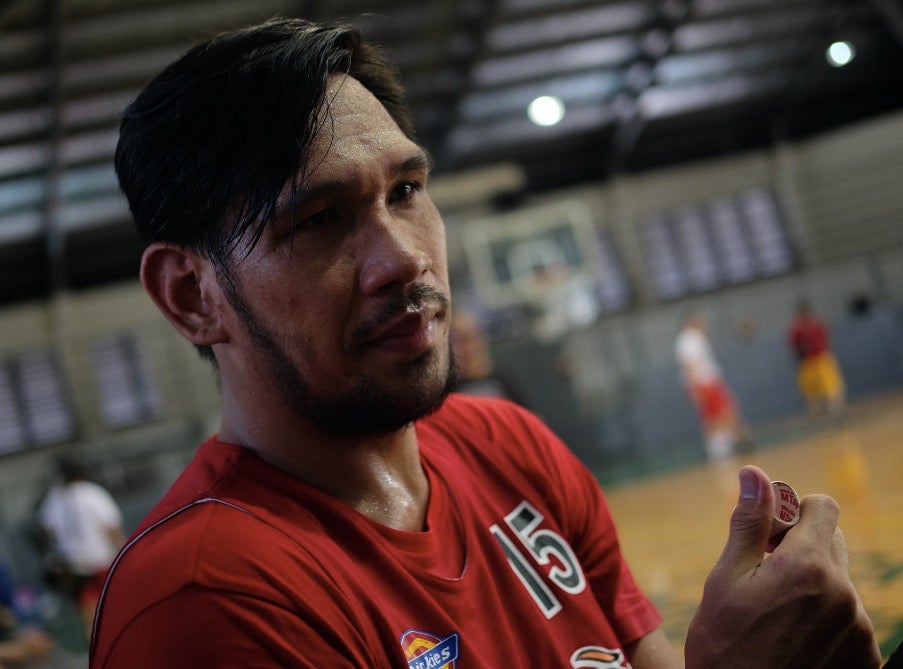 One person stands in the way of an unprecedented fifth Most Valuable Player honors for June Mar Fajardo in the Philippine Basketball Association.

But the San Miguel Beer star center is the least bothered about it.

“Whoever wins deserves it,” the 29-year-old Fajardo told reporters in Filipino shortly after San Miguel Beer’s first practice for the year at Acropolis in Libis on Wednesday.

NorthPort’s Stanley Pringle leads the statistical points race with 35.5 while Fajardo, the Best Player in the first two conferences until a shin injury prior to the Governors’ Cup limited him to just three games, has 33.1.

“It’s actually nice that he’s leading,” Fajardo said of Pringle. “But of course, if ever I get it, I’ll still consider it as a blessing.”

If he wins, Fajardo will get past mentor Ramon Fernandez and Alvin Patrimonio, both with four MVP trophies, too, but were not consecutive winners like the Cebuano.

“I toiled for it. I’ve always wanted to improve every game, every conference. I try not to be stagnant. I want to continue improving,” said Fajardo.

“Who would’ve thought I’d ever snare five, right? I was the butt of jokes back then, now I’m on the cusp of having the most [MVP trophies].”

Votes from players, the league and members of the press will determine the winner.

Pringle, despite limited games due to a stint with the national team, is also the scoring king with a 21 points average. The MVP will be bared on Jan. 13 during the Season 44 opening.