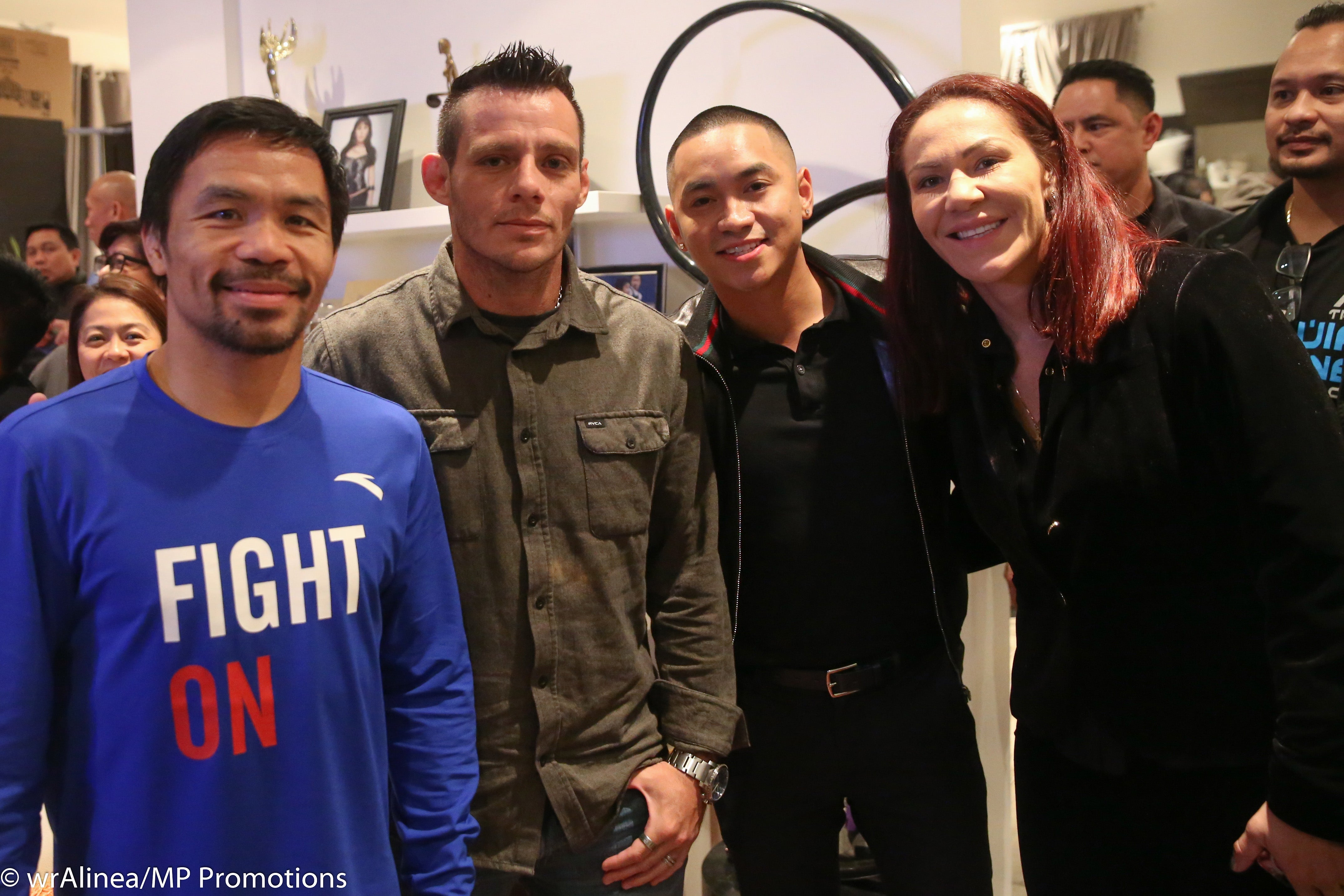 Manny Pacquiao had an interesting visitor in his Los Angeles home Friday night.

Pacquiao, the reigning WBA welterweight champion, took a break from training but not from welcoming some visitors which included decorated MMA star Cristiane Justino Venancio or more popularly known by her ring name Cris Cyborg.

Cyborg is coming off a knockout loss to Amanda Nunes last week in UFC 232 where she yielded the UFC women’s featherweight title. It was her first defeat since making her debut in 2005.

The 40-year-old Pacquiao is in LA preparing for his title defense against American challenger Adrien Broner on January 19 in Las Vegas.