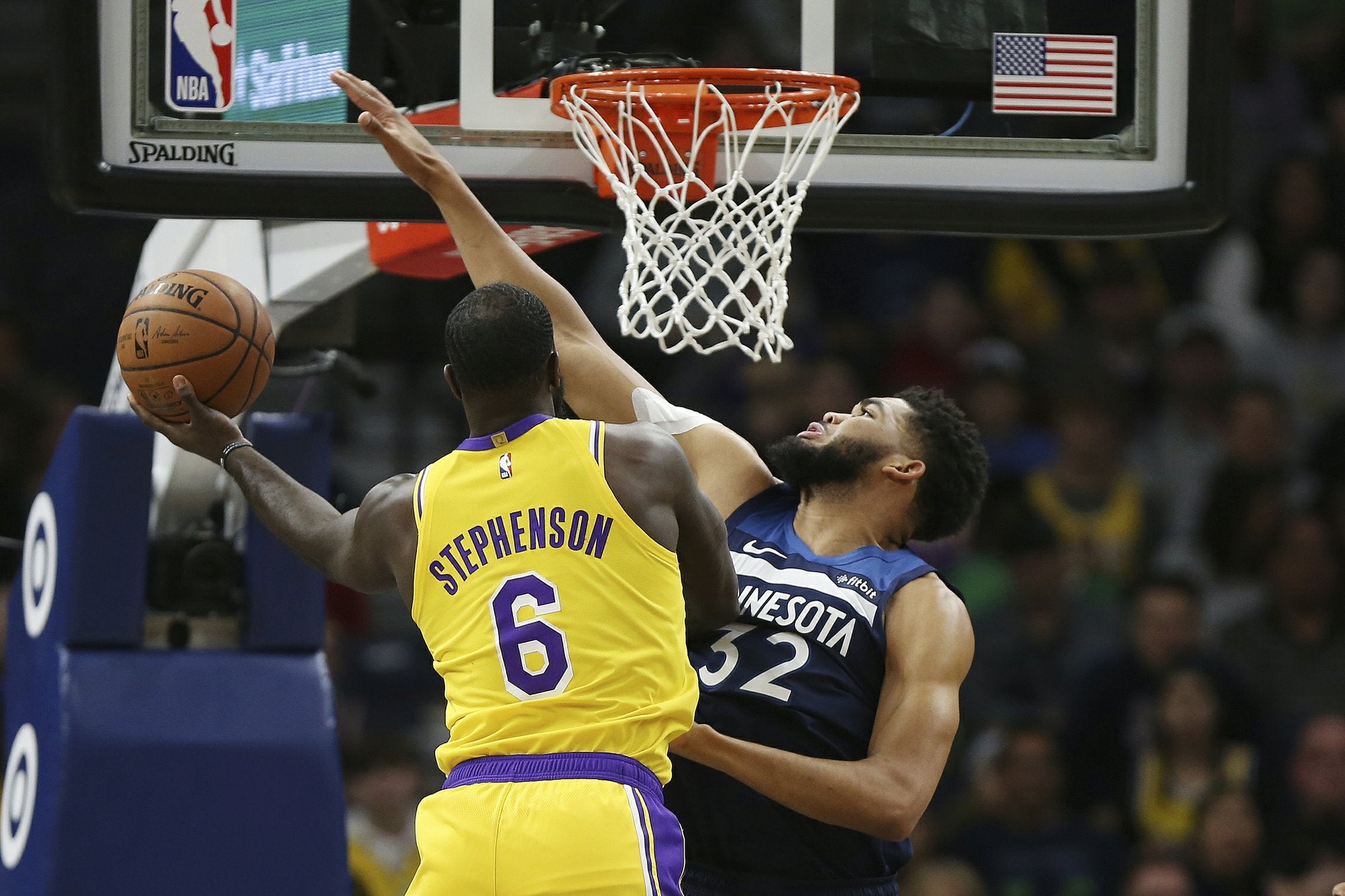 MINNEAPOLIS — Andrew Wiggins scored 25 of his 28 points in the first half, helping the Minnesota Timberwolves take charge from the opening tipoff and breeze by the LeBron James-less Los Angeles Lakers for a 108-86 victory on Sunday, the last game for coach Tom Thibodeau.

Thibodeau was fired about an hour after the Timberwolves raised their home record to 8-2 against Western Conference foes, according to a person with knowledge of the decision. Though the timing of the dismissal after a decisive win was unusual, Thibodeau’s third season with the team started with turmoil surrounding the discontent of All-Star Jimmy Butler.

Karl-Anthony Towns totaled 28 points, 18 rebounds and four blocks and Jeff Teague scored all of his 15 points in the first half and finished with 11 assists for the Timberwolves, who are 15-12 since trading Butler.

Lance Stephenson had 14 points for the Lakers, who fell to 1-5 without James since he strained his groin during the Christmas Day win at Golden State. With backup point guard Rajon Rondo (right ring finger surgery) and power forward Kyle Kuzma (bruised lower back) missing again, too, the leftovers for the Lakers produced a mostly lethargic performance. This was their largest losing margin in 20 games since a 117-85 defeat at Denver on Nov. 27.

Lakers coach Luke Walton subbed the 7-foot-1 Ivica Zubac in the starting lineup for Kuzma next to 7-footer JaVale McGee, and the experiment led to a 15-1 deficit before Michael Beasley replaced Zubac. The Lakers (21-19) missed their first eight shots from the floor, until Beasley’s baseline reverse layup.

The Wolves built their first-half lead as large as 21 points, when a slick over-the-shoulder backward flip pass by Towns in the post on a give-and-go set up Wiggins for a soaring dunk and a 28-7 advantage. He went even higher in the second quarter to catch a textbook lob from Tyus Jones after sneaking behind Zubac with a backdoor cut for the slam and a 39-21 lead.

Wiggins, whose first season on his maximum-salary contract as a $25 million player has been hit and miss to match the so-far uneven trajectory of his career, has been exhibiting an abundance of confidence in his jumpers lately, and that trust clearly paid off for him and the Timberwolves in this matinee.

He made five shots from 15 feet or further before halftime, picking up a loose ball and calmly dribbling to the perimeter to sink a 3-pointer with 12 seconds remaining to make it 64-45.

Wiggins slid to the background in the second half, but the Wolves had more than enough balance and energy to maintain their lead that stayed in double digits for the entire game after first reaching that level at 13-1. After Wiggins missed a 3-pointer, Towns delivered a jolting first basket of the third quarter with the rebound that he turned into a dunk over McGee in the same motion. Taj Gibson outjumped McGee for a rebound and a putback to give Minnesota a 70-50 advantage.

Wiggins went 9 for 23 from the floor for the Wolves (19-21). His five highest-scoring games this season have all been in the last 20 games.

The Timberwolves remained short-handed, too, with two of their top four scorers in Robert Covington (right knee bone bruise) and Derrick Rose (sprained right ankle) still out with injuries. Covington, who missed his third straight game, is out indefinitely, with more clarity on his status not expected next week, according to Thibodeau. Rose sat for the fifth consecutive contest, but he was listed as questionable and considered close to a return, Thibodeau said.

Timberwolves: Wiggins raised his career average against the Lakers to 23 points per game, his fourth-highest against the rest of the league. His best is against the club that drafted and traded him, Cleveland (25.6), and after that is Toronto (24.0), his hometown team. Sacramento (23.7) is his third-highest.

Lakers: Play at Dallas on Monday night, finishing their ninth of 13 sets of back-to-back games this season.