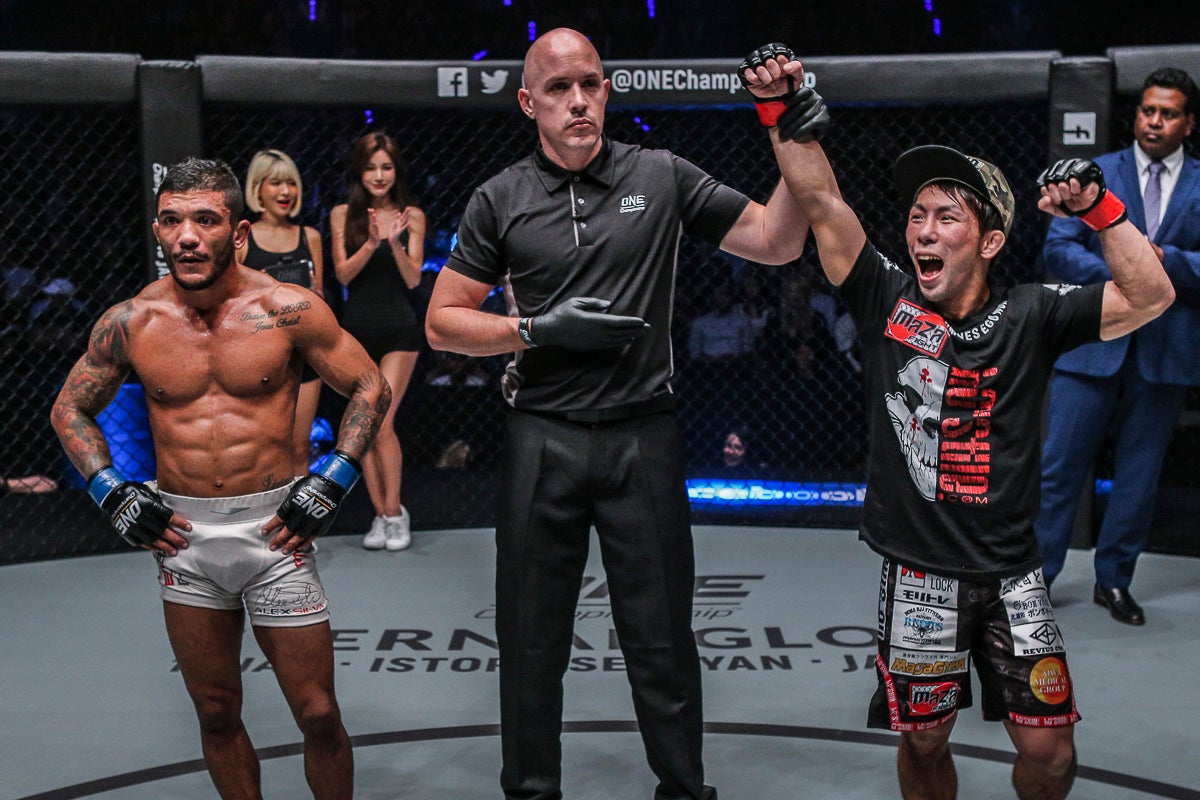 MANILA, Philippines—Joshua Pacio is just four months into his reign as ONE World strawweight champion but Yosuke Saruta plans to end it immediately.

Saruta has been with ONE for nearly a month now but he was surprised to get a title shot in just his second fight under the promotion.

The 31-year-old Japanese believes he has Pacio, 22, figured out and that he has the capabilities to overcome his younger foe.

“I was surprised [with the title shot], but it will be proof that I am the number one mixed martial artist in the world at strawweight,” said Saruta. “His strongest point is his striking, especially spinning kicks and his punching power. That is why I’m trying to strengthen my striking defense.”

“His weak point is grappling. My grappling skill is much higher than his, so in the fight, I’m planning a combination of strikes and takedowns.”

Saruta’s (18-8-3) first fight with ONE ended in a unanimous decision win over former champion Alex Silva in December, and this was enough for the promotion to award Saruta with a title shot.

The veteran fighter is confident he can end Pacio’s reign saying he has all the advantage in every aspect of the fight.

“My strongest points are my physical ability and stamina and will keep moving through the whole fight and when my opponent is getting tired I will finish him,” said Saruta.

“I think I will overwhelm him in all aspects, and the finish him in the fourth round. I want people to know my name as the toughest Japanese athlete, and I will be the World champion.”