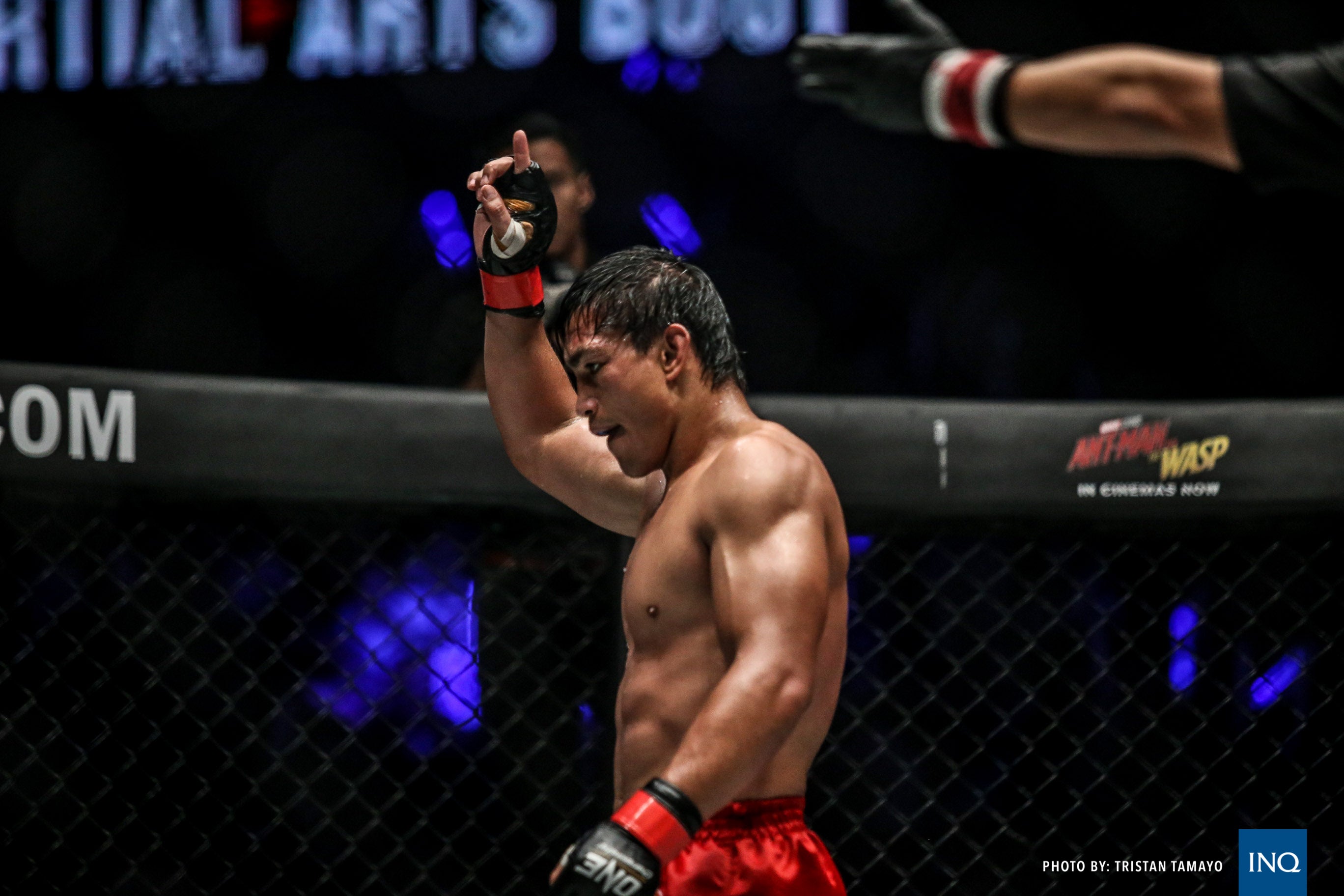 Eduard Folayang made it a fact that he has his eyes locked in on decorated champion Eddie Alvarez, who is one of the biggest names in combat sports.

Alvarez, who is a former UFC and Bellator lightweight champion, just signed with ONE Championship three months ago.

“I have my sights on Eddie Alvarez,” Folayang revealed. “He is a multiple-time world champion, and I want to test myself against him. It’s my dream fight.”

A two-time lightweight champion, Folayang has little to prove but he is always aching for a stiff challenge.

But there are a lot of moving pieces that would need to fall into place first before Folayang sets up a showdown with Alvarez.

The 35-year-old Alvarez will make his ONE debut in the Lightweight World Grand Prix, which gets going on January 25 in Manila.

The Grand Prix will feature the top eight lightweights with the winner challenging the champion.

Folayang is the current lightweight king but is scheduled for a title defense in a rematch with Japanese legend Shinya Aoki on March 31 in Japan.

Beating Aoki again will then pit Folayang against whoever emerges the victor in the Grand Prix, which many believe will be Alvarez.

The 34-year-old Folayang has three fighters in mind who have the upper hand in the Grand Prix.

“Eddie Alvarez, Lowen Tynanes and Saygid Guseyn Arslanaliev are probably the top three favorites to win the tournament,” he shared.

“When it comes to experience, Alvarez has the biggest advantage. Youth is on the side of Tynanes and Dagi.”

As great as Alvarez is in his craft, it only takes a single blow or one wrong move to be the difference from winning and losing.

“The ONE Lightweight World Grand Prix is a great test to find out who’s the worthy challenger to the champion. Each competitor has their own style and talent. Only the best will emerge out of this tournament,” Folayang said.

Folayang also has an ideal scenario in mind with his Team Lakay teammate Honorio Banario competing in the Grand Prix as well.

“Honorio Banario has his sights on winning the Grand Prix as well,” he said. “I am not thinking of fighting my teammate, but the idea of him being the tournament champion and me being the lightweight champion is the best possible scenario for our team.”