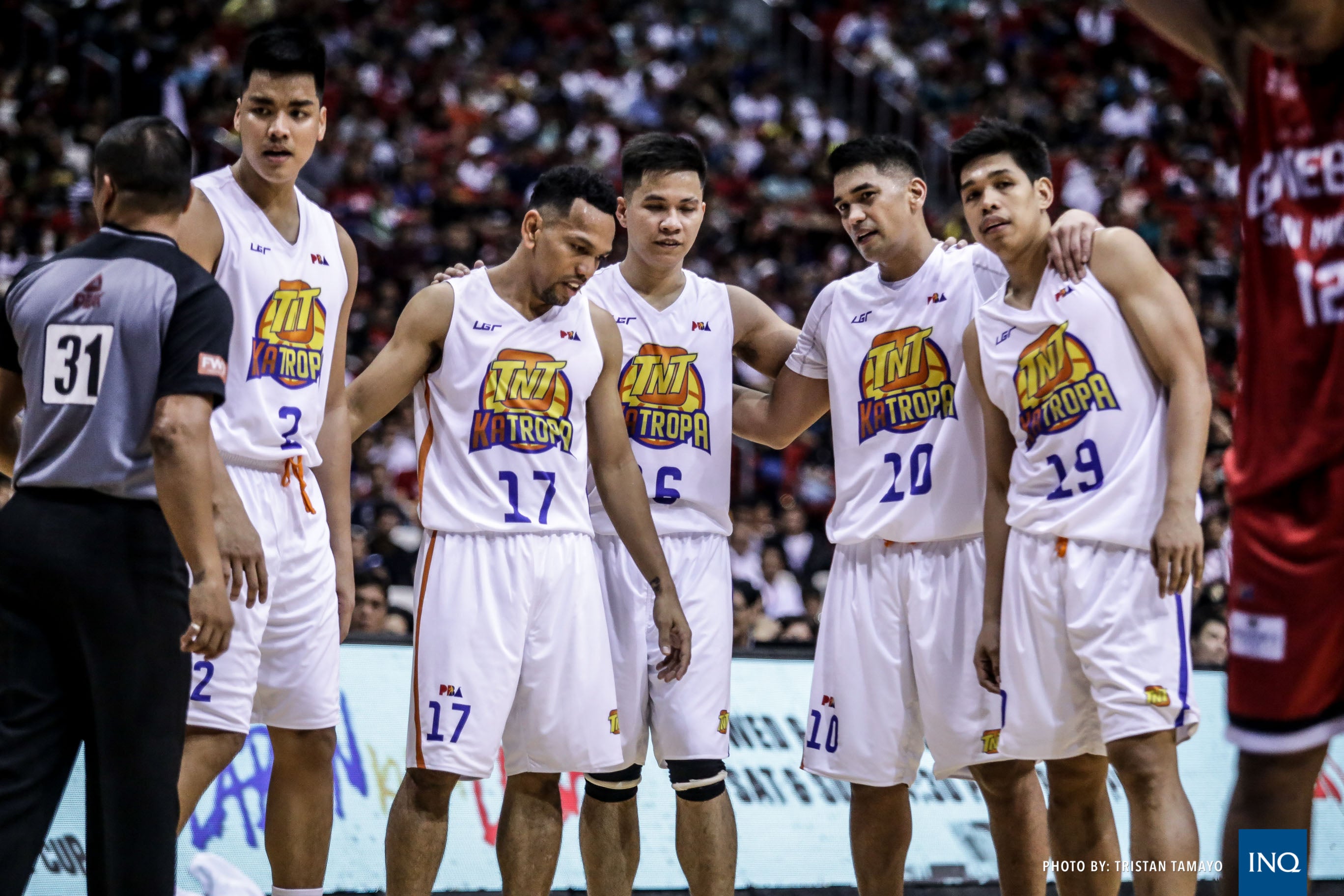 MANILA, Philippines—TNT team consultant Mark Dickel has drawn up a system suitable for his undersized lineup, but he still rued the glaring size difference between his team and Barangay Ginebra was still a tough bind.

The KaTropa lost to the Gin Kings 90-79 in the PBA season opener in Dickel’s first game running the offense.

Although the team had some semblance of success going up against the big guys of Ginebra in 7-foot Greg Slaughter and 6-foot-9 Japeth Aguilar, there was still the factor of getting banged up throughout 48 minutes.

“We’re king of out of position, no matter who we put in now,” said Dickel Sunday at Philippine Arena.

Don Trollano, who stands at 6-foot-3 and mainly plays out in the wings, was tasked to play power forward for TNT and help the 6-foot-6 Michael Miranda patrol the paint.

“I thought Don was really good, I just thought he got worn down a little bit just having to guard bigger players the whole game,” said Dickel. “Hopefully, over the next months we can play a little bit better and get him more comfortable, and then our offense will look a bit smoother.”

Dickel didn’t have his normal power forward in 6-foot-7 Troy Rosario, who’s nursing a deformed nose after his face got hit with an inadvertent elbow from JR Quiñahan in tune-up game against NLEX before the New Year.

TNT, though, had a mobile offense that made use of its guards and forwards but the only problem for the KaTropa was their shots just wouldn’t fall.

The KaTropa shot the ball 41 times from beyond the arc but they converted only nine of those attempts.

“Ultimately, in that game we had to make some more shots if we wanted to have a chance to really trouble them,” said Dickel.