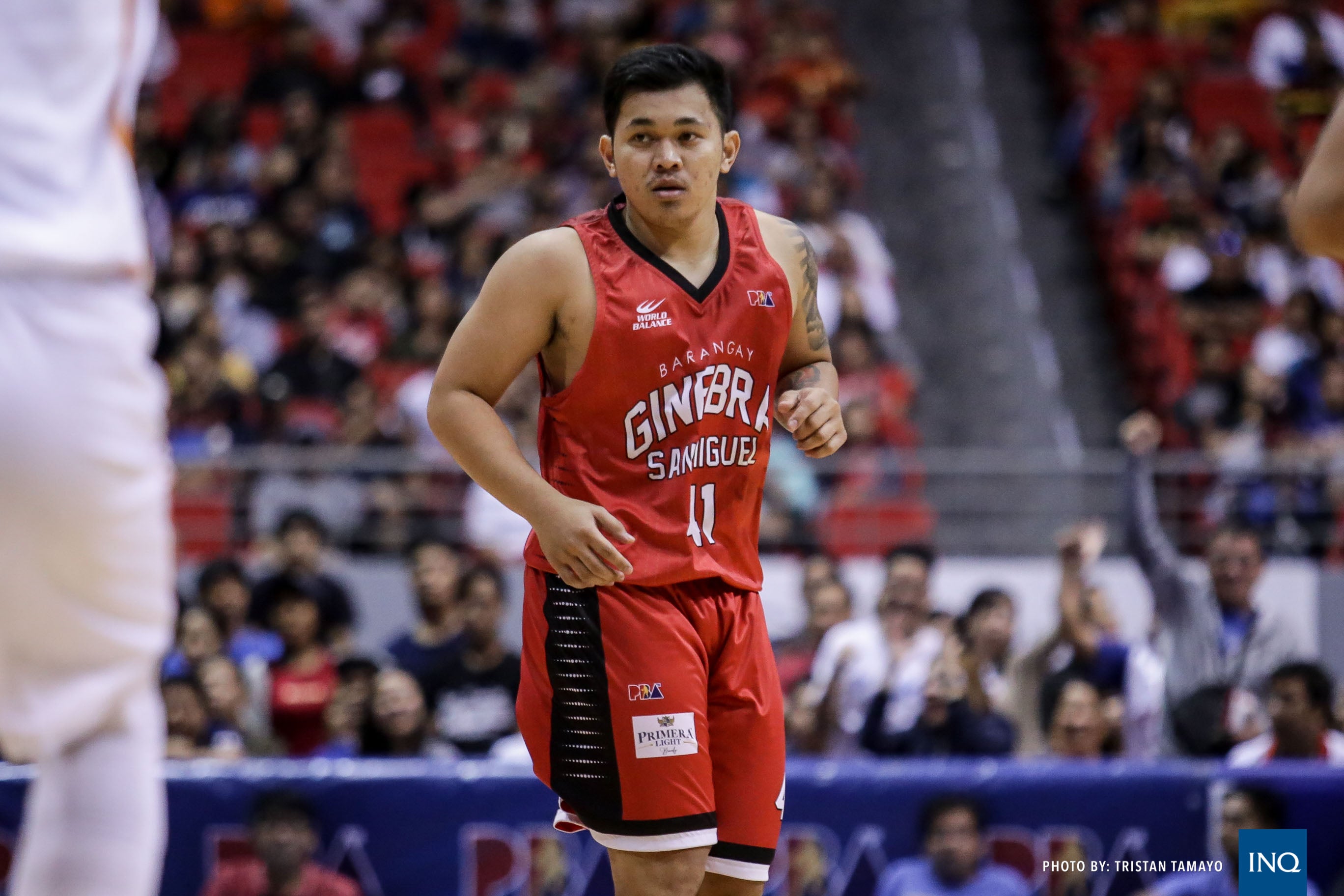 From watching Barangay Ginebra as a fan, the gunner out of Jose Rizal University, eventually donned the Gin Kings colors and got his own moment under the limelight in the PBA season opener against TNT Sunday at Philippine Arena.

Teodoro scored four points in seven minutes of play in the Gin Kings’ 90-79 win and he was surprised head coach Tim Cone already trusted him to play in the team’s first game of the season.

“I was super happy because this is just our first game and I’m already playing,” said Teodoro, who checked in late in the first quarter, in Filipino. “I never expected that I would enter the game that early.”

“I was surprised but I kept myself ready because I’m always watching their games and whatever plays they ran. And I think being a fan helped me,” added Teodoro.

Cone said that he saw big things in Teodoro despite the husky guard failing to earn a contract with Columbian—the original team that drafted him in the third round of the 2018 PBA Rookie Draft.

“He plays with a kind of Johnny Abarrientos type personality where nothing rattles him,” said Cone. “I’ve been watching him since he was with JRU and I saw him in a couple of games with JRU and I was impressed. Then, I saw him in the Maharlika league two or three times where he was just completely dominating.”

“He just caught my eye. I remember Merwin Castelo was a guy that caught my eye and Poch Juinio was a guy who caught my eye, guys that in the past that I just get kind of enamored with. Alex Mallari was another guy when I first watched him play,” said Cone.

“Teytey is one of those guys who just caught my eye so I’ve followed him ever since thinking that he would fit in with what we do,” added Cone.

As for Teodoro, the kind words Cone said about him are going to be added source of motivation as he tries to make a name for himself in the PBA.

“There’s a little bit of pressure because I didn’t expect that I would have this kind of performance,” said Teodoro. “Right now I’m just thinking of putting numbers in quality minutes.”