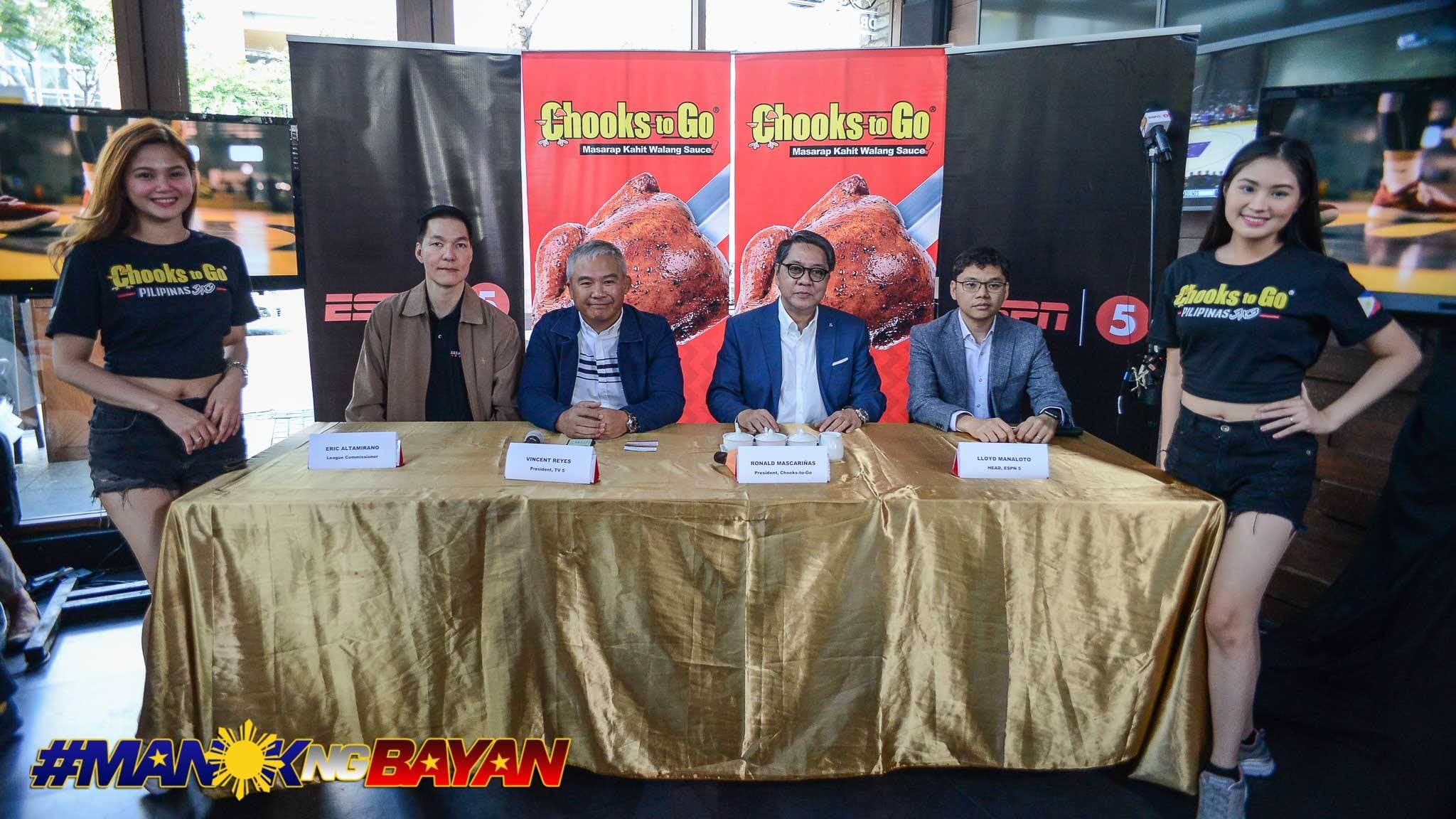 Some of the country’s collegiate stars and former pros will be in action in the Philippines’ inaugural 3X3 league which tips off on February 16.

The Chooks-to-Go Pilipinas 3X3 was officially launched on Monday in a press conference. The league was formed with an ultimate goal of qualifying in the maiden 3X3 event in the 2020 Tokyo Olympics.

“We’re just so excited and happy that there is a concrete step for us to achieve our dream of sending a team to the Tokyo Olympics and this league will generate the most number of points for our country,” league owner Ronald Mascariñas told reporters.

“I’m just so happy that our initial batch of players are really strong and this will be a real treat for the fans. Former professional and collegiate standouts are participating in this league.”

Creating a 3X3 league boosts the country’s objective of garnering ranking points to qualify for the Tokyo Games.

“Without this league, there will be no hope. Let’s say goodbye to our Olympic dream for 3X3. So this is our only way for our country to have a chance because with 12 teams playing, every time they play they rank up points for the country,” Mascariñas said.

“And if we’re able to host the Challenger Cup and there’s a very good chance Fiba will grant us that right to host the Challenger Cup, as a host country they will allow us to field six teams in that international tournament, six Philippine teams playing in that tournament will rack up a lot of points,” he added. “All we need to do is to hold more and more international tournaments here in the Philippines this 2019. So 2019 will be a very busy year for 3X3.”

Twelve city-based teams will be slugging it out in the first conference, the President’s Cup.

Former PBA veterans in Gabby Espinas, Ronjay Buenafe, Dylan Ababou, Mac Cardona and Larry Rodriguez to name a few will be testing their skills on a different basketball stage where the game is played on a much-faster pace.

After the press conference, a preseason tournament was held at Ynares Pasig to help the teams get accustomed to the rules and style of play in 3X3.

Ababou, an original member of the Smart Gilas Pilipinas team, played seven seasons in the PBA before Columbian Dyip surprisingly let him go after the 2018 season.

The one-time UAAP champion and MVP out of University of Santo Tomas said he’s grateful for the opportunity to play in the 3X3 league after he was left unsigned in the PBA.

The likes of Alvin Pasaol, University of the East’s offensive menace, and Kib Montalbo, the defensive ace who just wrapped up his final year with the De La Salle Green Archers in the 81st Season of the UAAP, are just among the young guns the players to watch out for.

Other notable collegiate stars are Larry Muyang of the Letran Knights and Anton Asistio, who helped the Ateneo Blue Eagles repeat as UAAP champions in his final season.

Games will be played either at SM Megamall or SM Fairview and will be shown live on ESPN5.