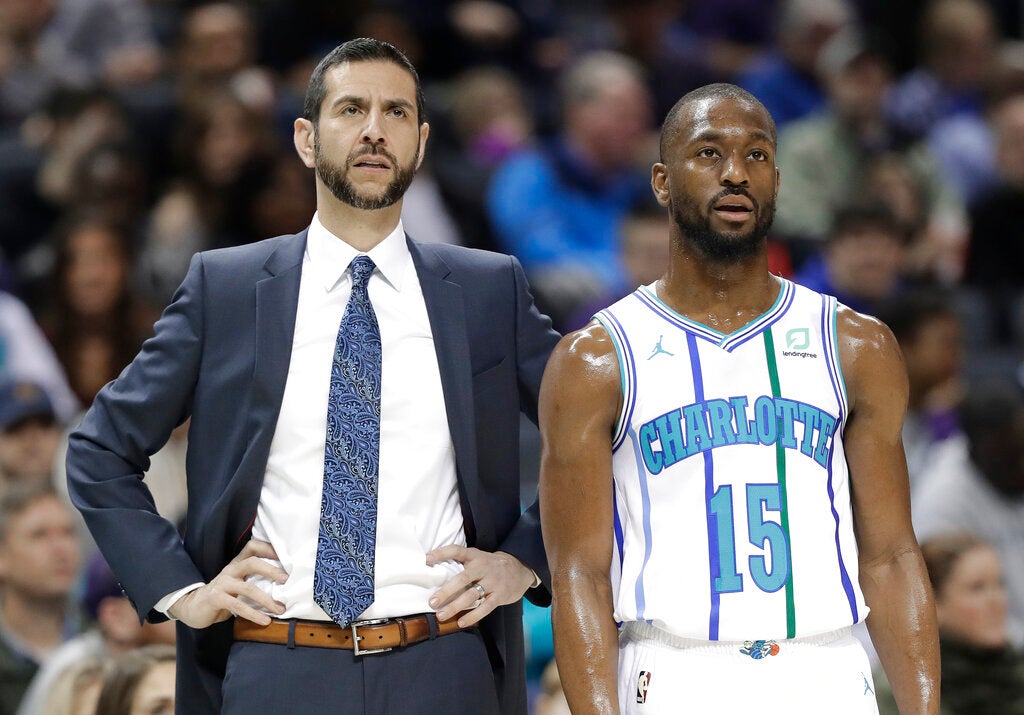 But on Saturday the Hornets turned up the heat on the other end of the court, getting off to a blistering start and matching a season high in points scored in a 135-115 win over the Phoenix Suns.

Charlotte shot 54.5 percent from the field and made 16 of 34 3-point attempts in the wire-to-wire victory.

“It started with our defense,” Lamb said. “We got stops and were able to get out in transition and get some easy ones. And we moved the ball well tonight.”

Charlotte had 31 assists — six each by Lamb and Nic Batum — much to the delight of Borrego.

“Our ball movement was great,” Borrego said. “When we move the ball like that we are a dangerous offense.”

This one was never close.

The Hornets raced to a 29-11 lead, making 10 of 14 shots from the field behind the backcourt duo of Walker and Lamb. They combined for 18 points in the quarter on 7-of-10 shooting. Charlotte extended its lead to 23 by the end of the third quarter.

“Yeah, they just hit us right in the mouth,” Suns coach Igor Kokoskov said. “It was their first punch right to the head. By the time we figured out what was going on, we were down 20 (points). .. Every cut they were making, screens they were setting, everything had a purpose. They were sharper and also had more energy than we did.”

Suns: Once again started three rookies in Mikal Bridges, Deandre Ayton and De’Anthony Melton. .. After an early dunk by Biyombo over Ayton, Booker yelled “Get big!” at his teammate.

Hornets: Honored former Hornets small forward Glen Rice at halftime as part of their 30-year anniversary celebration. Rice is the team’s career leader in 3-point percentage and is the only Hornets player to play in three All-Star games. An emotional Rice said “Wow! Wow! Wow!” while he stood at midcourt after being given a key to the city, and told fans, “I hope I made you proud.”

Kokoskov said the Suns got caught in too many switches on defense.

“A lot of times it’s up and down because we’re still learning and growing, so I feel as if once we lock in on the little details of being great, everything else will follow suit,” Oubre said.

Hornets teammates say they want to see rookie Miles Bridges in the dunk contest at next month’s NBA All-Star weekend here in Charlotte, North Carolina. While he’s still improving as a player and has a lot to learn, the athletic Bridges has put together quite a highlight reel of high-flying dunks.

“Of course, he should definitely be in there,” Lamb said.

Bridges said he is looking forward to having a chance to compete, but said he hasn’t heard anything definitive from the league.

Walker isn’t just a scorer for the Hornets. The 6-foot-1, 184-pound Walker has shown he’ll do anything to win, including taking 15 charges this season — tied for fifth-most in the NBA. He drew another in the third quarter against the Suns.

Suns: At Minnesota on Sunday night.

Hornets: At Indiana on Sunday night.