‘I beat him’: Adrien Broner insists he controlled fight vs Manny Pacquiao 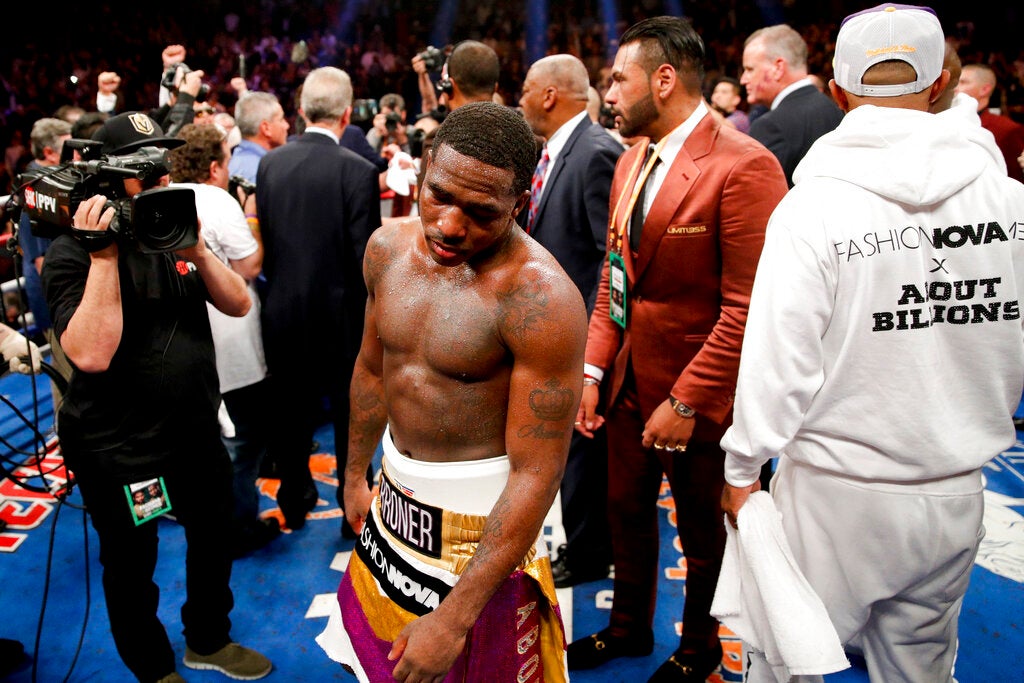 MANILA, Philippines—Adrien Broner suffered one convincing unanimous decision loss to Manny Pacquiao in their welterweight title fight and yet he had the audacity to call himself the true winner of the lopsided bout.

“I beat him, everybody out there knows I beat him,” said Broner who even said that Gray was against him.

“I beat him. I controlled the fight. He was missing, I hit him clean more times. I beat him.”

Broner did have his moments when he landed several clean shots to Pacquiao’s head but the Filipino was on another offensive and defensive level.

The 29-year-old challenger was on the receiving of a brutal beating in the seventh round when Pacquiao, 40, pinned him against three separate corners.

Broner had no choice but to clinch Pacquiao to avoid extra punishment.

Pacquiao, however, wasn’t done in the seventh when he connected with a booming left straight that sent Broner rocking with the American having enough wits to back pedal and lean on the ropes to avoid going down.