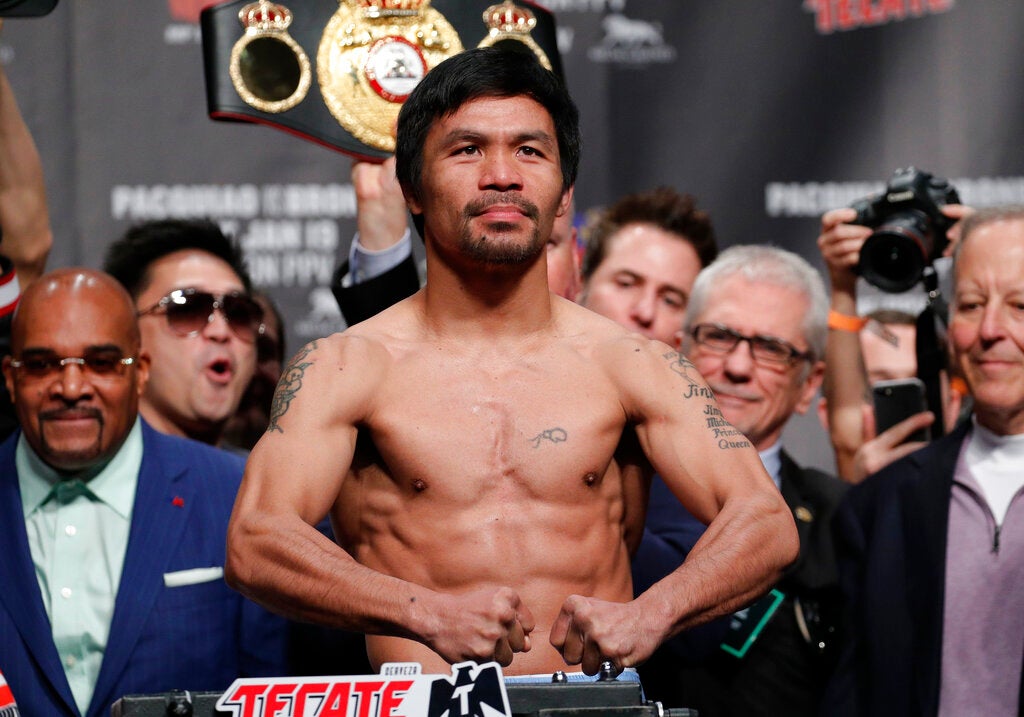 Manny Pacquiao poses on the scale during a weigh-in Friday, Jan. 18, 2019, in Las Vegas. Pacquiao is scheduled to fight Adrien Broner in a welterweight championship bout on Saturday. (AP Photo/John Locher)

HOLLYWOOD — Manny Pacquiao’s posh Larchmont area residence has been reported ransacked Sunday evening just when he was returning from triumph over Adrien Broner in Las Vegas the previous day.

Police cordoned off the house on North Plymouth Blvd after a private citizen reported of a burglary, according to reports.

Team Pacquiao members, however, said it was the LAPD which discovered the break-in upon a routine drive by.

Bobby Pacquiao, the brother of the eight-division world champ, said it was already the second time the house was burglarized.

Authorities have not yet accounted the missing items from the house but his US-based publicist Fred Sternburg said “nothing substantial was stolen.”

The house was left unattended for one week as all members of Team Pacquiao left for Las Vegas for the Broner fight.

Now questions were raised why nobody among Pacquiao’s large crew was assigned to take care of the property which is reportedly worth $3 million excluding its content.