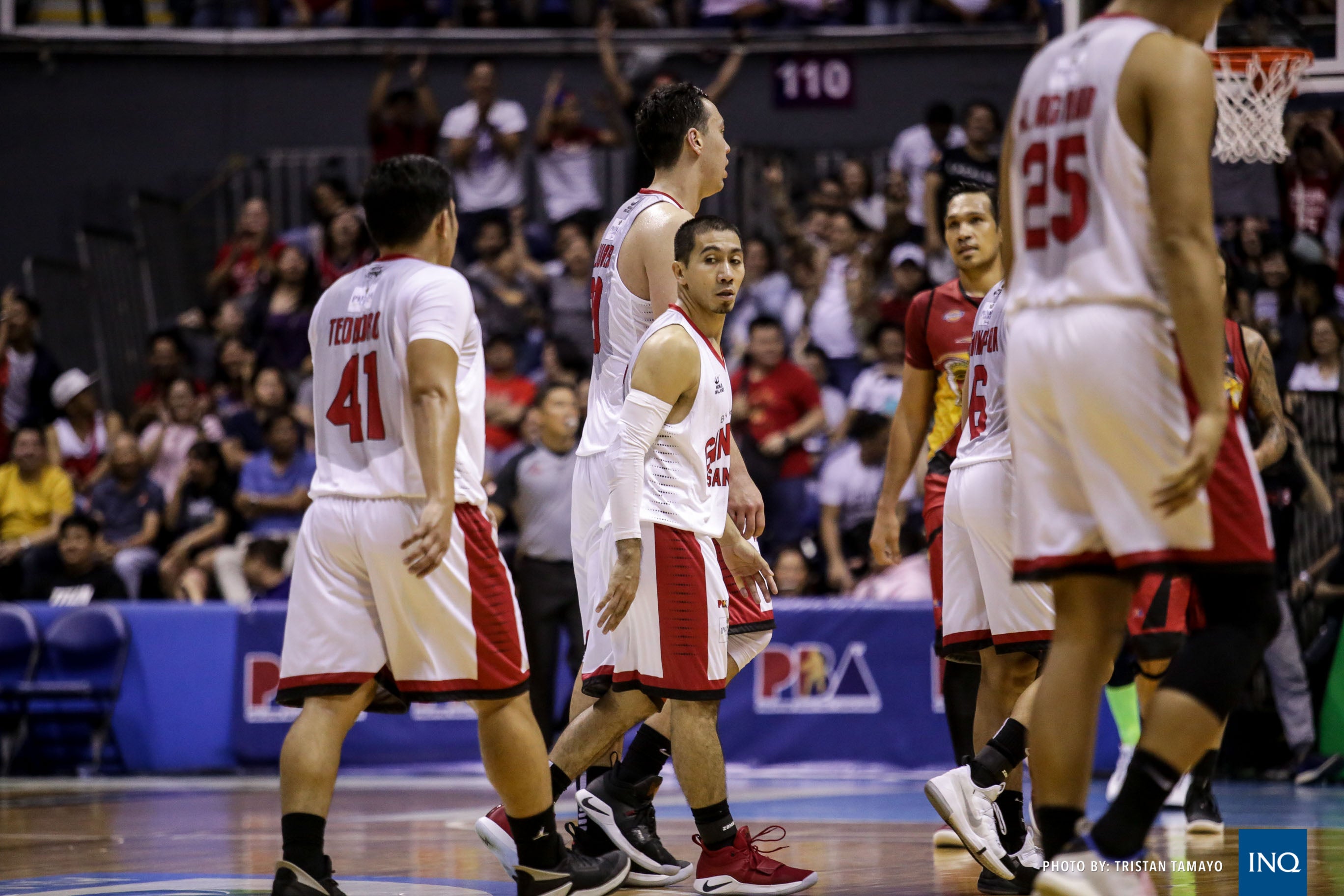 MANILA, Philippines—Barangay Ginebra was given a slice of humble pie when it lost to San Miguel, 99-91, in the PBA Philippine Cup Sunday at Smart Araneta Coliseum.

The loss may have hurt, but there was one silver lining in the middle of it and that was the trust Gin Kings head coach Tim Cone gave rookie Teytey Teodoro.

Cone gave point guard duties to Teodoro in the final minutes of the game that saw the Gin Kings go on a spirited 32-16 run in the fourth to pull within five, 94-89, after trailing, 78-57, against the reigning four-time Philippine Cup champions.

Teodoro, who signed with Ginebra after impressing Cone in tryouts, said he was surprised that Cone even gave him a chance to finish the game let alone be in the middle of orchestrating everything.

“I’m surprised because coach Tim trusted me although we fell short in the end,” said Teodoro in Filipino.

Teodoro finished with six points and three assists and both of his field goals came from long distance during Ginebra’s frantic fourth quarter run.

“For me, I’m just ready whenever coach Tim calls me to play, and of course, that’s added confidence for me,” said Teodoro, who played for 12 minutes.

Although Teodoro is a rookie, and a tryout at that, All-Star point guard LA Tenorio said he wasn’t surprised when his young teammate got to play as a closer.

“It’s a big deal for us when we’re in that kind of situation we’re just in there was Teytey,” said Tenorio. “I think coach Tim looked for a spark and Teytey made that spark when he entered the game.”

Tenorio, who had 24 points, six rebounds, and five assists, added that Teodoro reminded him of Scottie Thompson when the 2018 Commissioners’ Cup Finals MVP was just a rookie in 2015.

“It reminded me of when Scottie first came to the team and he had a similar way of providing that spark and eventually he found his rhythm,” said Tenorio. “Hopefully, that’s what will happen with Teytey. Of course, he still has to adjust but he already looks like he’s a veteran. He knows what he’s doing and he’s a smart player.”