Meralco climbs out of 21-point hole and finishes off TNT with a flurry
By: Denison Rey A. Dalupang - Reporter / @sonrdINQ
Philippine Daily Inquirer / 05:35 AM January 31, 2019 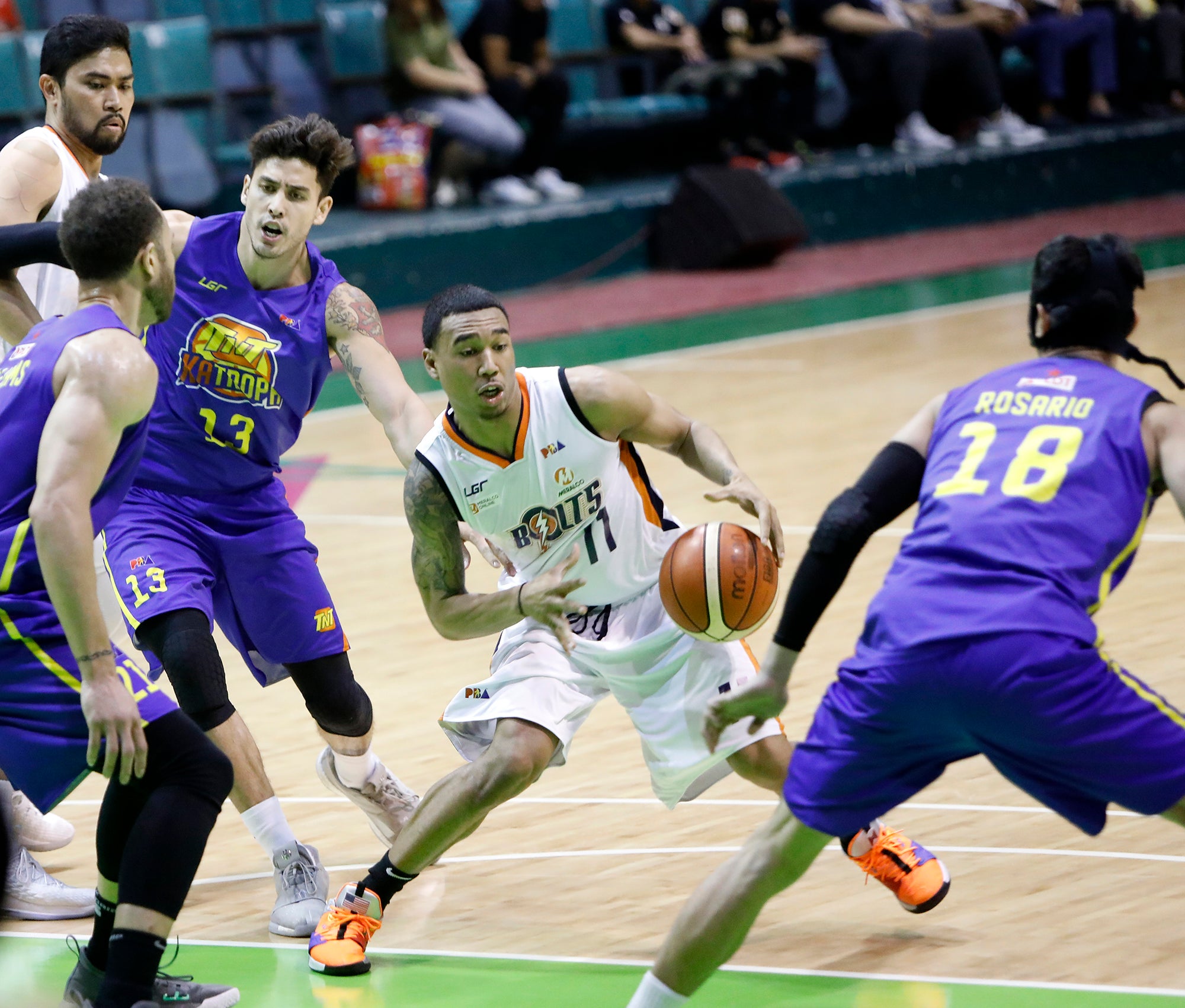 Meralco had another bad start on Wednesday night, but, thanks to some old-fashioned perseverance, roared back to life in the second half to stun TNT KaTropa, 88-77, and get back on track in the PBA Philippine Cup at Cuneta Astrodome in Pasay.

Coach Norman Black tried shuffling his starting lineup in order to avoid another bad jump out of the gates, but instead got a mighty finishing kick from his Bolts in improving to a level 2-2 and tying for fourth spot.

“We’ve been getting off to bad starts this conference, that’s why I tried to switch my starting lineup,” said Black, whose charges nonetheless still fell behind by 21 points early. “The only fortunate thing was it was only for the beginning of the game, so we had a lot of time to recover.”

Chris Newsome and Baser Amer took turns hitting big shots that got the Meralco rally going in the third period, before the Bolts’ defense frustrated the favored Texters in the stretch that sealed the win.

Newsome, the former Rookie of the Year, finished with 20 points, while Amer had 17 as the duo led three others in scoring twin figures for Black.

TNT came into the game as the logical favorite, having come off two straight wins capped by a 104-93 decision of four-time defending champion San Miguel Beer last Sunday.

And the Texters indeed played that way, opening up a 30-9 lead early in the second before everything seemingly went in disarray that resulted in their third loss in five games.

“It was good that our defense wasn’t bad in the first half, because if it was, we would’ve gotten blown out right there,” Black said. “We just tried to hang in there and we tried to get into the halftime break with a manageable deficit.”

Jayson Castro, the star in that win over San Miguel, had 20 points to lead all TNT shooters.

“Tonight our communication, particularly on defense, was a lot better,” said Black, whose squad now joins Columbian and San Miguel in a logjam at No. 4.

The Bolts move on to face NLEX at Ynares in Antipolo this Saturday, while the Texters will try to bounce back when they go up against Magnolia at MOA Arena on Sunday.