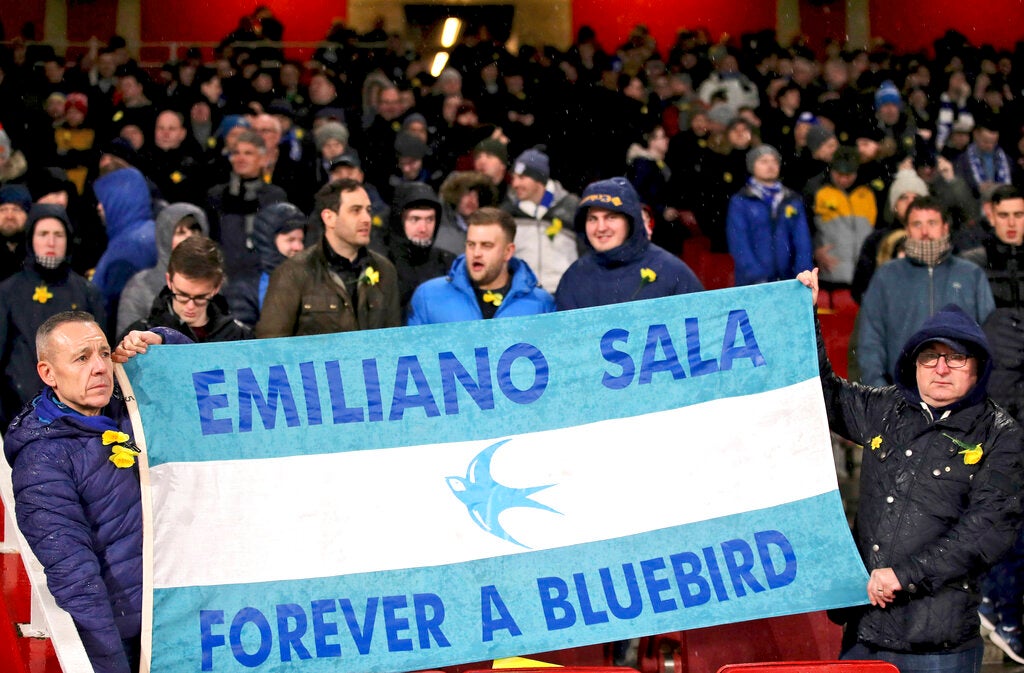 Cardiff City fans hold a banner in the stands, reading ‘Emiliano Sala Forever a Bluebird’, ahead of the match against Arsenal, before the English Premier League soccer match at the Emirates Stadium in London, Tuesday Jan. 29, 2019. Tonight should have been the debut match for Emiliano Sala, who is believed to have died in a plane crash Monday Jan. 21. (Nick Potts/PA via AP)

LONDON — Air accident investigators say two seat cushions have been found which are likely to have come from the plane carrying Argentine soccer player Emiliano Sala.

They are the first traces of the plane to be found since it disappeared over the English Channel on Jan. 21 as it flew from France to Wales. Sala had just been signed by Premier League club Cardiff.

British authorities say their French counterparts found parts of two seat cushions on a beach near Surtainville in northwest France.

Britain’s Air Accidents Investigation Branch says “from a preliminary examination we have concluded that it is likely that the cushions are from the missing aircraft.”

After an official rescue operation for the light aircraft was called off on Thursday after three days, Sala’s family raised money for a private search.

Now the AAIB says it has commissioned a vessel to conduct a search of the seabed starting this weekend.