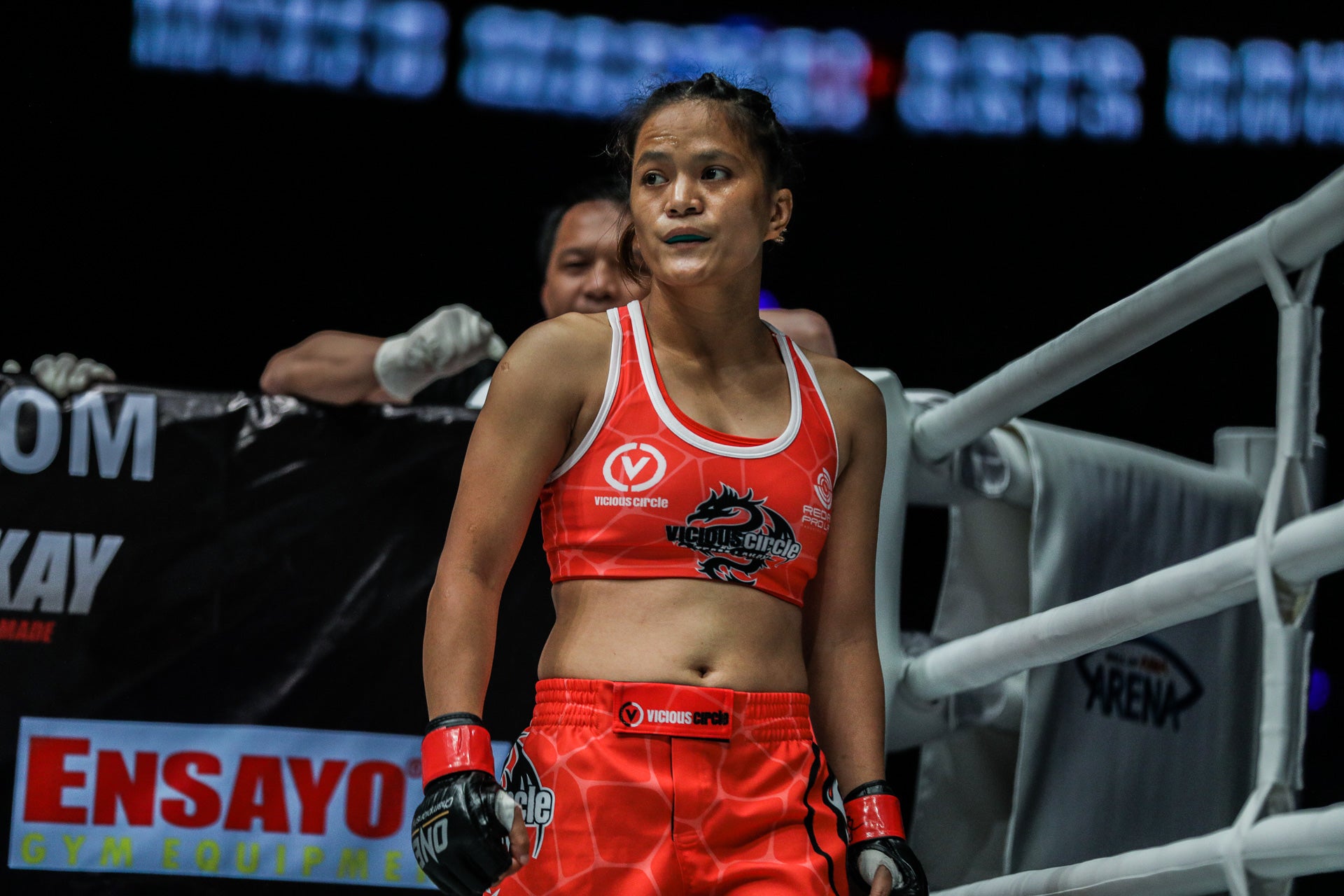 MANILA, Philippines—Watching her stablemates Geje Eustaquio and Joshua Pacio lose their gold in ONE Championship lit up a fire in Gina Iniong and she vowed to win every single fight presented upon her with conviction.

Iniog will take her first step towards her personal quest when she takes on Jhin Radzuan in the undercard of ONE: Clash of Legends on Feb. 16 at Impact Arena in Bangkok.

“They can expect an aggressive and determined Gina Iniong. Anything can happen in a fight and I don’t want it to go the judges’ scorecards,” said Iniong (7-4).

Pacio was the first of Team Lakay’s World champions to lose his strap when he lost his World strawweight belt to Yosuke Saruta on Jan. 19 while Eustaquio lost his World flyweight championship to Adriano Moraes six days later.

Iniong, a six-time Philippine Wushu Champion, was regarded as one of the best atomweights coming up in ONE promotion having won her first matches in the promotion until she lost to Mei Yamaguchi in November of 2017 via unanimous decision.

She then went on to split her next two matches winning against Jenny Huang via unanimous decision before losing to Istela Nunes in the same manner in her last fight on July 7, 2018.

Despite her recent struggles, Iniong is determined to put on a show and start off 2019 on the right foot.

“I am still hoping to get a shot at the ONE Women’s World atomweight title and fight Angela Lee,” said Iniong. “One of my dreams is to challenge her because I want to be a World champion.”

“I am working double hard in training by pushing myself to the limits. I follow my coaches’ advise in every turn. We focus on my weaknesses in training and they gave me a lot of time on my ground game.”